We have officially been celebrating Valentine's Day for 5 days now!  This is like the never ending holiday!!  Well, since Friday was the actual holiday and we were STUCK inside all week...we didn't have an presents for Emma & Evan on Friday.  We made a trip to Wal-Mart Friday night and it was a nightmare!  The place was packed!!  Thankfully, we got what we wanted plus a little extras and headed home out of that craziness in Greenwood!  Saturday morning when E&E got up...we had everything set up.  They each got a fish and the accessories that go with it, goldfish snacks, the "Finding Nemo" movie, some new markers and a kite!  Okay, the markers and kites weren't on the Valentine list...but since I saw them...I had to get them.  Last year at the beach a girl had a kite and E&E were amazed by it.  Now...they have their own.  Windy March will be here soon!   Here are a couple pictures. 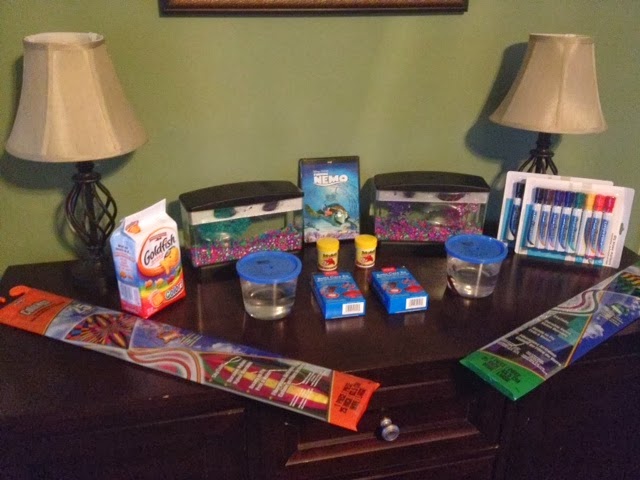 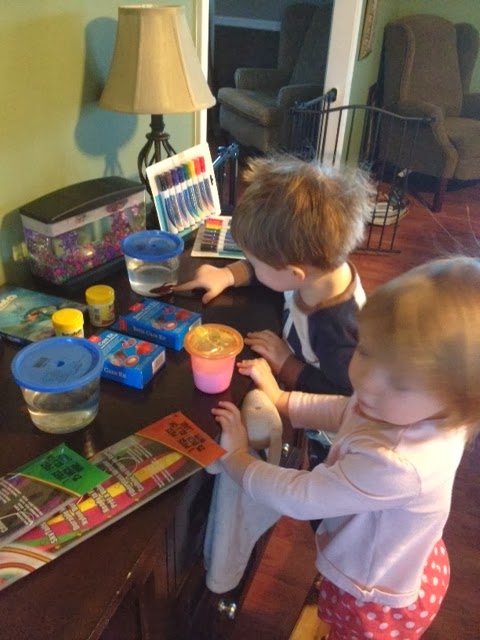 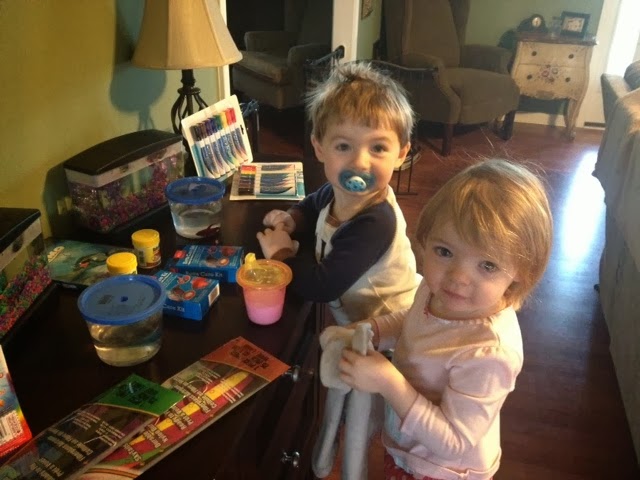 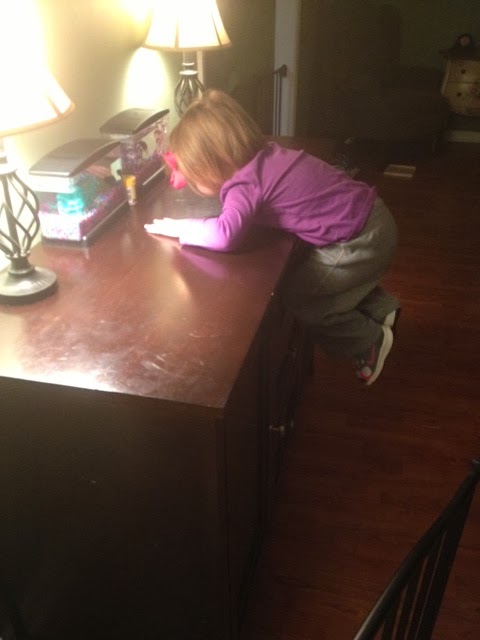 They love their fish.  We feed them twice a day and they get to help!  Sunday, they got some books from Aunt Katie & Aunt Alison.  MaMa & PaPa gave them a new cd player, cd's, and a few movies.  Don't let me for get the candy!  Monday we celebrated with a Valentine party at school.  They got to wear their new shirts mommy made them!  Are they cuties or what?? 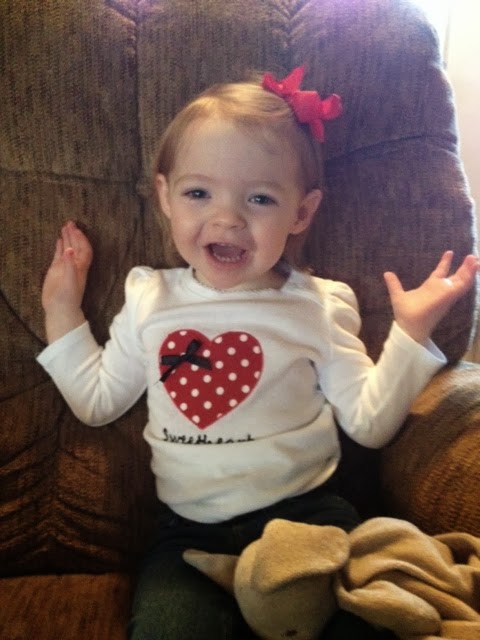 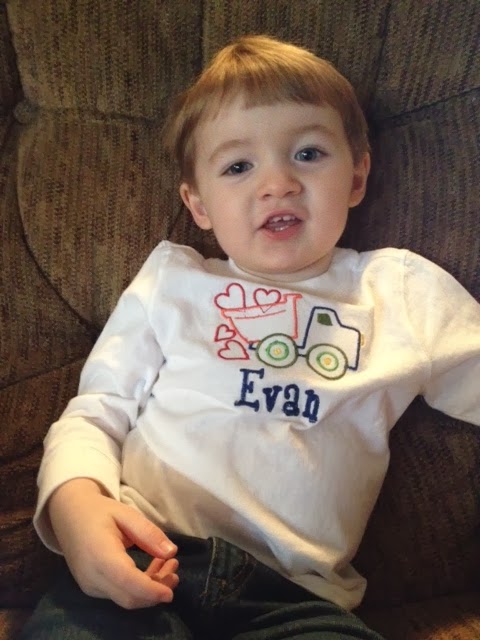 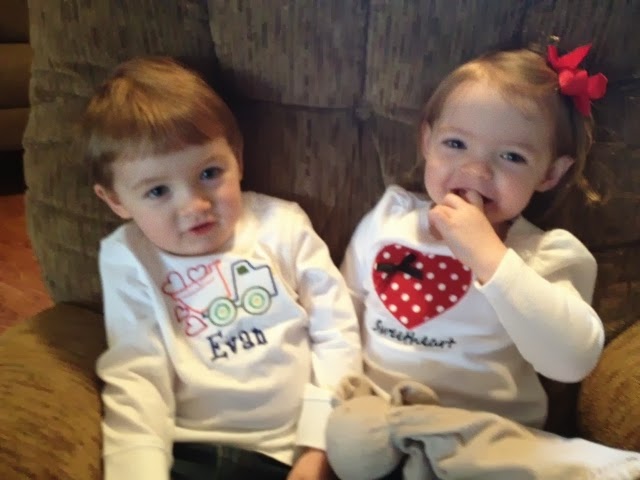 These were our little Valentines for our classmates.  The tag says "Bear Hugs" from Emma & Evan and it is a bag of teddy grahams.  They were CUTE...or at least I thought they were. 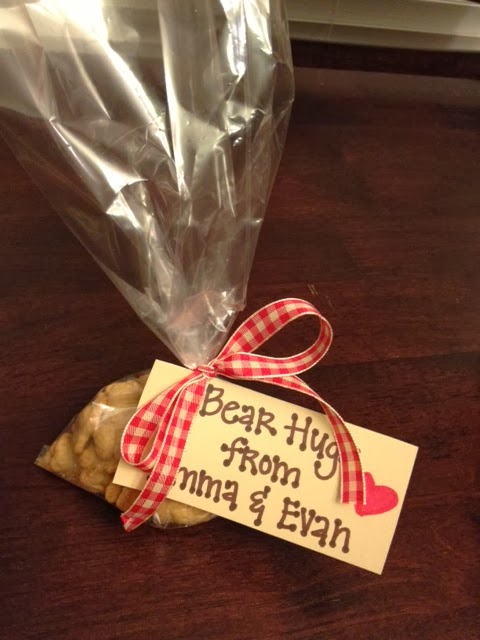 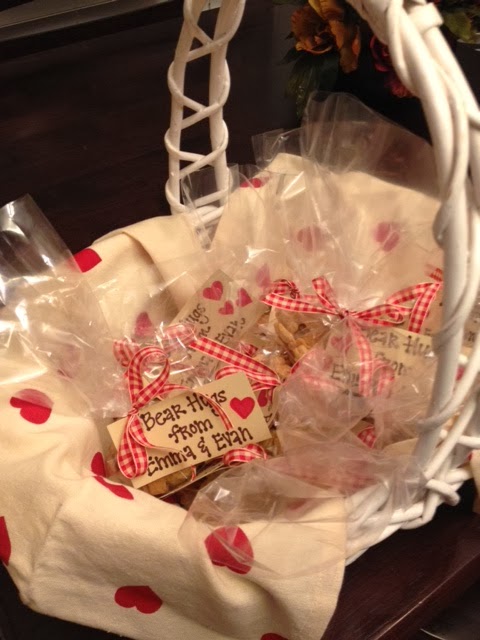 I think they had a good time at this party.  I had signed up to help with the party today...so I had to take fruit, cheese, & chick nuggets.  We only had 6 there.  Two had to go home for various reasons.  These were the only two pictures I could get. 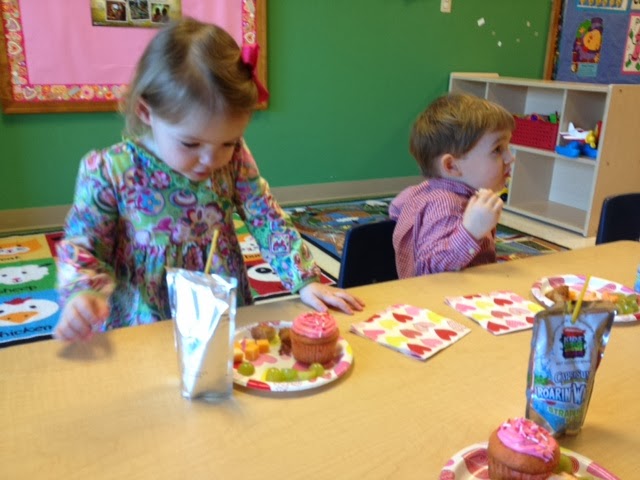 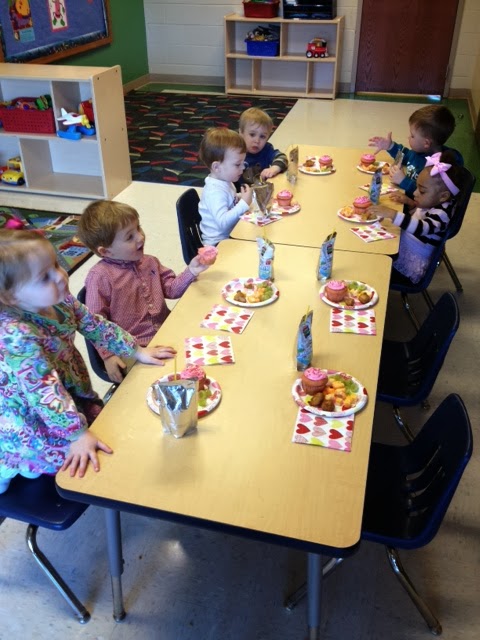 Hope you all had a good Valentine's day!!  Oh yeah...what about he earthquake???  Justin and I were standing in our bathroom talking when it happened.  We just kind of stood there while the shaking was going on.  After it was over, he threw me out of the way and headed for Emma & Evan's rooms.  He thought a car had hit our house.  Once we realized they were okay...he headed outside.  His next thought was another tree had fallen in our back yard since they ground was so soggy.  I decided to look at Facebook while he was outside gallivanting around and the first post I saw was from Ashley in Union asking what they heck that was that caused her house to shake.  I knew if it was felt in Greenwood and in Union...it had to be an earthquake.  Emma & Evan slept through the whole thing.  Cody never once barked.  If I hadn't felt it myself...I wouldn't believe anything was going on around here.  We missed the second on on Sunday.  I think we were asleep at that time taking us a nap!  It's crazy the weather we are having around here.