Off to the circus...

Yes, this is another post in the same day.  This one will have lots of pictures...so it needed a blog of it's own.  We have been looking forward to the circus.  We left about 9:00 this morning, picked Justin up, and headed to Greenville.  We didn't really care to be there for the pre-show because we knew we would already be pushing it with the two of them sitting there almost two hours watching the real show.  We got to the arena right about 5 til 11:00.  We got in and found our seats.  Thanks to Katie and Alison...these seats were perfect!  We were literally about 5 or 6 rows from the floor and were on the outside...so we couldn't have picked better seats ourselves.  Emma was not a fan at first.  As soon as we got in and they were playing music...she started crying wanting to leave.  She didn't scream and all like she normally does...she just laid her head on my shoulder almost as if she was just going to go to sleep.  After about maybe 10 minutes I convinced her to look at all the things going on around us and she did.  She still was not a fan of the motorcycles and wanted to leave when they came out...but for the most part she did MUCH better than I was expecting.  Evan loved it all!  He has been talking about animals for a week now.  Here are a few snap shots from our first circus!!! 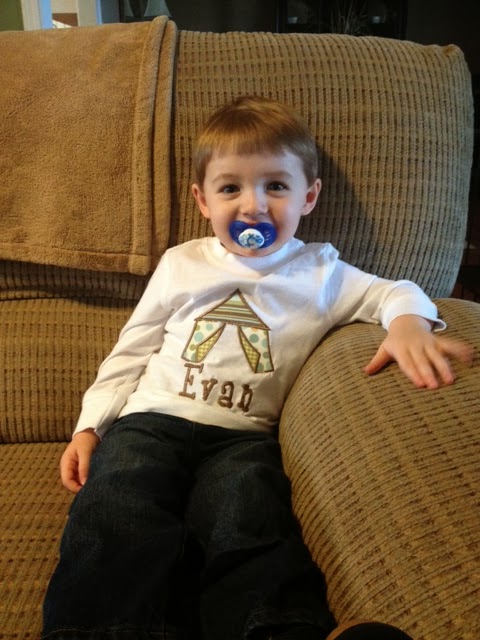 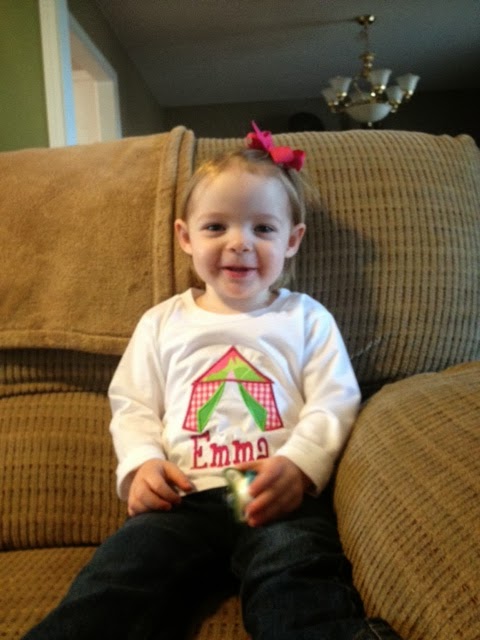 Here are my two sweeties in their cute circus shirts...made by me!! These aren't in order...but this was a kangaroo doing tricks! 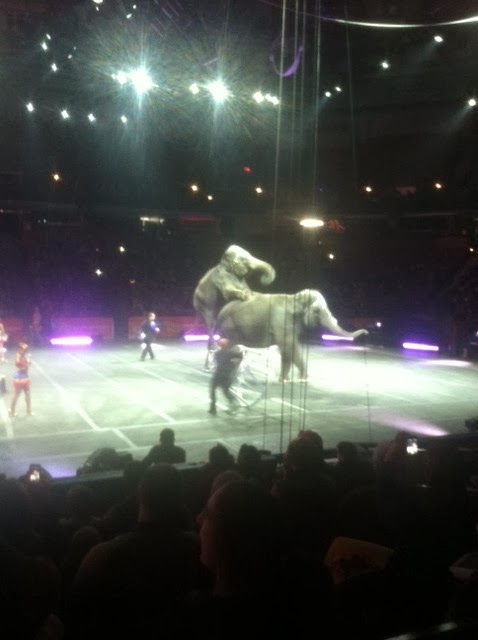 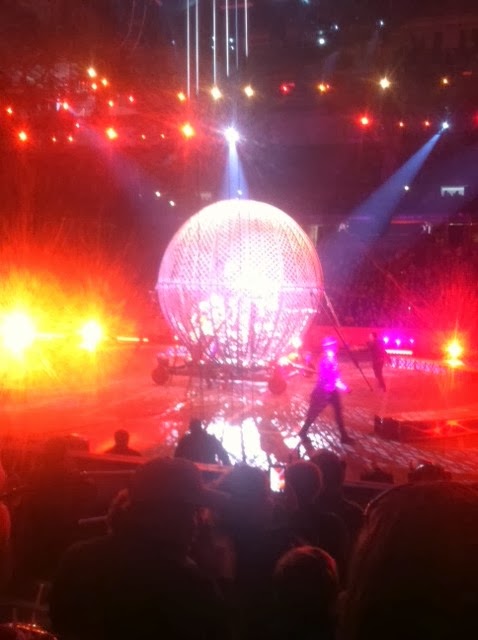 These were the dreaded motorcycles.  This was a pretty cool act though! 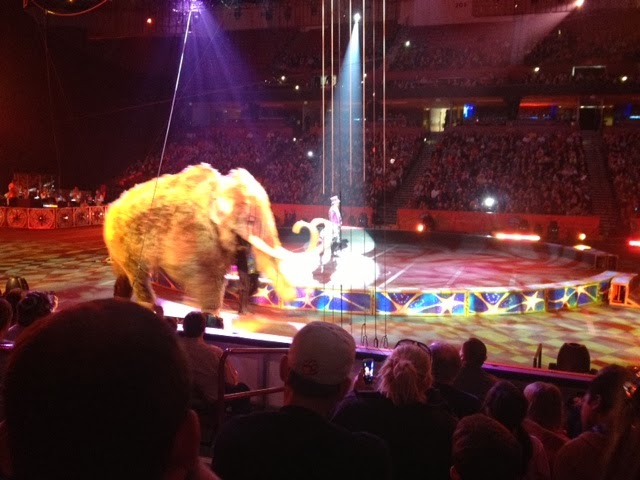 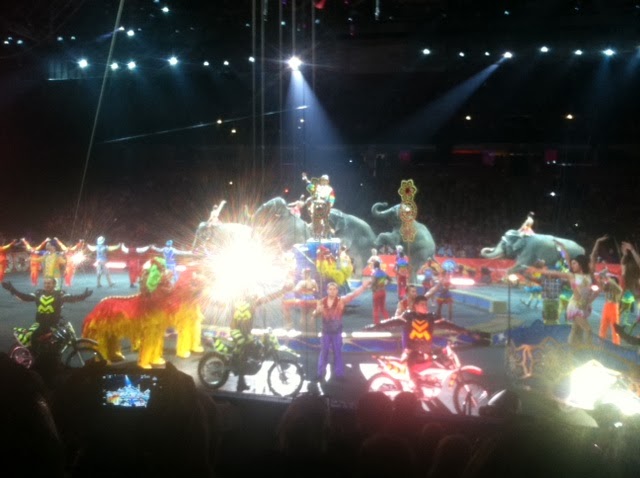 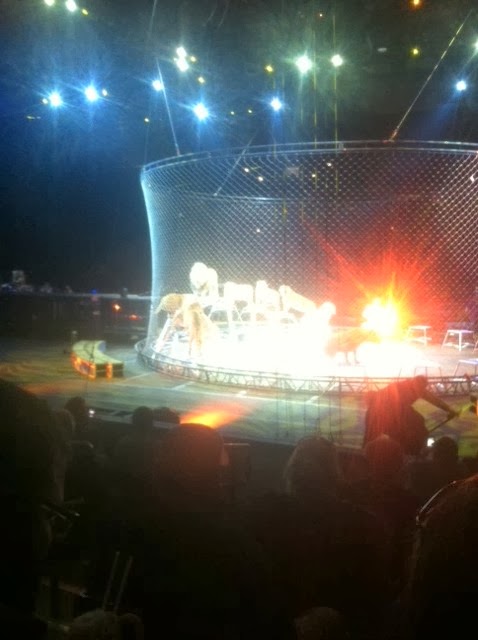 The lions and tigers! 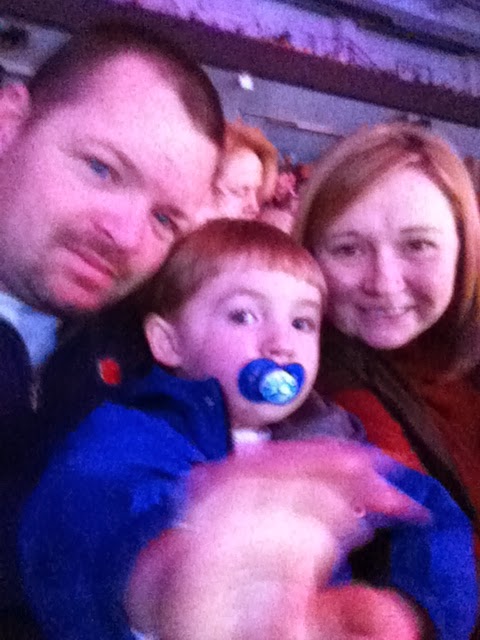 A partial family shot!  It's hard to take a picture of all four of us without help! 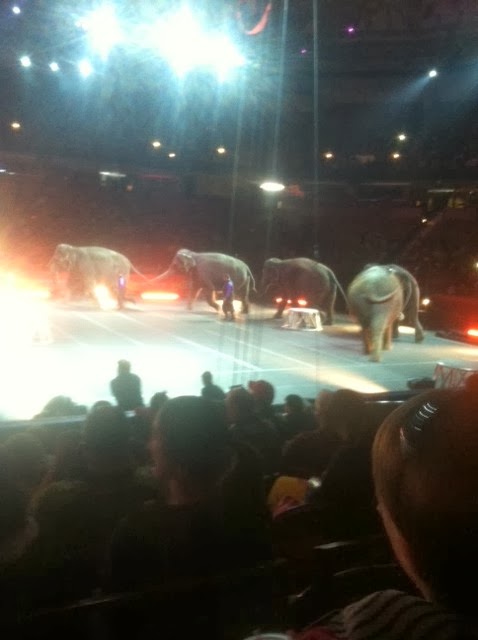 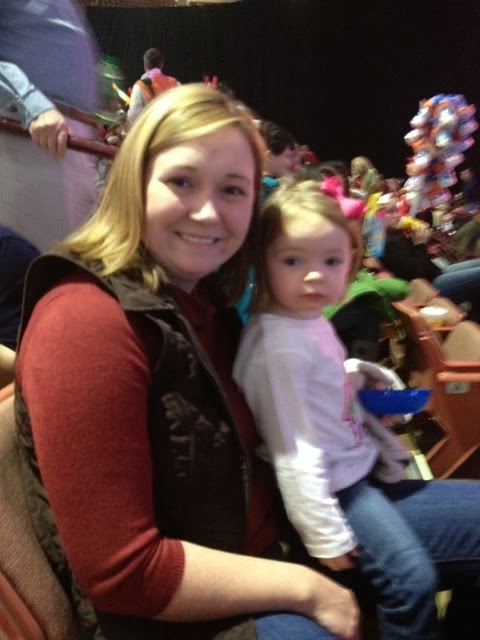 Me & my sweet girl at intermission! 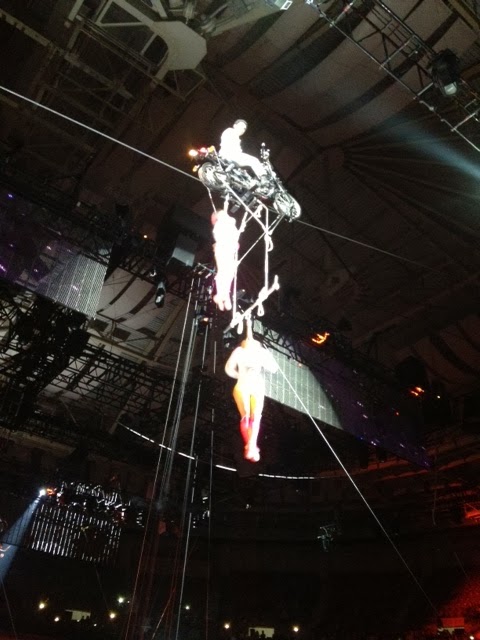 This was literally right over our heads.  It was pretty cool too! 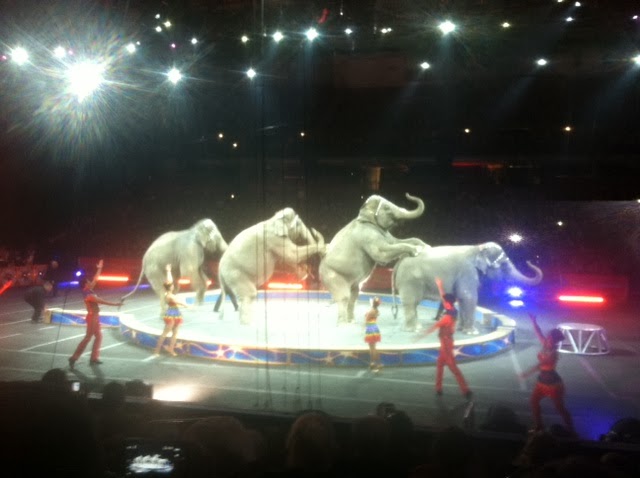 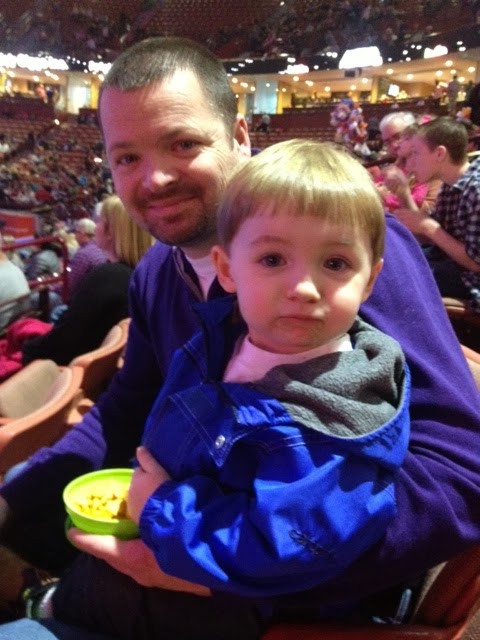 My two boys at intermission! 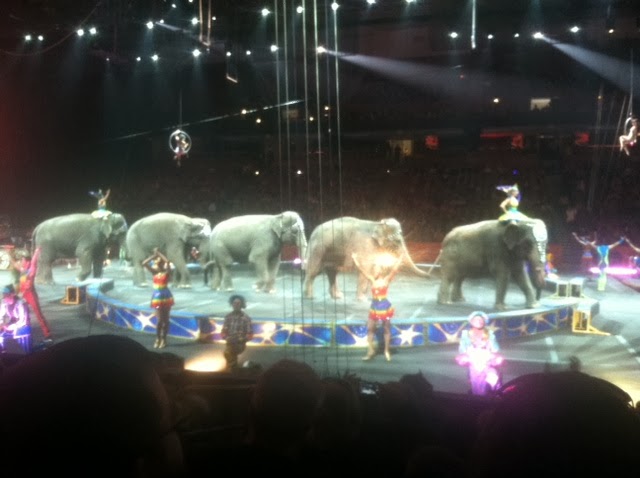 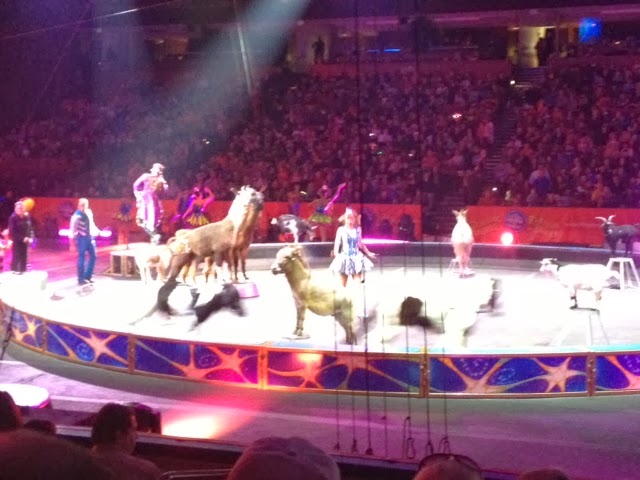 The show ended about 1:15.  We got in the car and headed home.  They were both out before we hardly got out of our parking area.  So, we headed back to Greenwood.  Our television started messing up this week so we had to go get a new one.  Then, we decided to stop by Katie's for a while.  This picture right here is why we have to watch 101 Dalmatians all the time...because Evan LOVES Amos!  Although he isn't a dalmatian...he looks kind of like one! 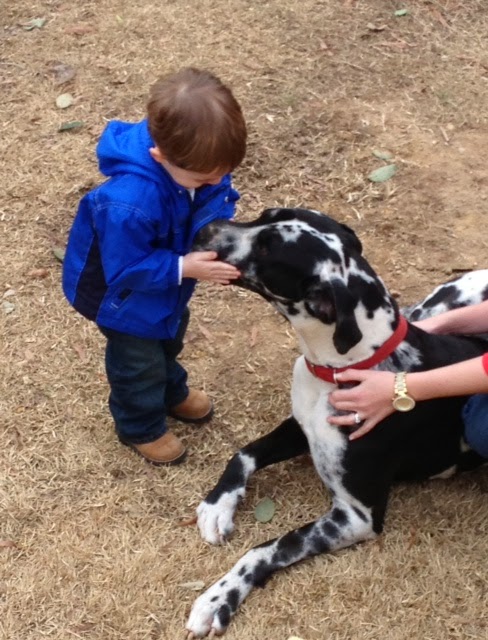 Our naps today consisted of maybe 30 minutes so we knew it would be early bedtimes.  So, tonight as Justin and I were washing the supper dishes our sink decided to start leaking.  It was the garbage disposal that we don't use anyway...so it looks like Justin will be heading to Lowe's tomorrow to figure out how to get this thing out and us just have a normal sink.  We have a guy coming next week to give us an estimate on some things we want done around the house.  So, unless things quit breaking on us...we might have to put our remodeling jobs in hold!  :)  That's life though.  Anyway...it was still a great day!  We had an awesome time at the circus and can't wait to go again!!
Posted by mreid496 at 6:56 PM