Before I even begin this blog...let me warn you...I am one sad momma!  This week we got the proofs for Emma & Evan's school pictures.  Given that Jillian had to help make picture time happen for these two...I wasn't expecting good pictures.  They got one of Evan and three of Emma...which was better than I was hoping.  Once I looked at the proofs...I almost cried.  I literally wanted to say who are these kids and where did my babies go???  See for yourself...they look all grown up! (Ignore the Life Touch Proof stamp!) 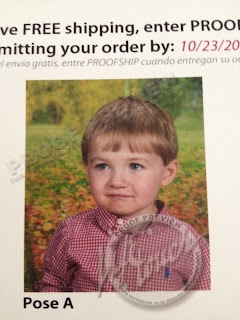 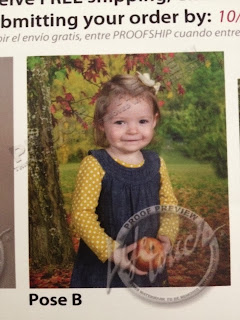 See what I mean??  They don't look like babies anymore!  On another sad note...we made the switch to each one having their own room Friday night.  I again cried knowing my babies were big enough for their own room.  The girl I knew that wanted the bedroom suit came and picked it up Friday.  So, once she left I got to work cleaning our closets and dressers to make room for Emma's new room!  Once Justin got home from work we moved the crib!  Thankfully...we were able to get it in the new room without taking it apart...so it can be easily moved back if need be! :)  It was late when we got home Friday night because we had to go by Aunt Katie's before we left Greenwood.  She had E&E a present.  What was the present you might ask...it was a Halloween book & pumpkin and glow in the dark pj's! 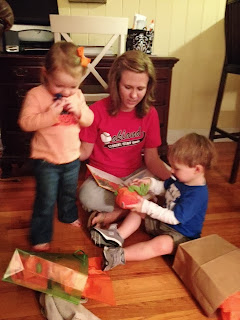 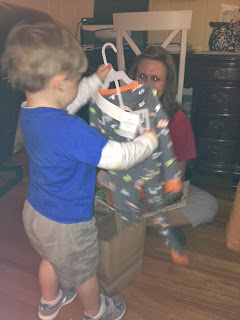 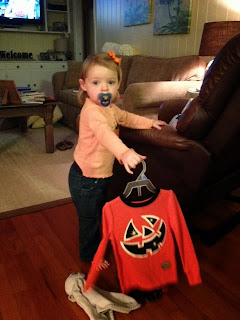 How cute right???  I thought so but E&E didn't.  Katie took them in a closet in her room and turned off the lights.  The pj's started glowing and Emma & Evan started screaming.  I was hoping it was just from the dark and not from the pj's!  It wasn't because they slept in the pj's Saturday night and were fine.  So, it must have been the dark closet!  Back to the big switch...once we got home E&E were already beyond tired and we were dreading how our night would go.  Unfortunately they didn't just lay down and go to sleep.  They both cried.  Evan was crying because he thought Emma was still up playing and he was in his crib.  Emma cried because she wasn't sure what she was doing in the guest room.  So, I rocked Emma to sleep and Justin let Evan sit with him in the den and watch football.  Then, I rocked Evan to sleep and they both slept the rest of the night in their own cribs in their own rooms!  Yay for night #1!!!  As for night #2...Emma went straight to sleep when we laid her down.  She had about a 30 minute nap all day so we was exhausted!  Once again...I had to rock Evan!  Once he was down though...they both slept all night in their own cribs in their own room again!  Yay for night #2!!  As for tonight...they both decided to forgo nap time today so they were EXTREMELY tired.  Here is it 7:30 and they are both out!  Emma went straight to sleep again and Evan only cried for about 5 minutes!  So...hopefully next time I blog I can say yay for night #3!! :)  While I am on the whole switching rooms topic...these are the cute pictures I found at Hobby Lobby for Evan's room, while we were shopping for birthday party stuff! 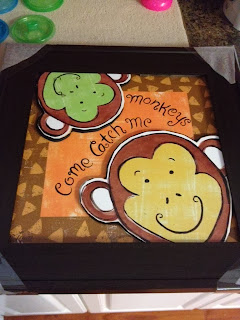 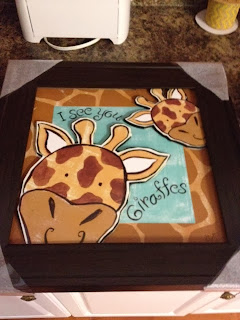 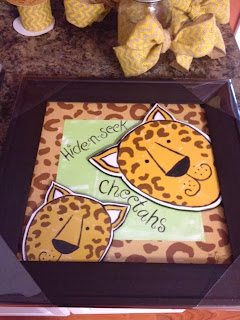 They will go PERFECTLY with his animal curtains and bed skirt.  I just love Hobby Lobby and their craftiness!!  I think I may order Emma's initials for the wall in her room!  Not really sure about that just yet though!  So...wouldn't you agree I don't have babies anymore???﻿?