E&E are turning three so we had an Art Party!!

Wow...this weekend was a packed full one!  Four birthday parties and a baby dedication all on the same weekend was CRAZY but we made it too every party!  Friday night we were up until 11:00...my mom included...getting everything set up for Emma & Evan's party!  Remember how cold they were predicting the weather to be??  We couldn't set up everything outside and expect people to stay out there in the cold so we decided to set up in the garage.  Let me just tell you we have worked for weeks to get that garage cleaned out!  Not that it didn't need it though!  This just gave me a reason to make Justin get rid of some junk! Justin has a friend that has a heater so we tested it out Friday night.  We closed the garage door and turned in on and it warmed up quite a bit in there!  So, we had a plan in case the predicted cold weather did arrived.  Saturday morning at 10:00, I had to be in Greenwood to pick up E&E's cakes so we stopped by Emma Price's party and then on our way back home we stopped by Lillianna's party!  We ended up back home by 11:30 to finish getting ready for our party!  It turned out to be a lot warmer than we had originally thought so we left the garage door open and didn't turn on the heater until later in the afternoon.  So, I am not going to go into every little detail instead I am just going to share some pictures!  I think it all went really well.  Emma & Evan had a blast!  They have talked and talked about their painting party!  Their happiness made all my hard work well worth it! 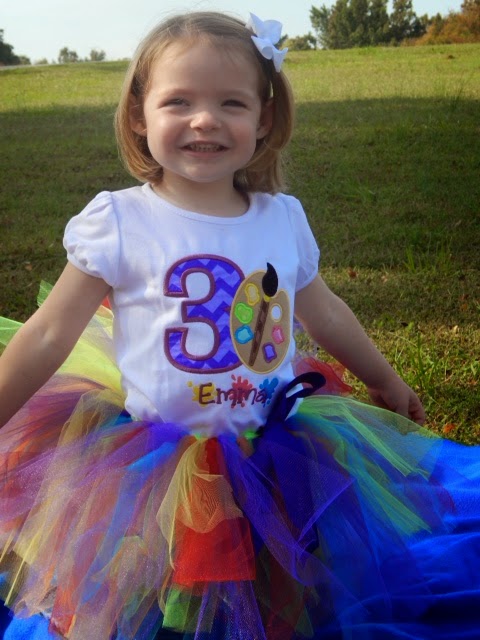 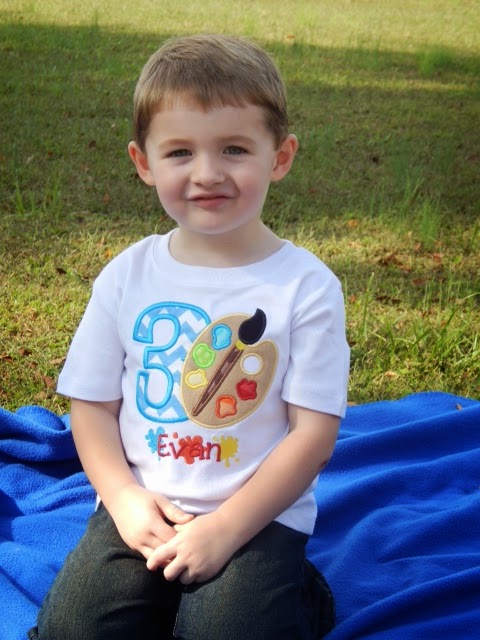 My three year olds!!  I can't believe these past three years have gone as fast as they have! 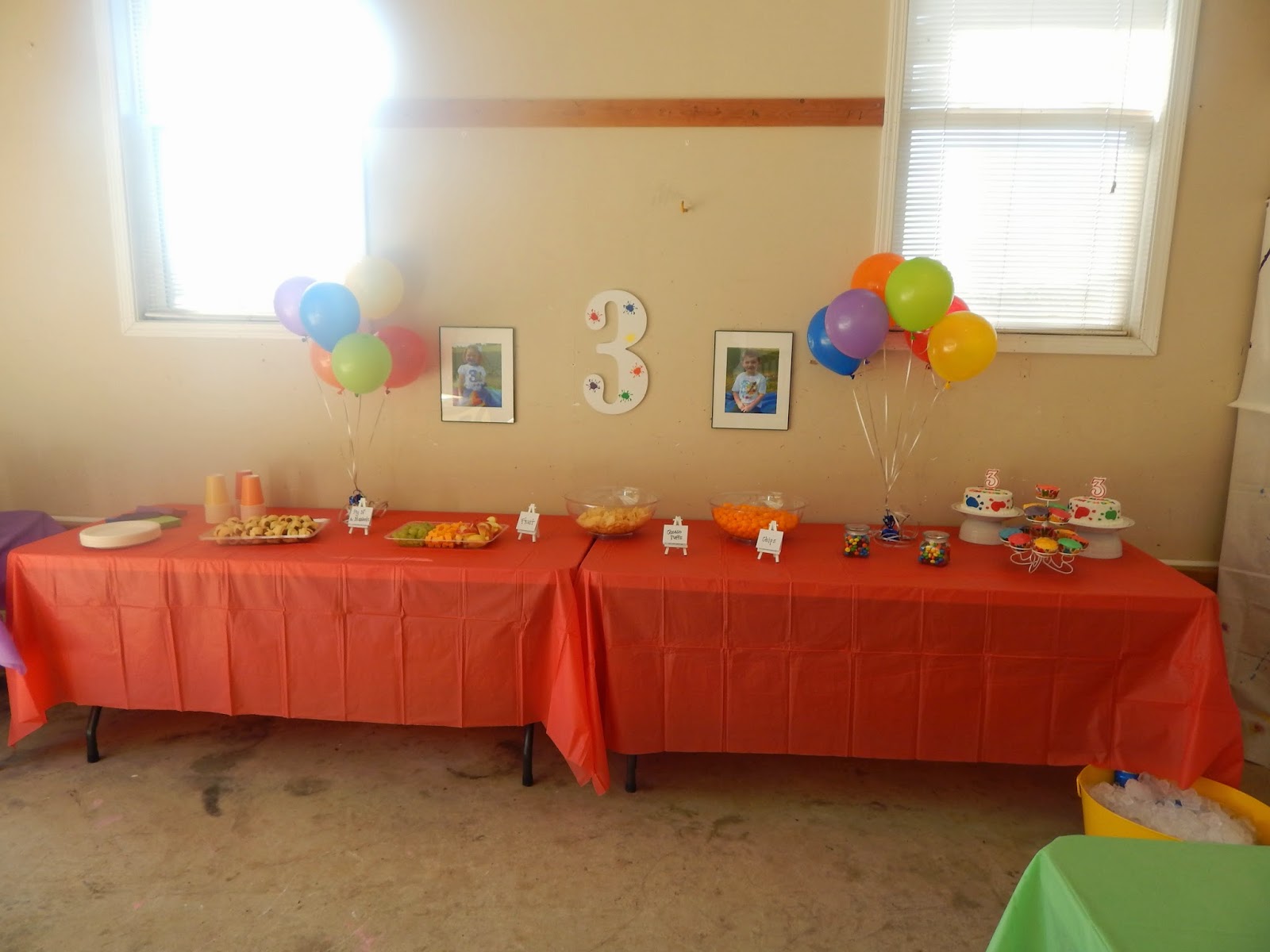 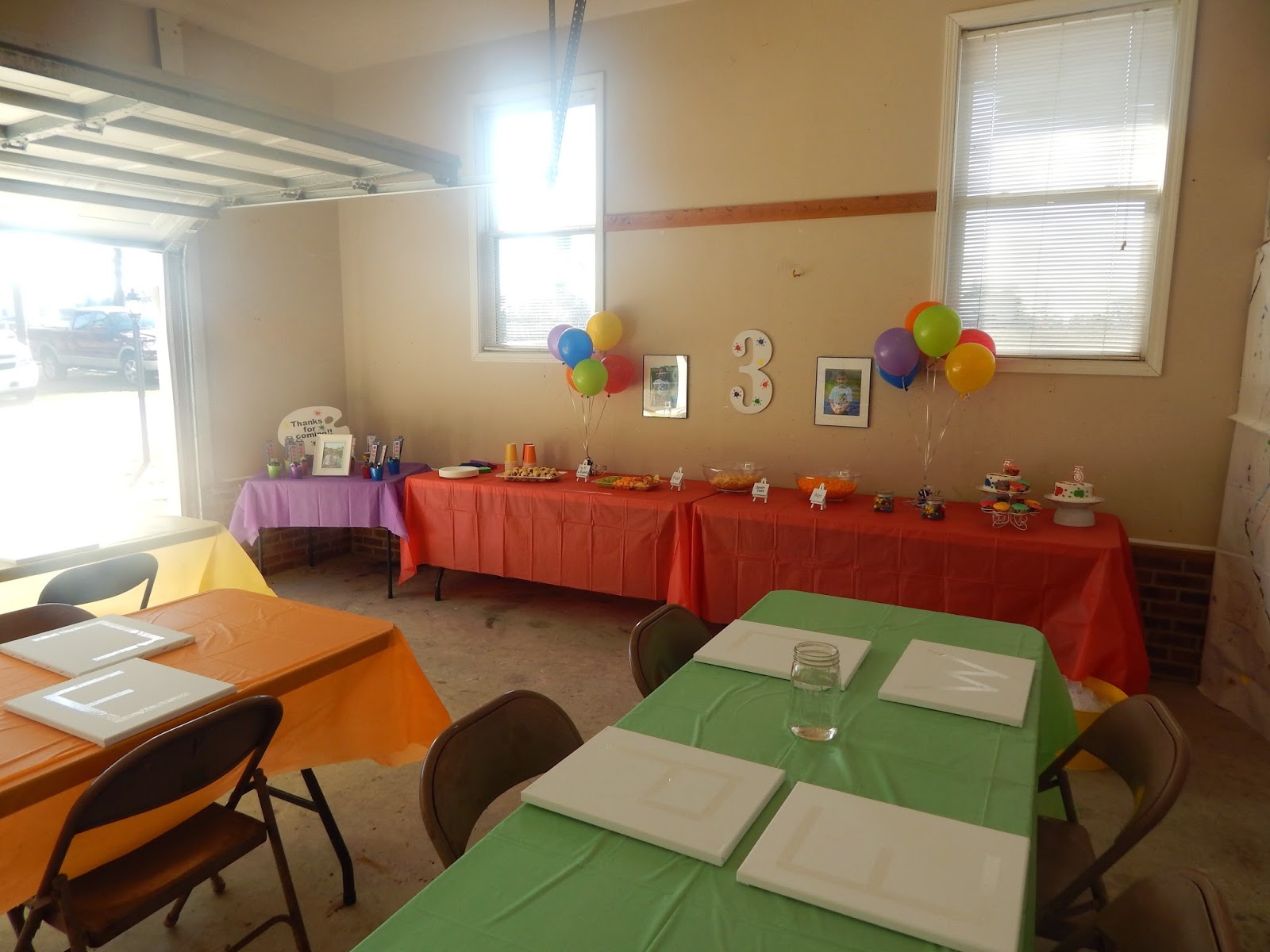 Ready for the painters.  I taped the first initial of everyone's name on the canvas.  It was crazy because at the end of the party everyone's painting was purple.  I don't know what happened to all the other colors they painted with! 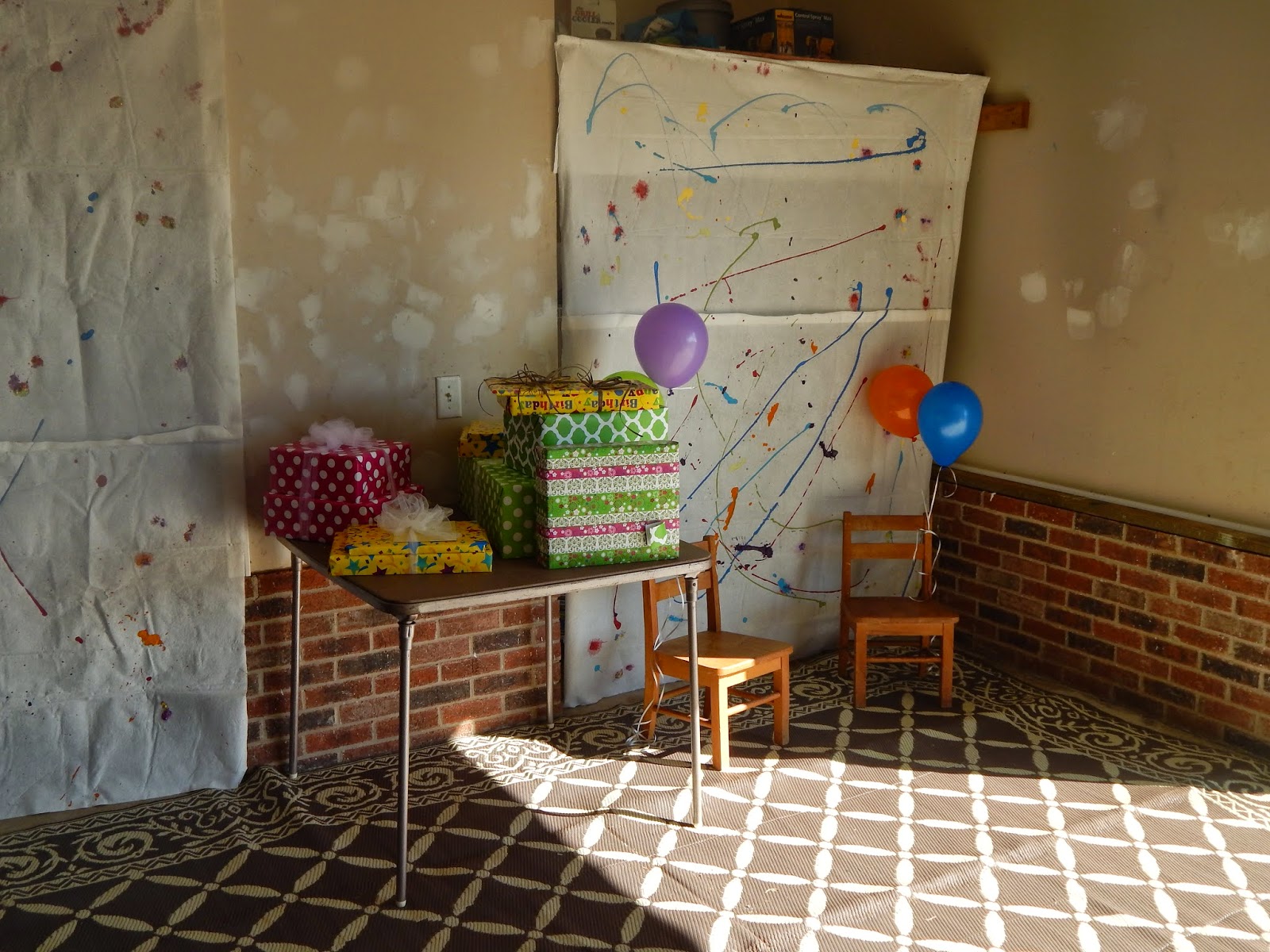 We had a lot of fun making the drop cloths to cover some of our stuff!  I probably heard 500 times "Momma I do it" from Evan.  He was SO excited to help with this project!  Sunday morning when we left for church he wanted to know where the paint went.  He wanted to leave these up permanently! :) 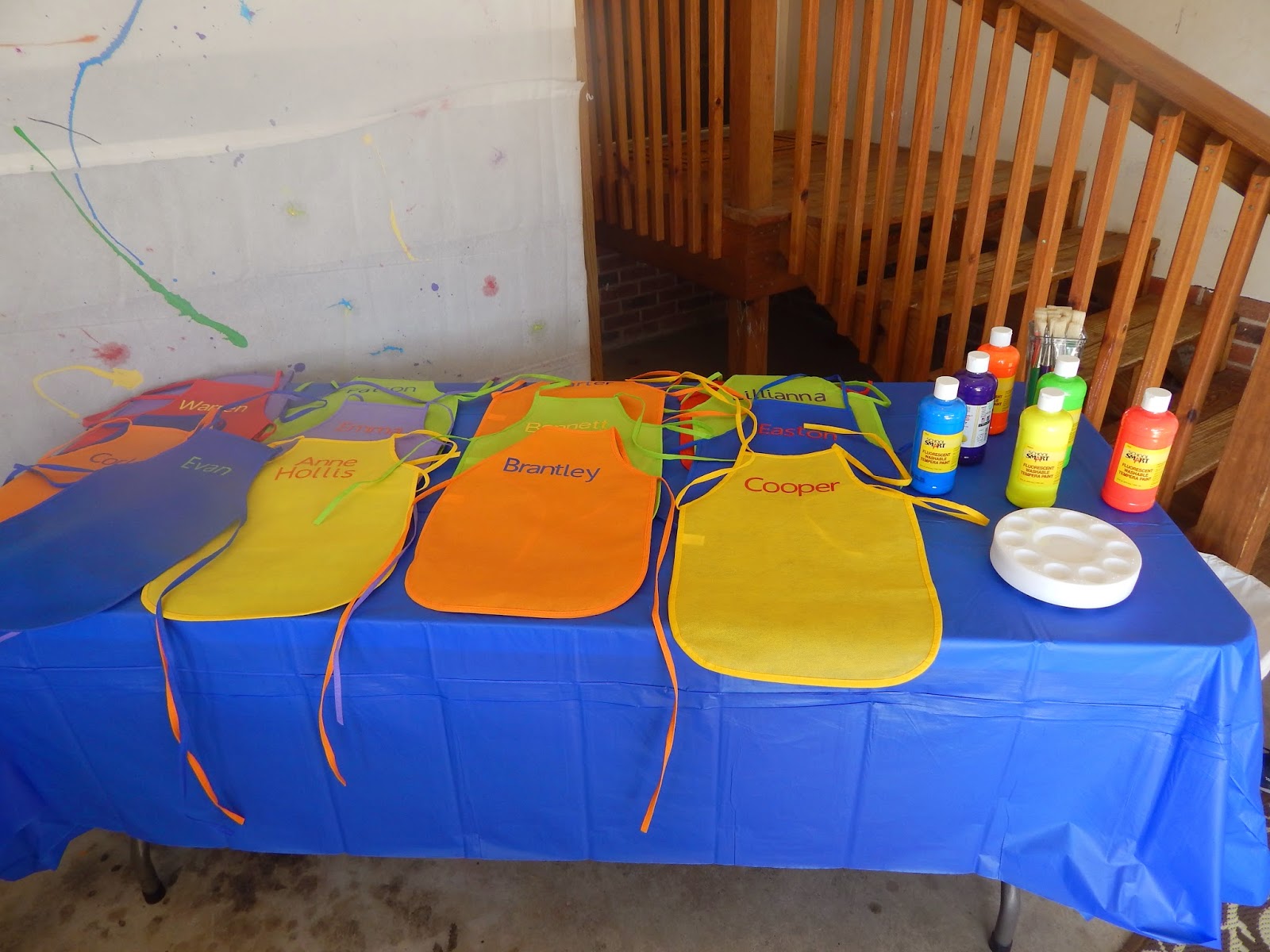 The aprons took forever!  Every time I would get a name on the apron Justin would tell me it was exactly straight!  I thought they ended up cute!  Most all the kids wore theirs!  I think Patton & Brantley were the only ones who didn't! 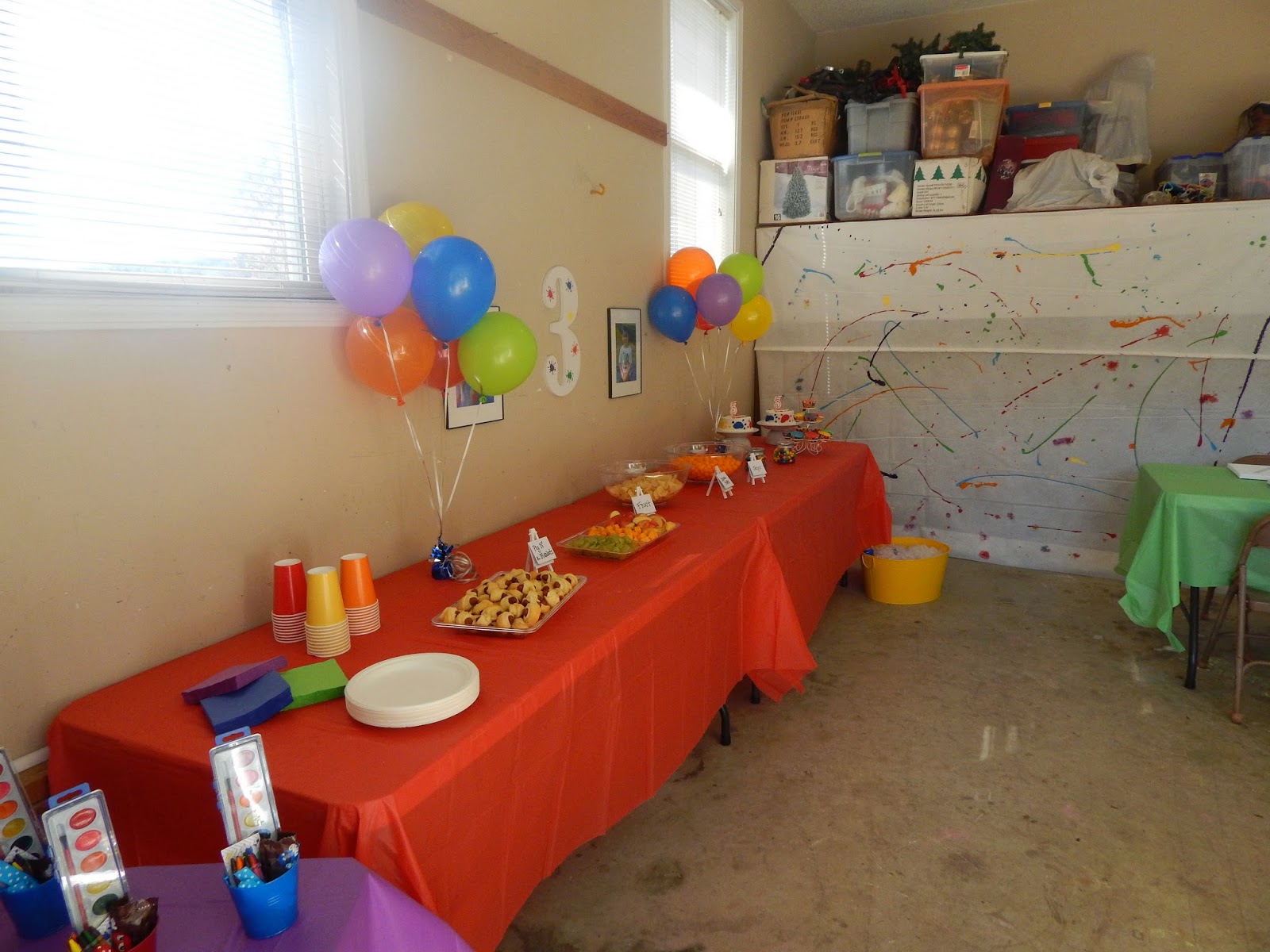 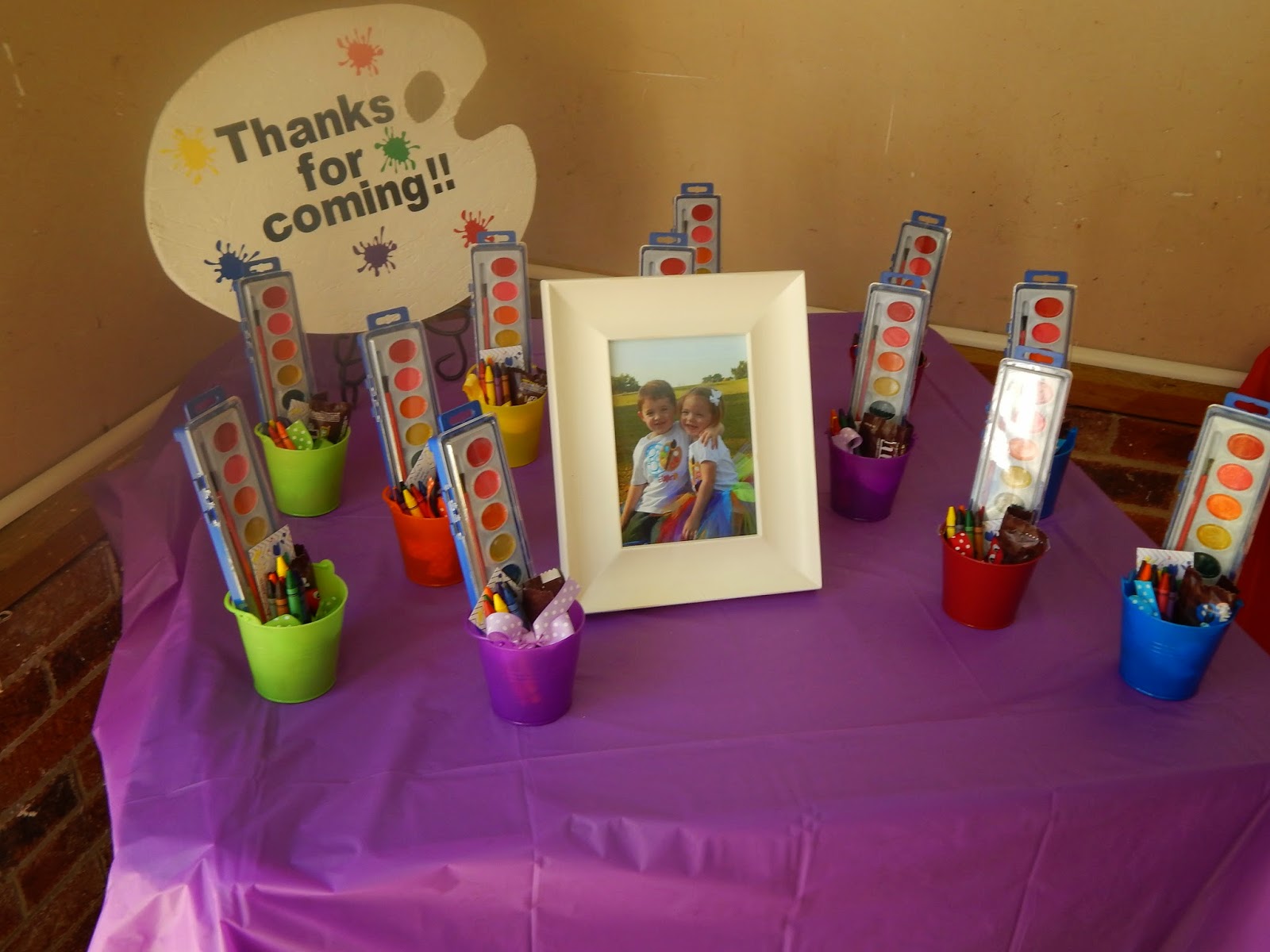 We had fun making these too.  One night while watching TV Justin helped me tie all the ribbons around the crayons!  And yes...they were done like two months in advance!  :) 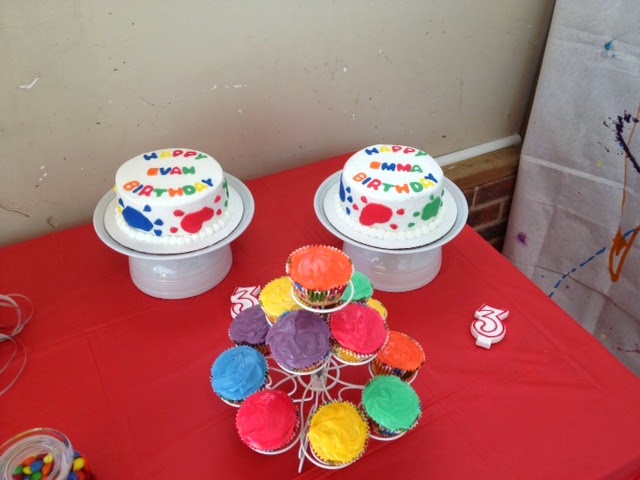 I think their little cakes turned out so cute!  Ginger Farmer did a great job! 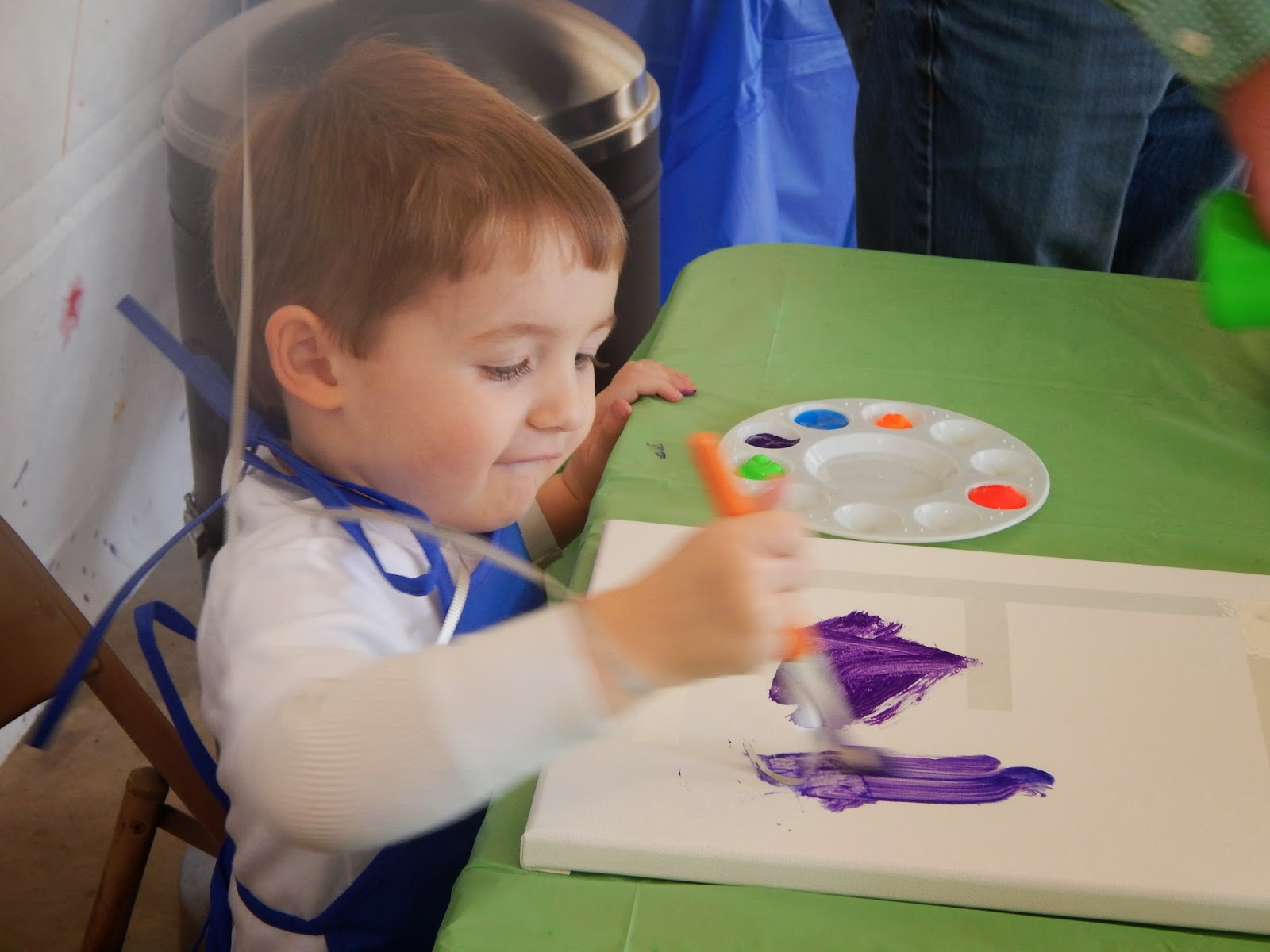 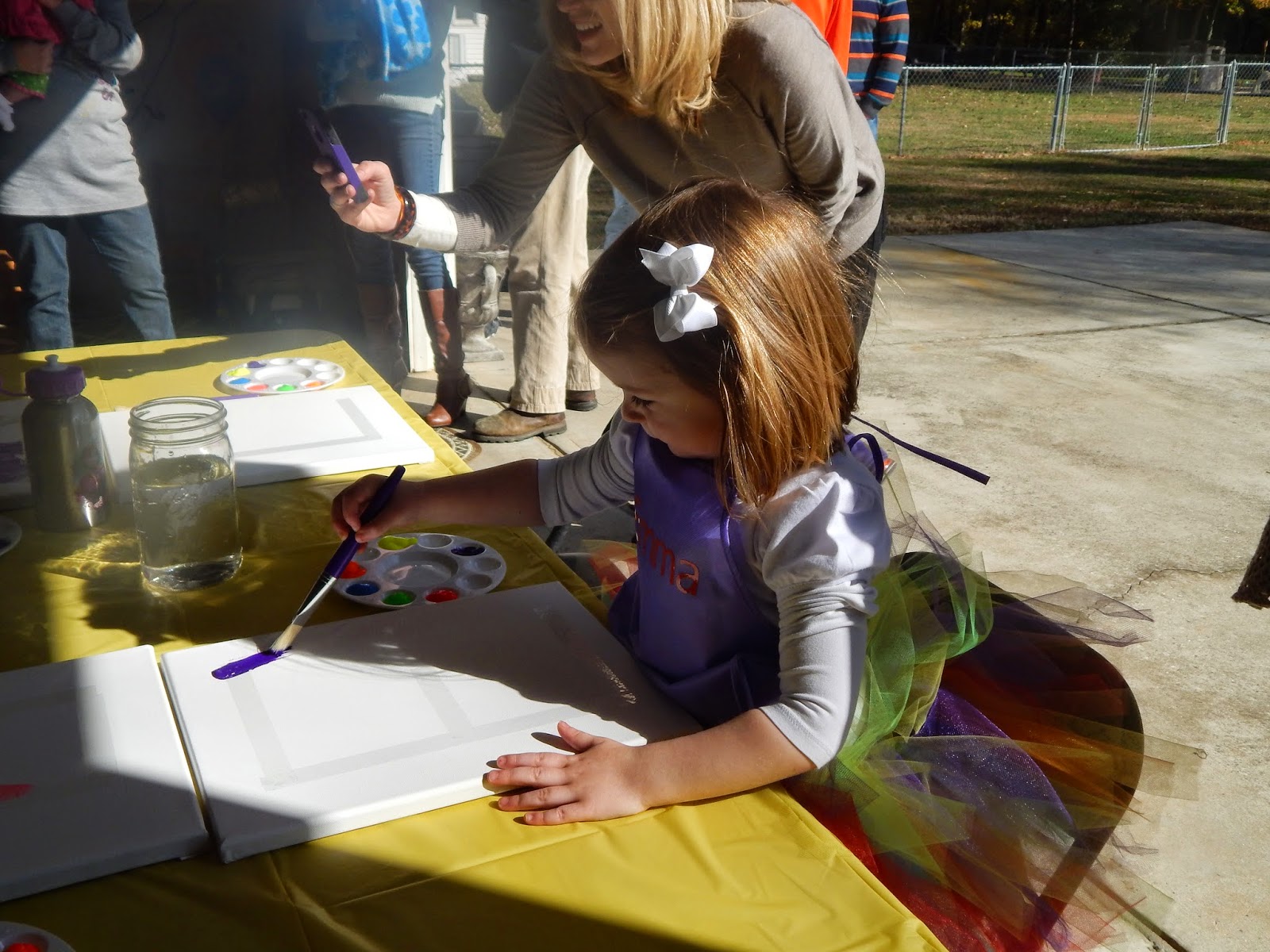 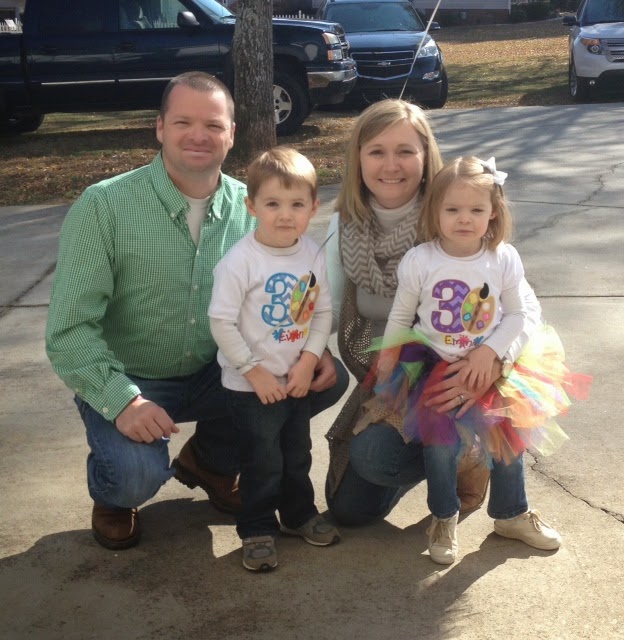 And our little family!!

I know lots of people think I am crazy to do parties like this for them but I LOVE it!!  I say all the time I wish I could make a job out of planning parties!  So that is it for this year's party!!   We will be celebrating E&E's actual birthday on Wednesday.  We had planned to take the day off and take them to the zoo but once again it is supposed to be freezing cold so we are just going to wait and hopefully make it back down after they put up the Christmas lights. The passes Justin's mom gave us last Christmas are good through sometime in 2015 so why not go??  We have out three year old check-ups on Thursday.  Friday, we are heading to the mountains with some friends for the weekend!  Next week is Thanksgiving, Black Friday, the Clemson/Carolina game, and we will hopefully have our family pictures we rescheduled.  And that's just the beginning of our busy holiday season!! We are loving it though!! :)  Look for a three year update coming soon!!