So, we were up and ready to hit the road by 8:30.  Justin moved the mattress of the other bed in our room to the floor and E&E slept like champs!  There's hope for the toddler bed yet! :)  We headed to Chick-Fil-A for breakfast and then on to the Aquarium.  Here is my sweeties before we left!  Picture time is almost impossible anymore! 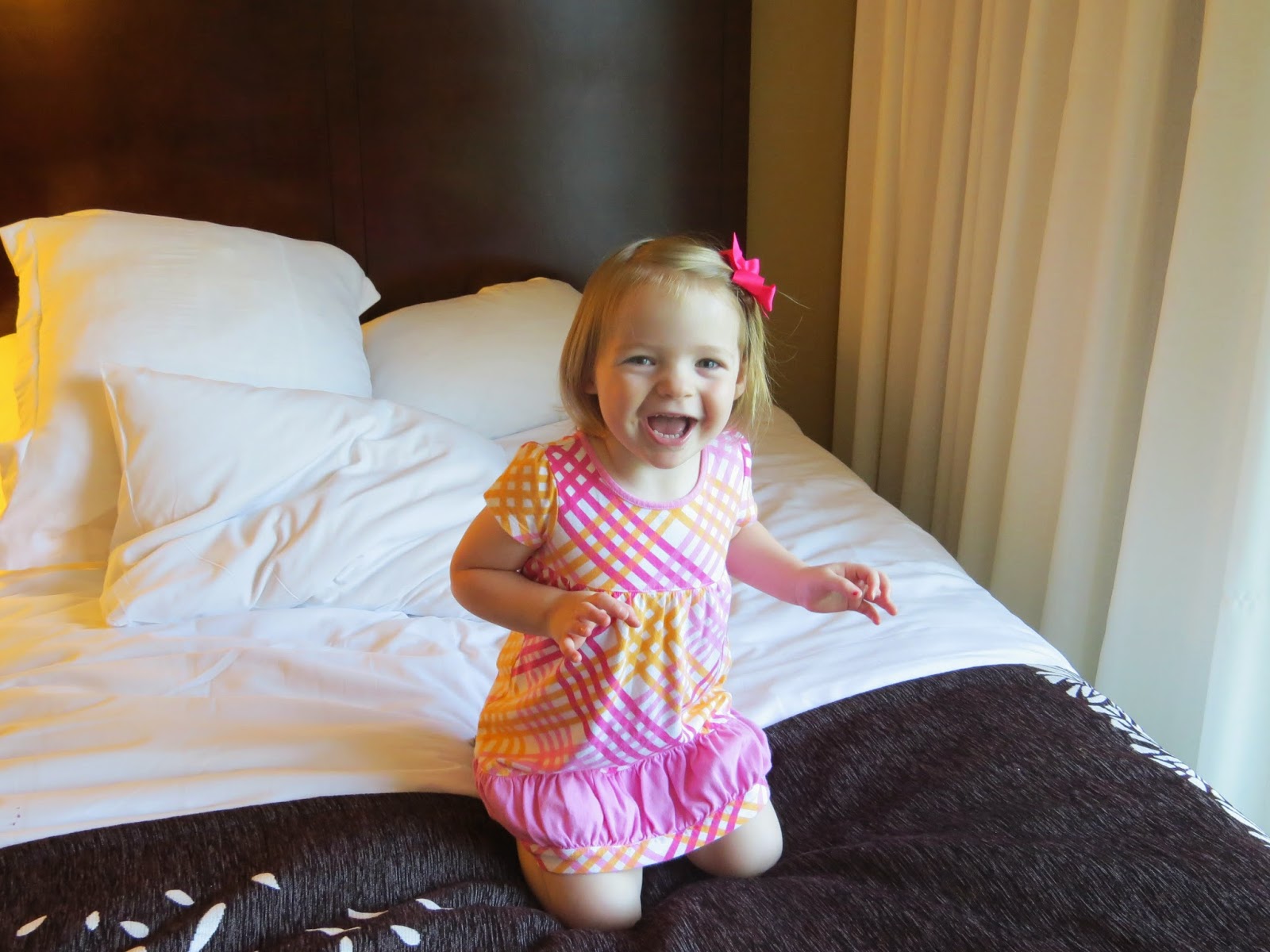 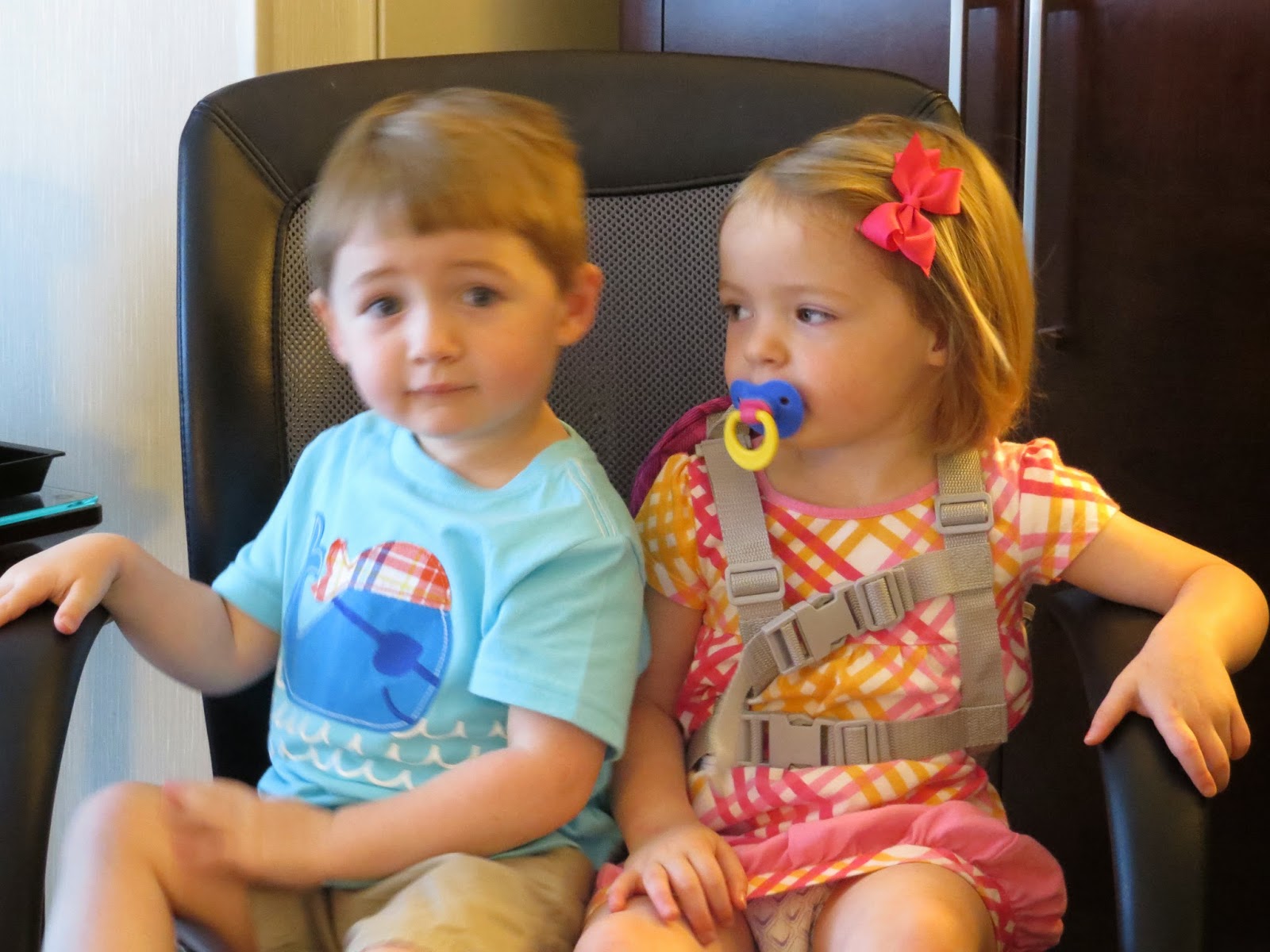 Emma has her backpack on ready to go! 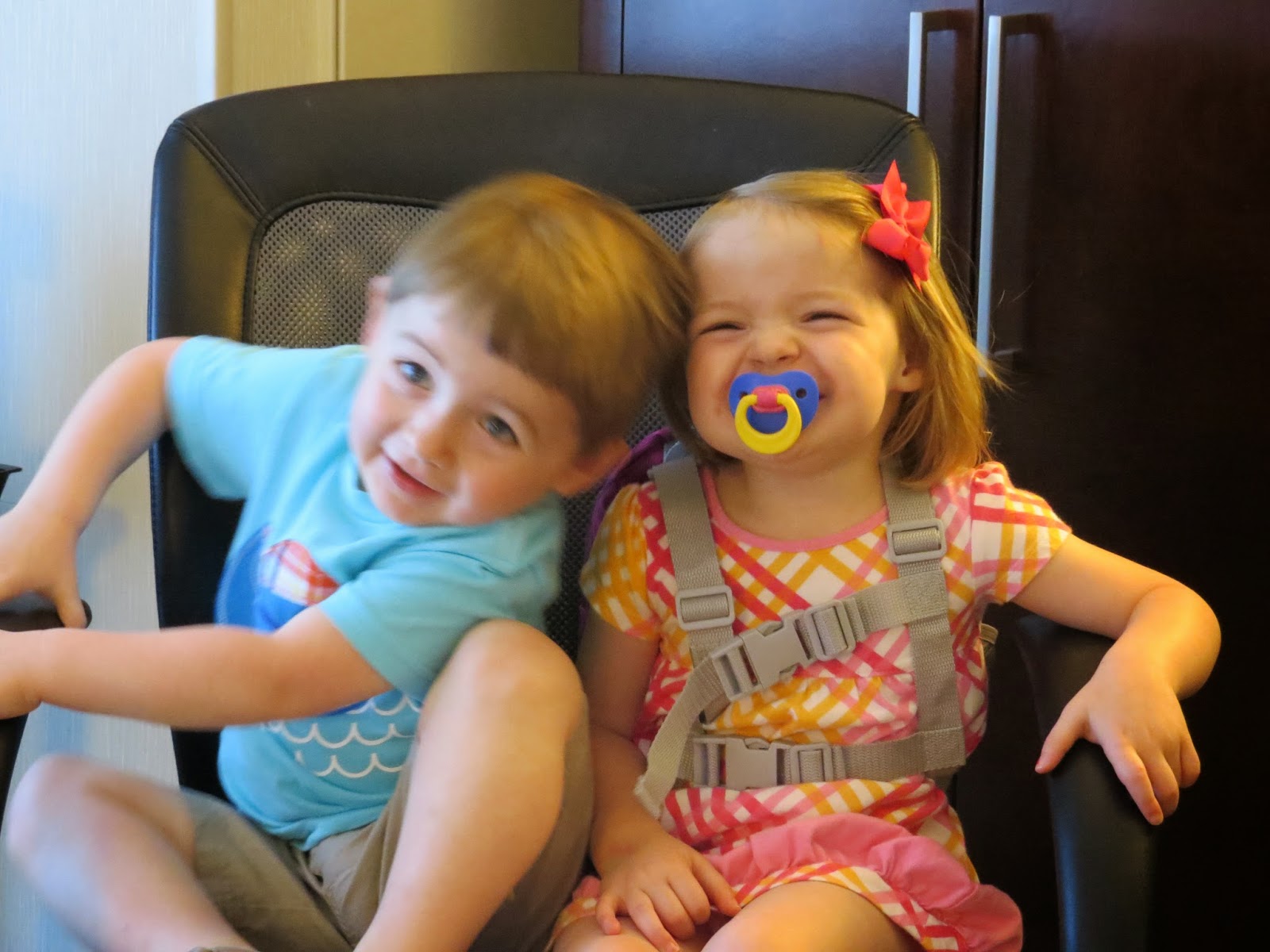 This is what most of our pictures look like these days! 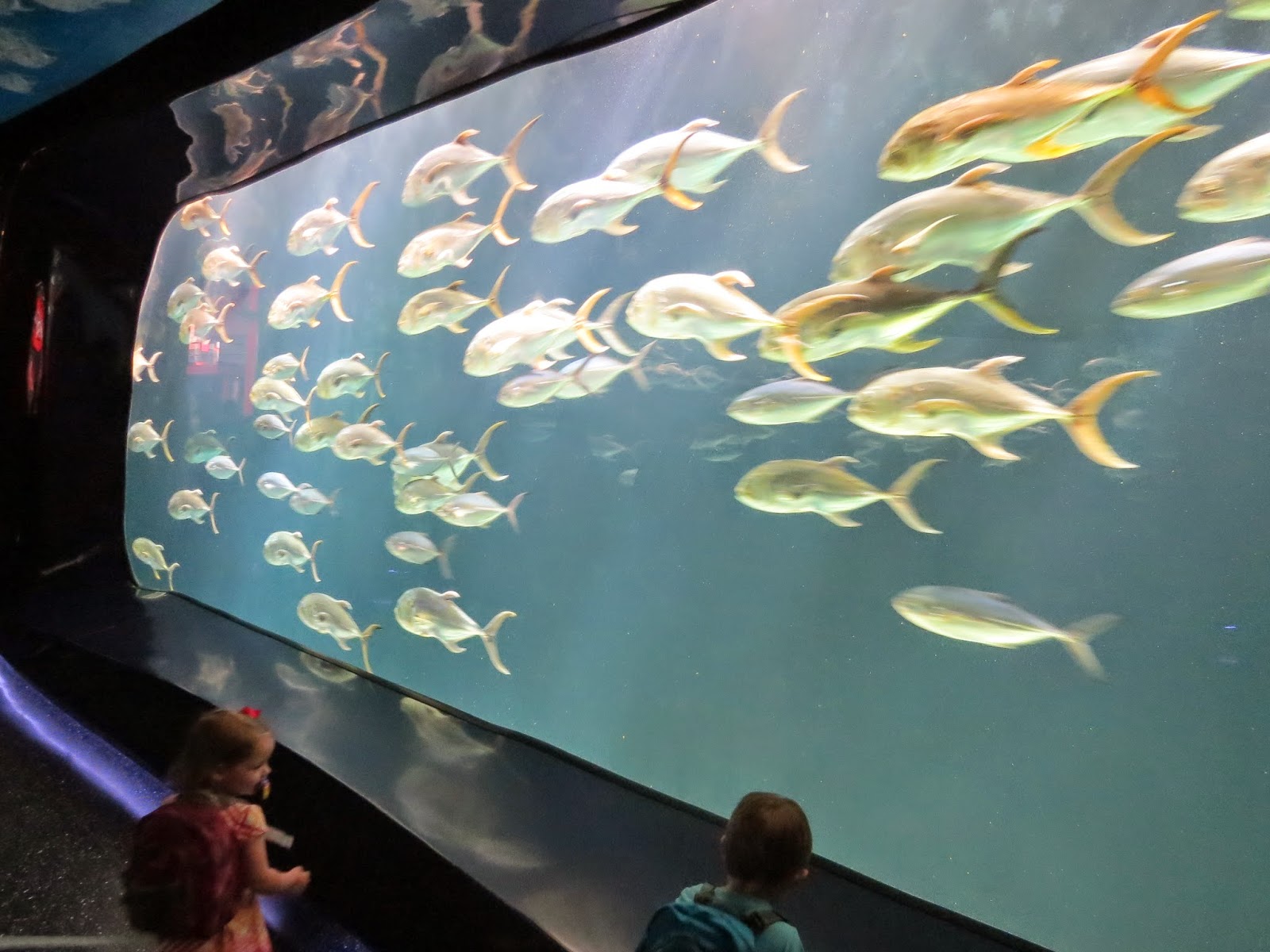 This is what you walk through right at the beginning.  It was fish galore! 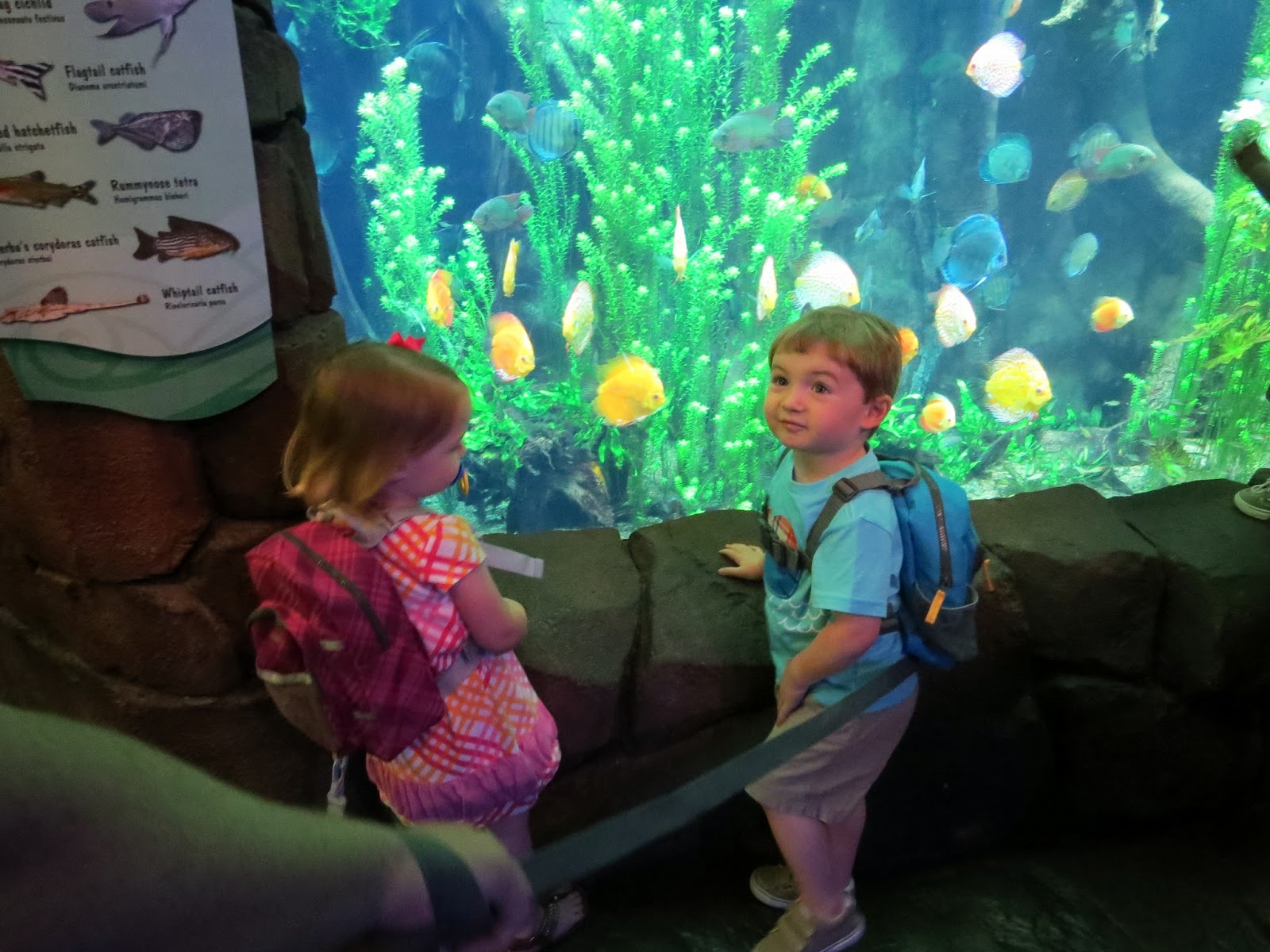 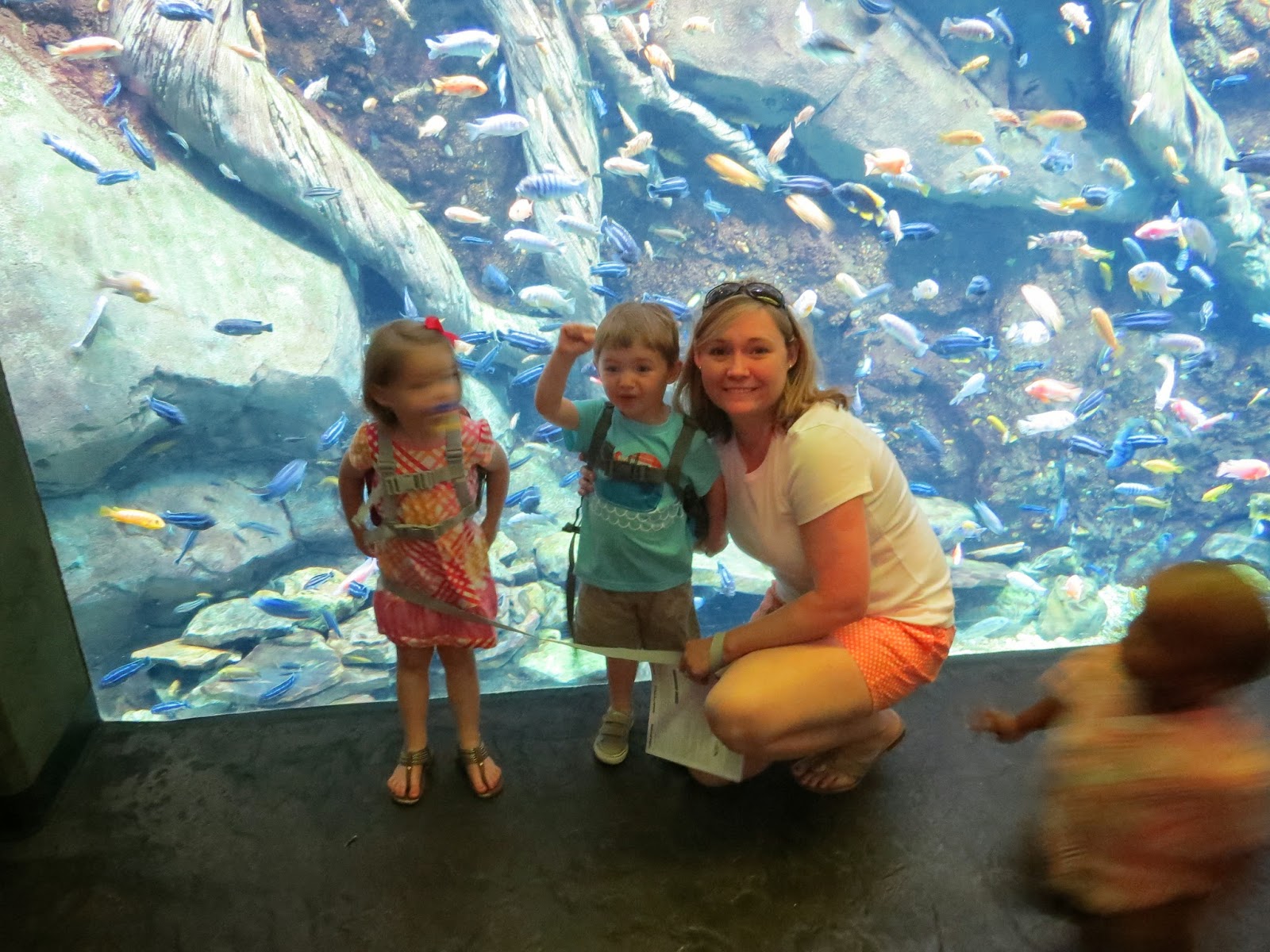 We tried for a group shot and we had a little guy who wanted to be in our picture too! 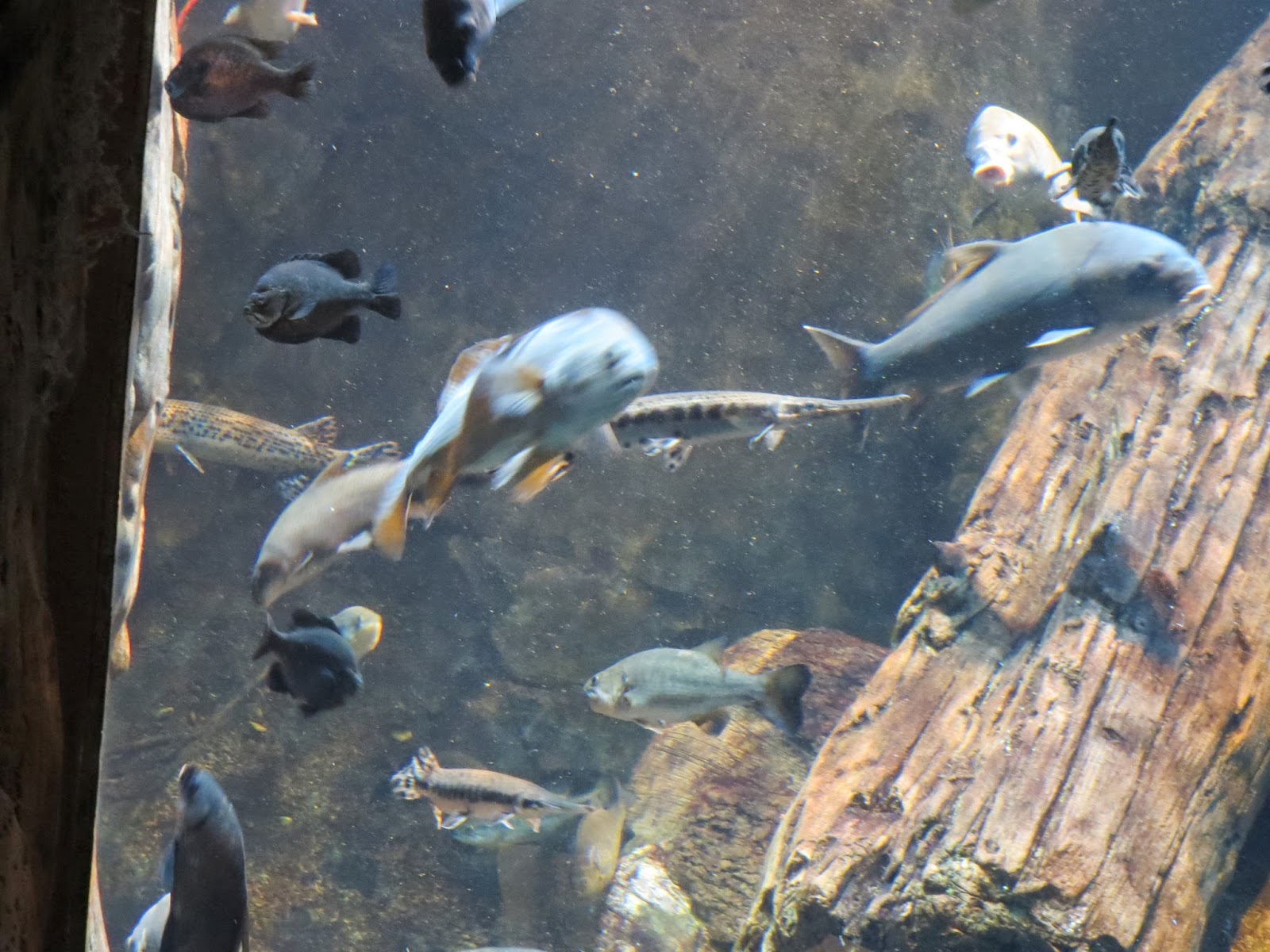 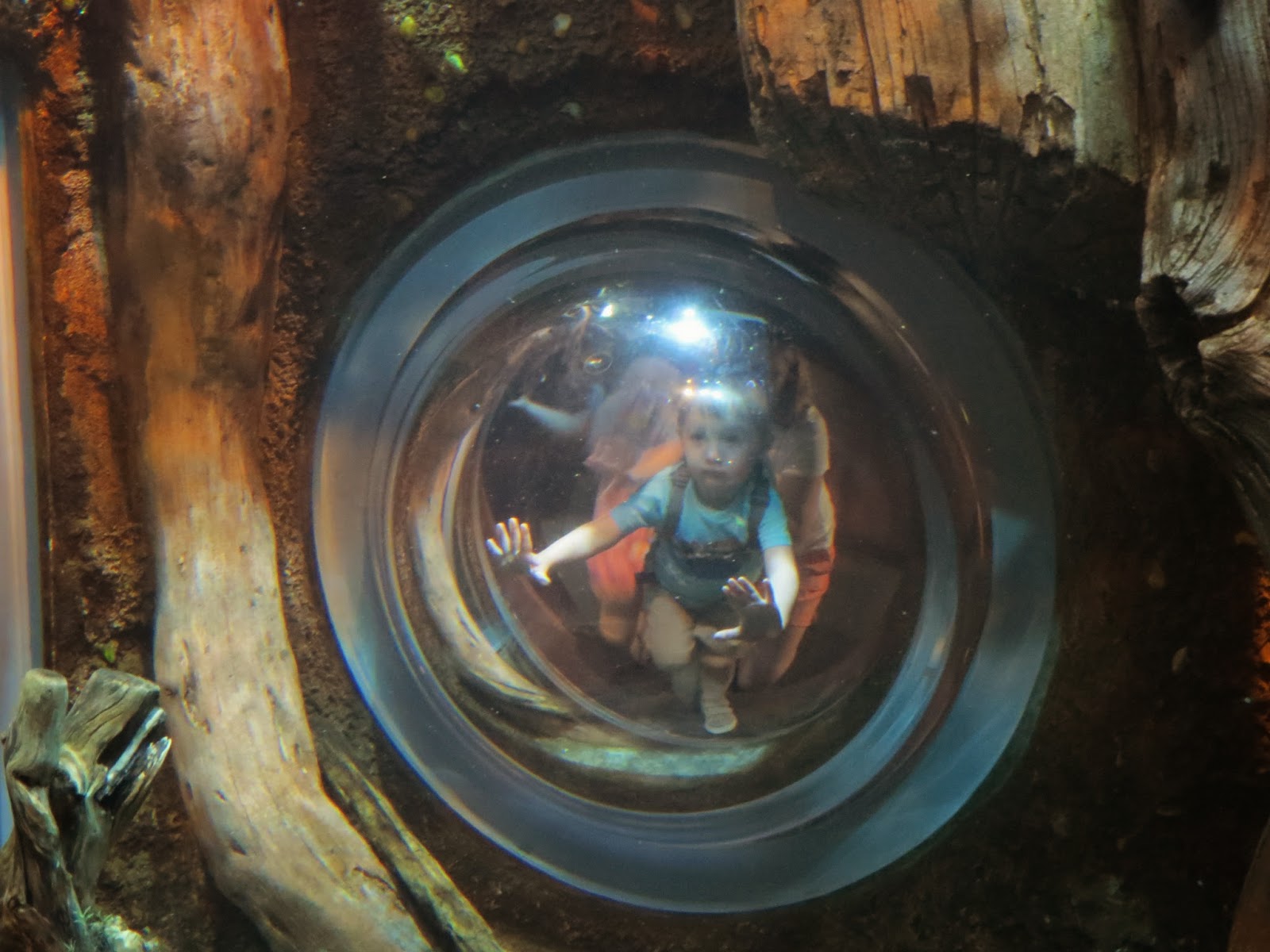 We got inside one of the aquariums and you could see us on the outside! 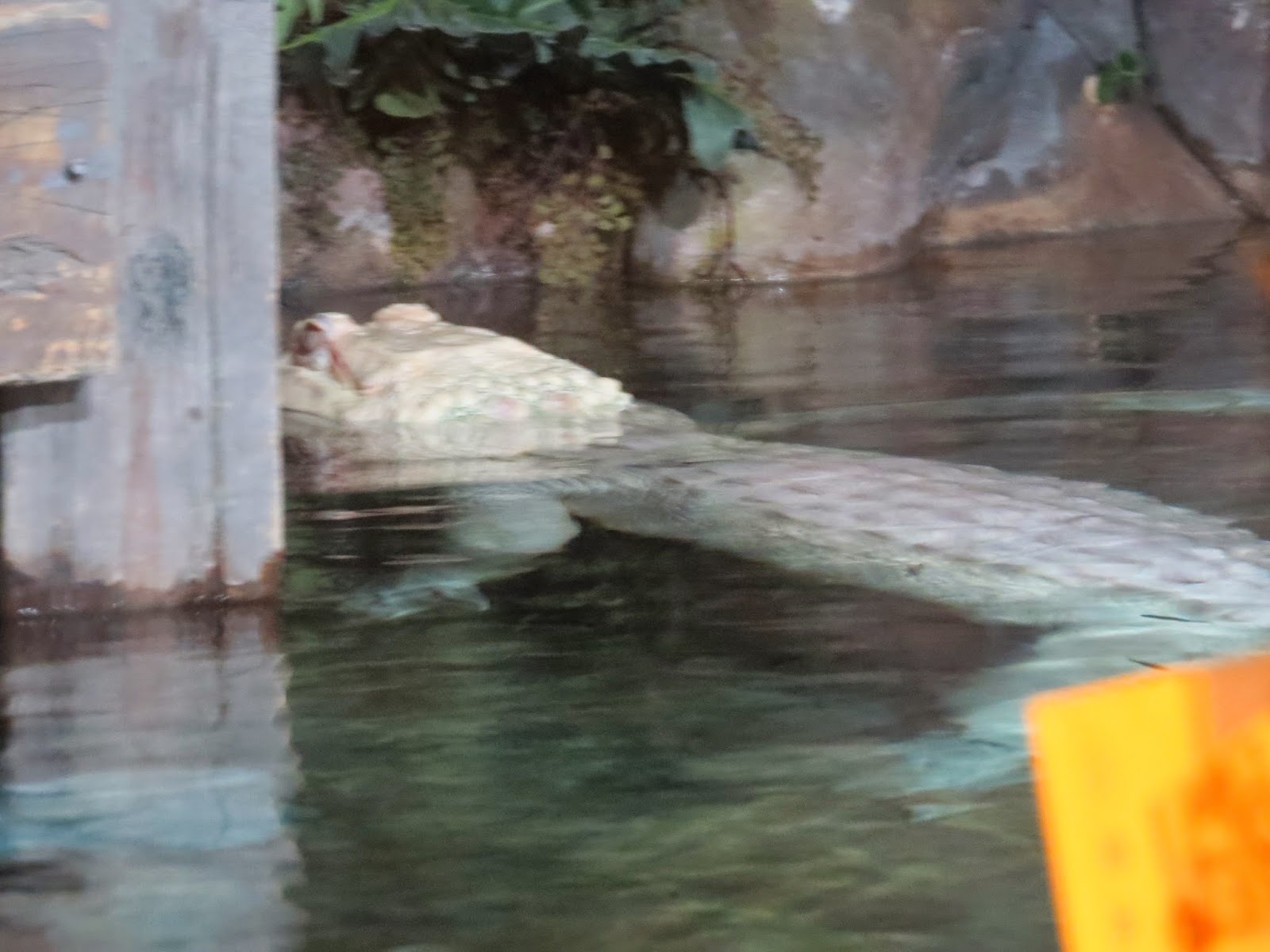 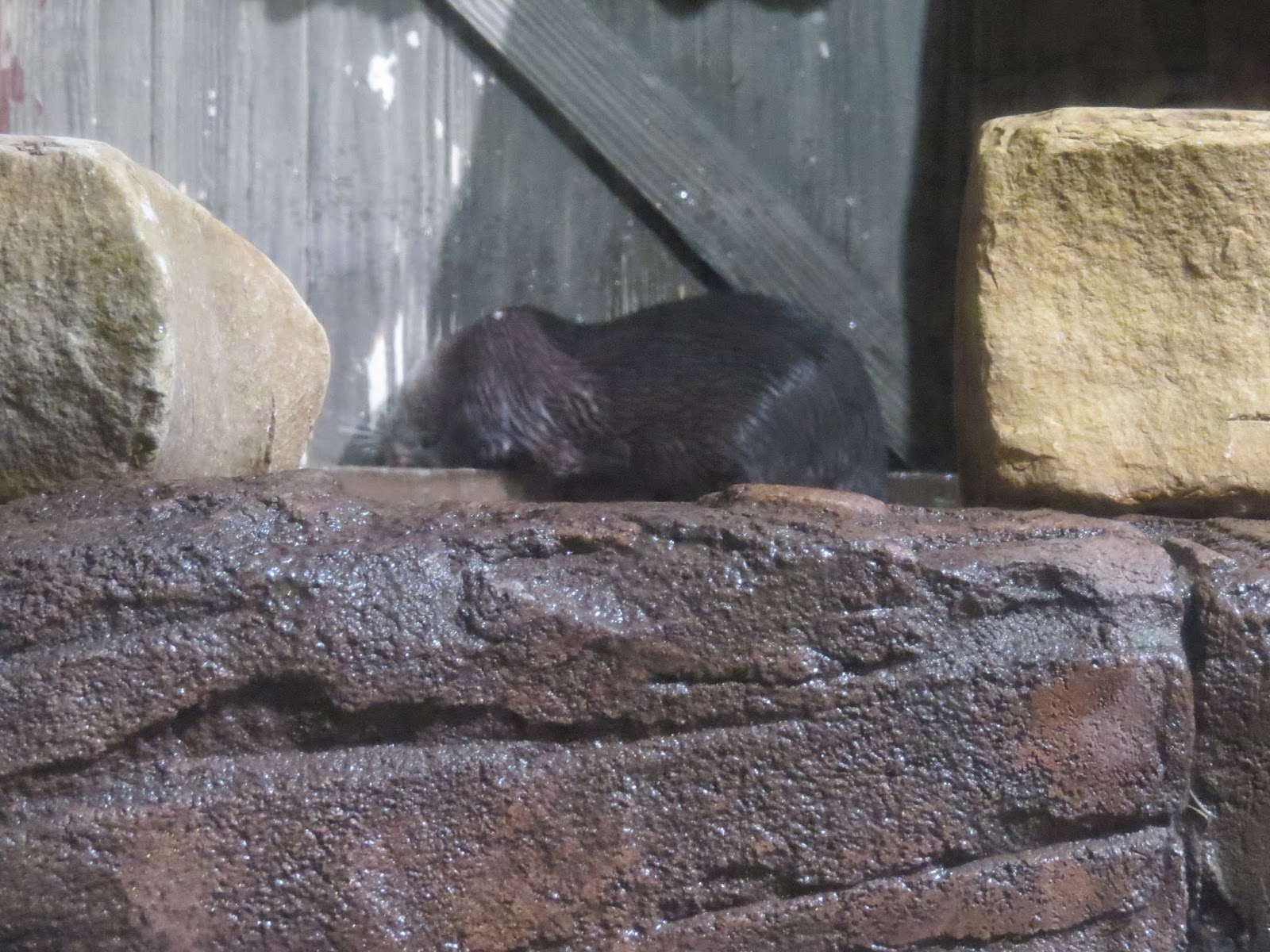 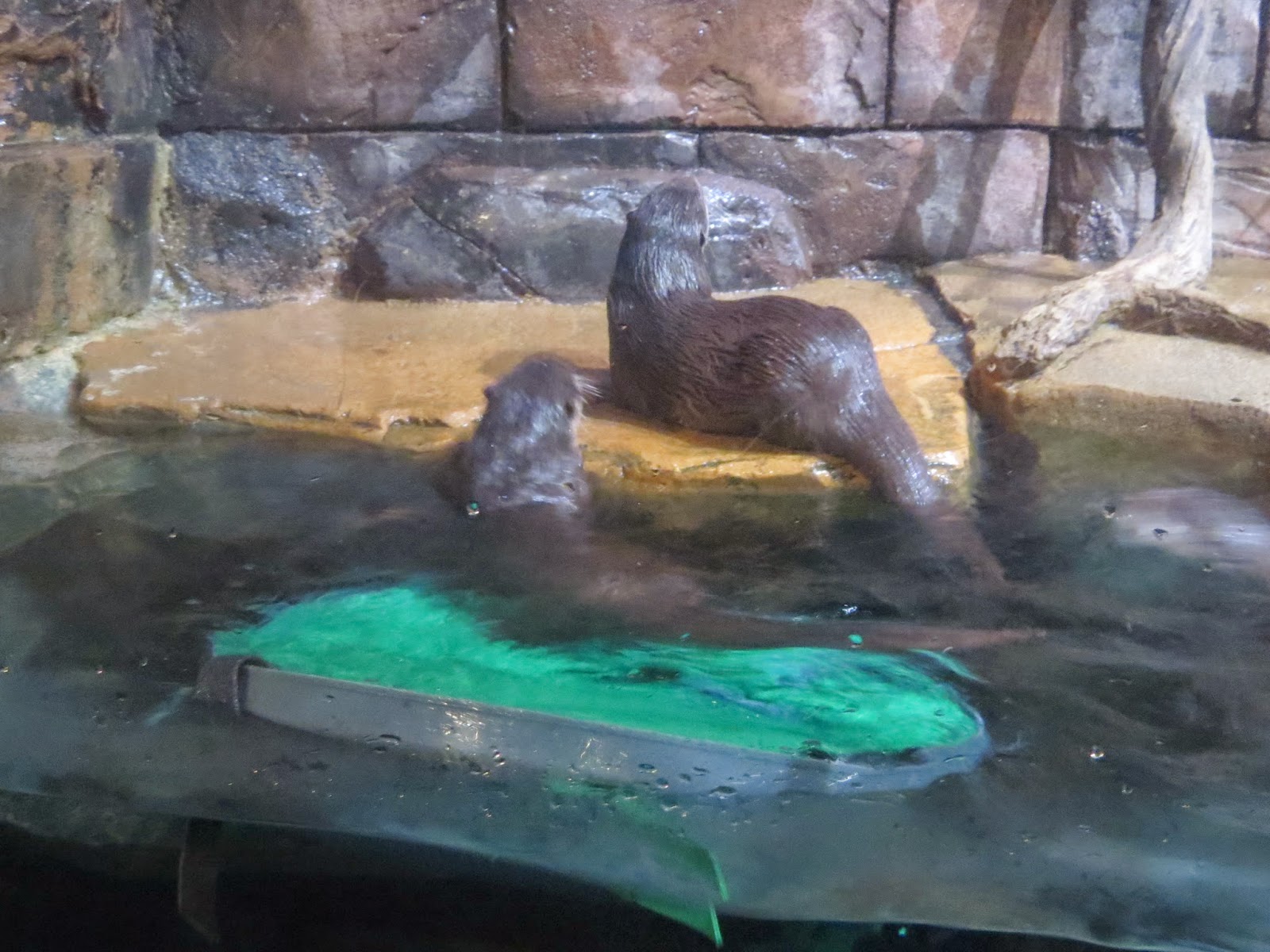 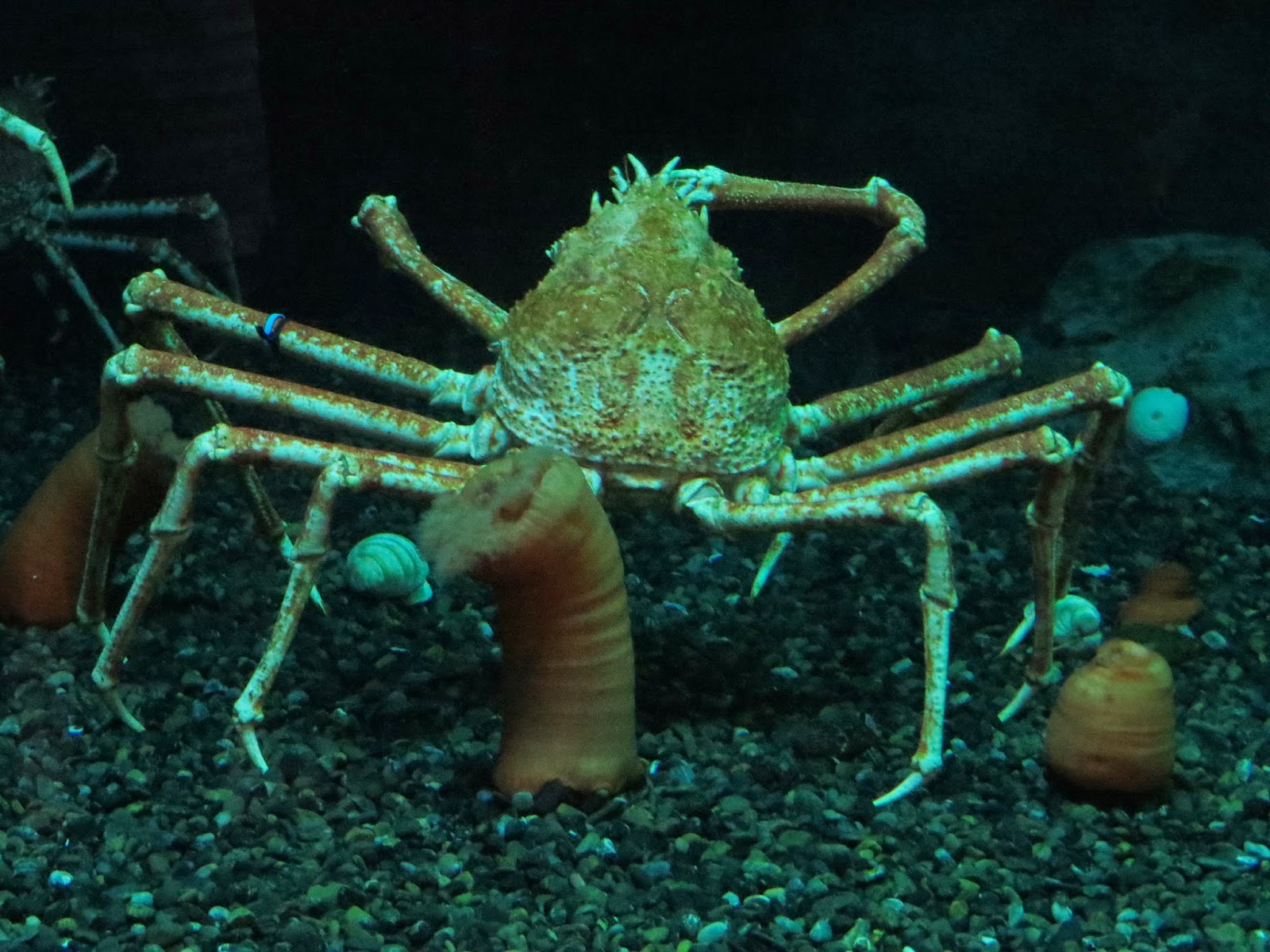 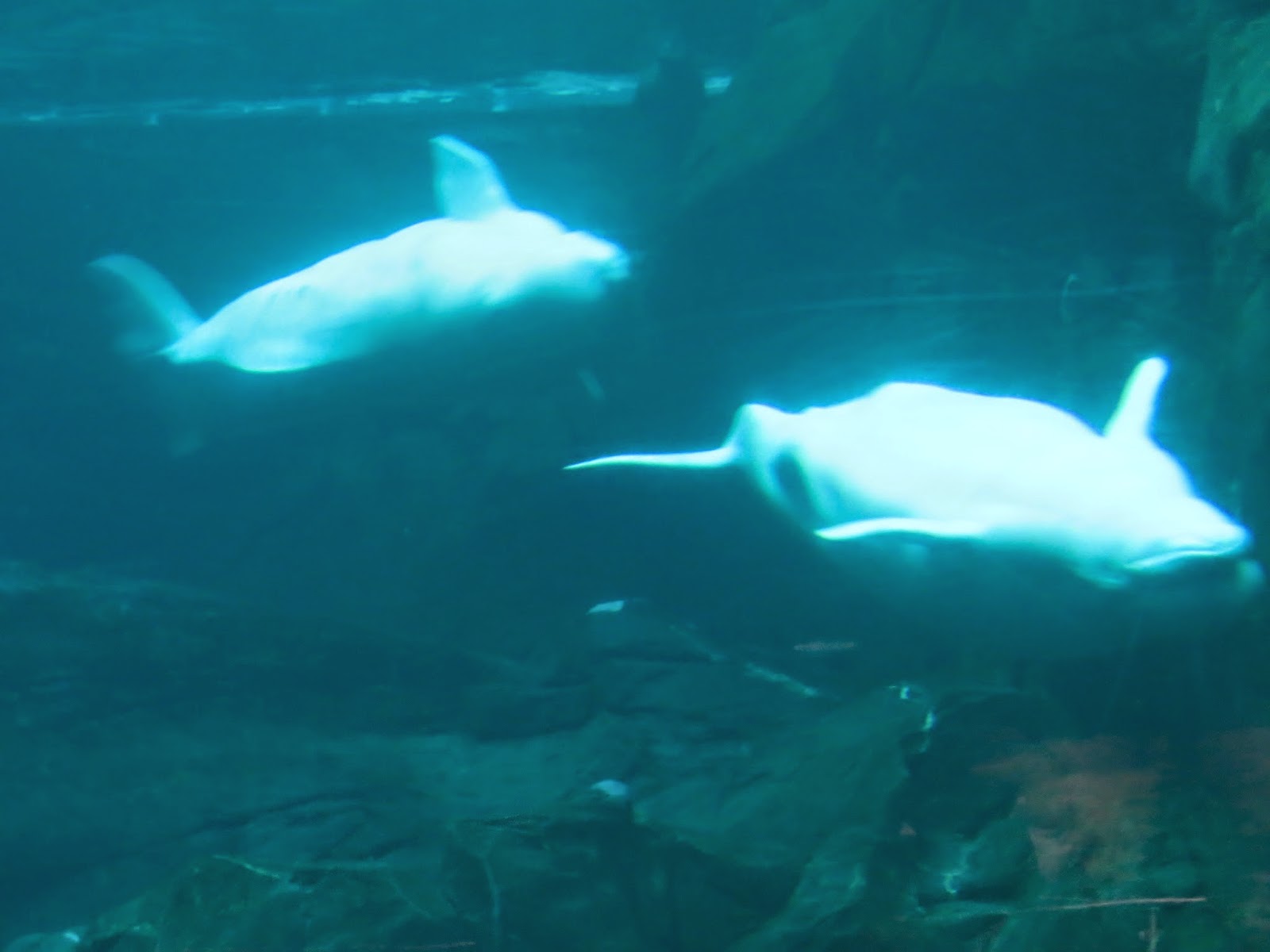 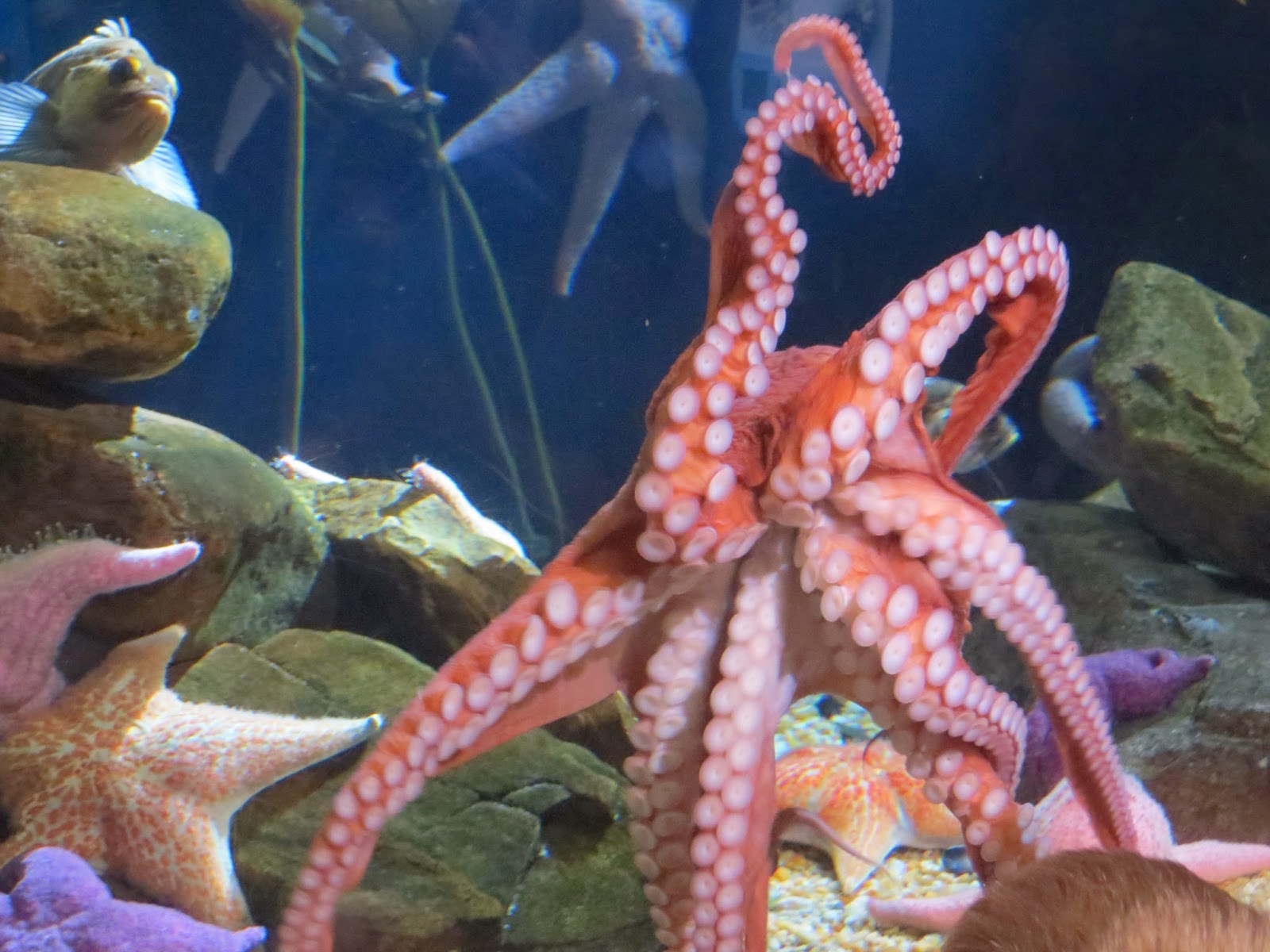 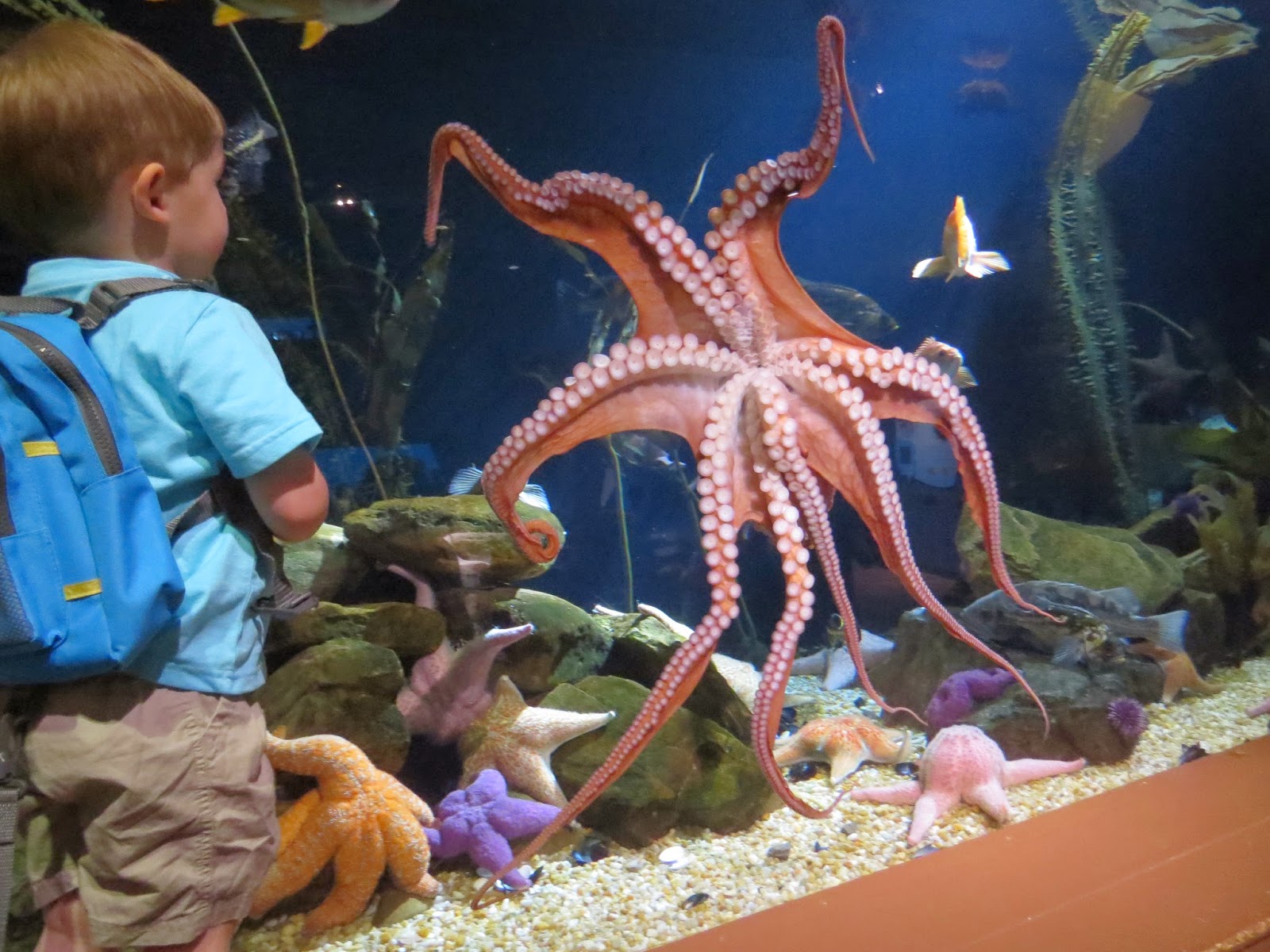 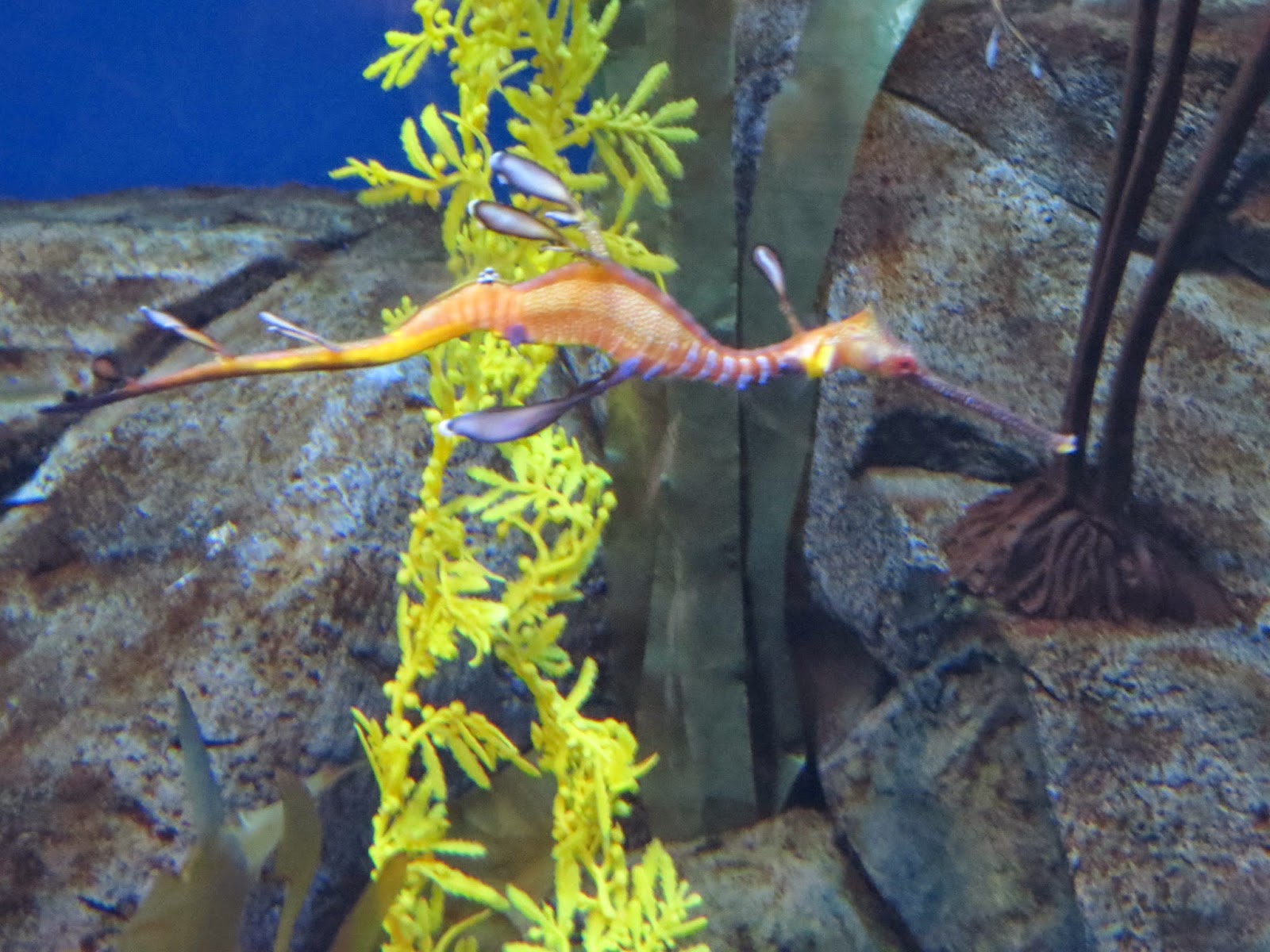 Some kind of sea dragon. 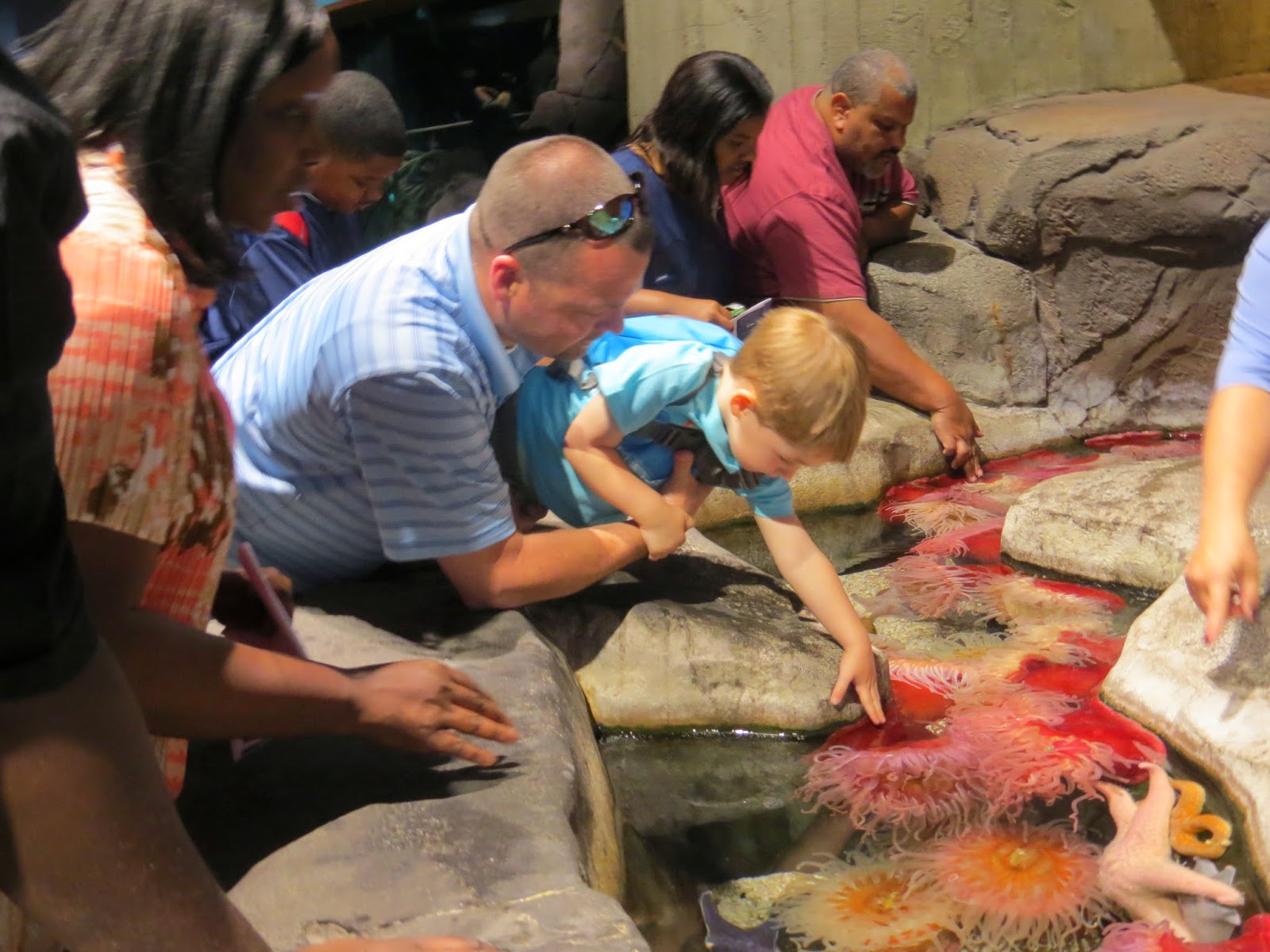 Evan touching whatever this was.  I don't do sea life! :) 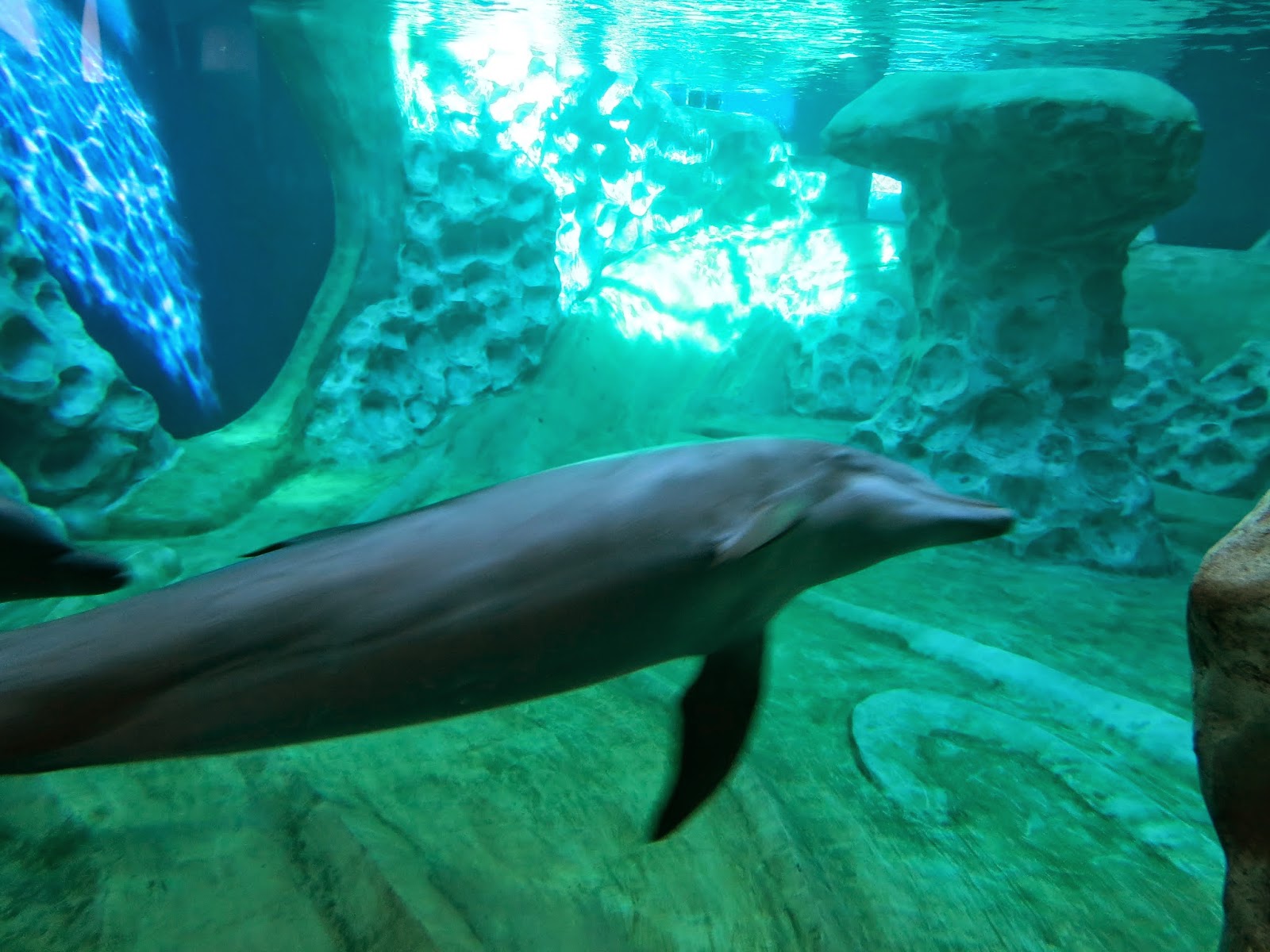 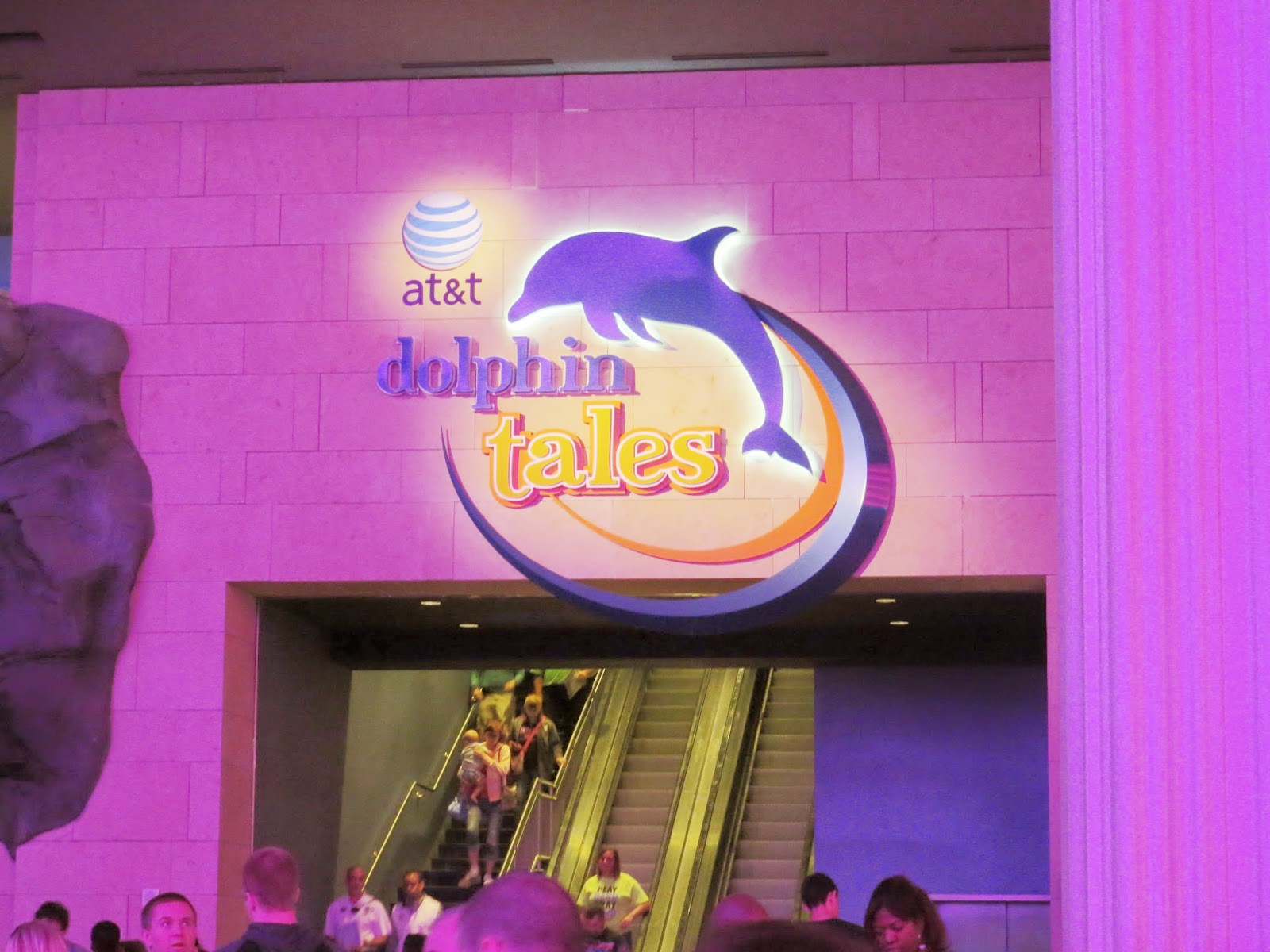 Then it was time for the dolphin show.  Evan loved it.  Emma will still tell you if you ask her about it "I was scared!"  She wouldn't even look!  It was a production with lights and singing and it was NOT loud by any means but she didn't like it.  Occasionally she would turn around and look at what was going on.  Evan liked it all though. He's my little animal lover!! 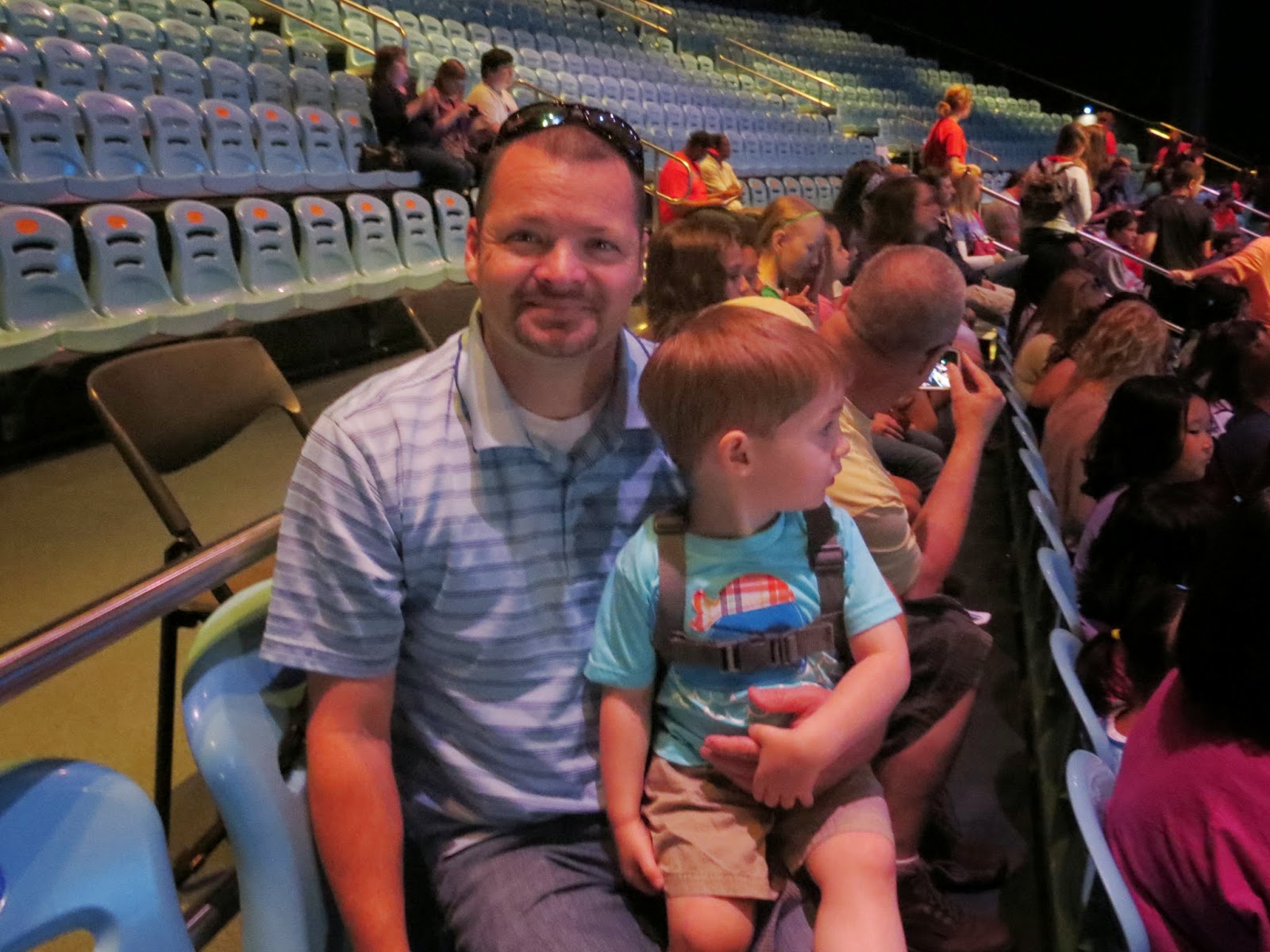 Daddy & Evan waiting for the show to start! 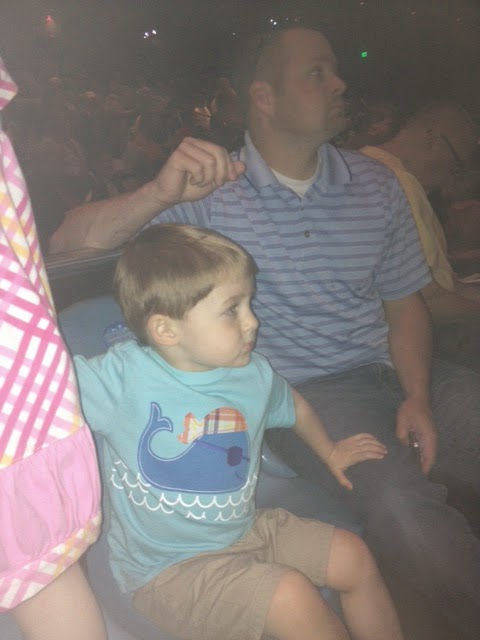 The show was about to begin! 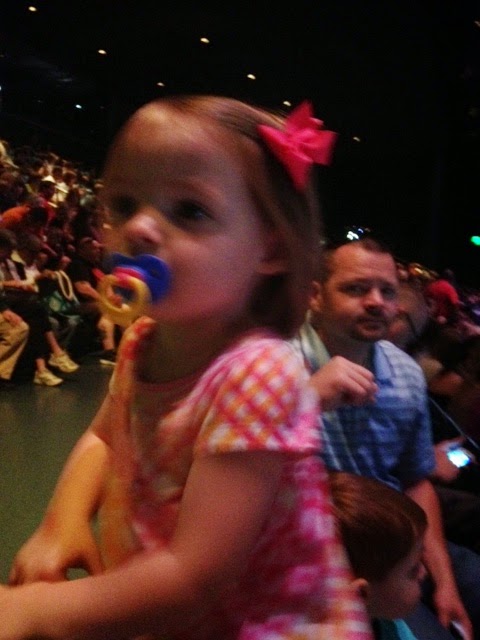 She's more interested in what's going on behind us!  Oh...just a side note...we went all the way to Atlanta and left her rabbit in 96.  The paci in the picture reminded me.  Half way there she asked for it!  We quickly told her she was at home keeping Daisy safe and that satisfied her.  That is a HUGE steps for us!! :)  We couldn't take pictures during the show so this is it for the Dolphin show!  I would suggest you guys going to see it.  It was so neat what they can get those animals to do! 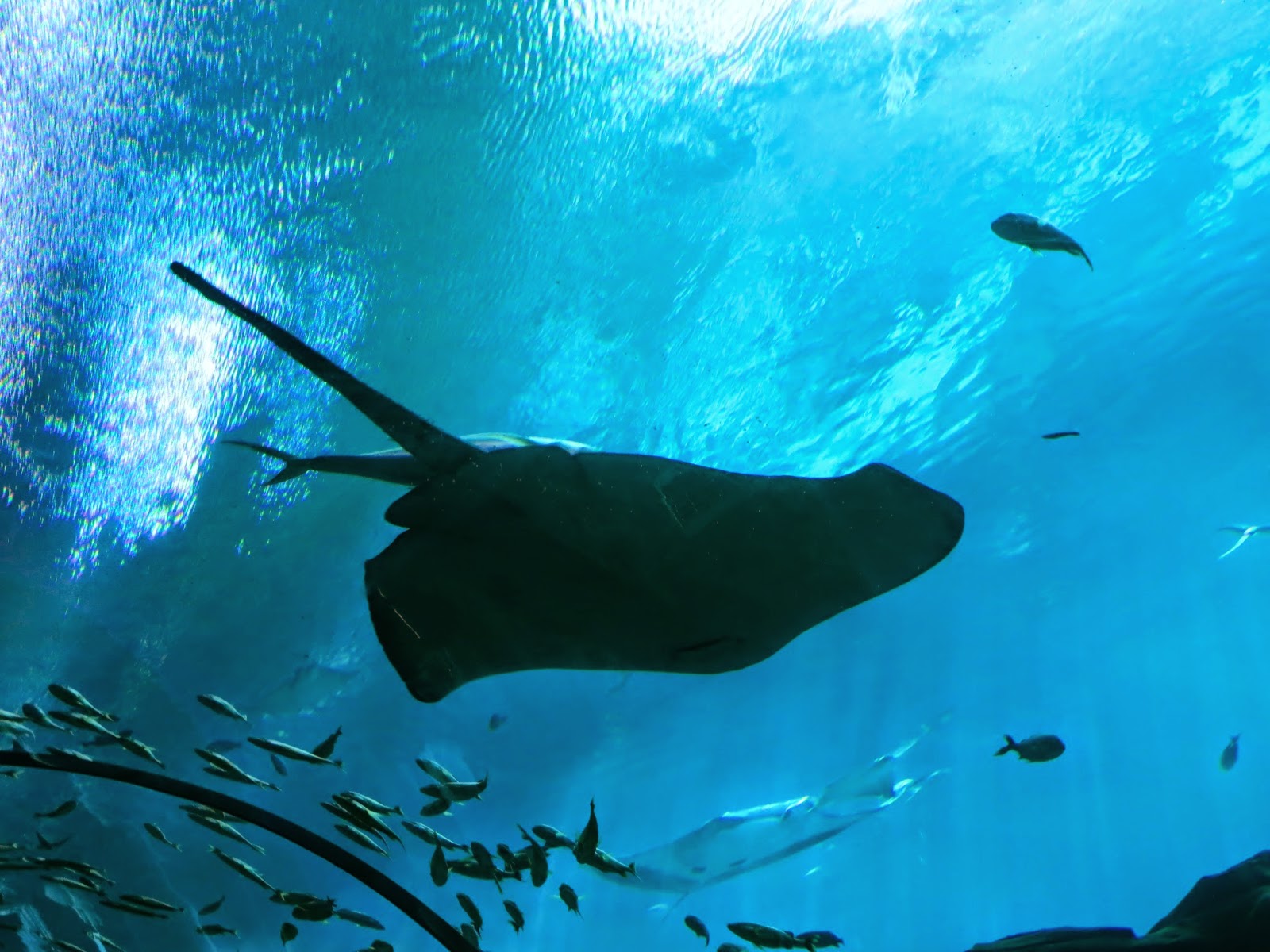 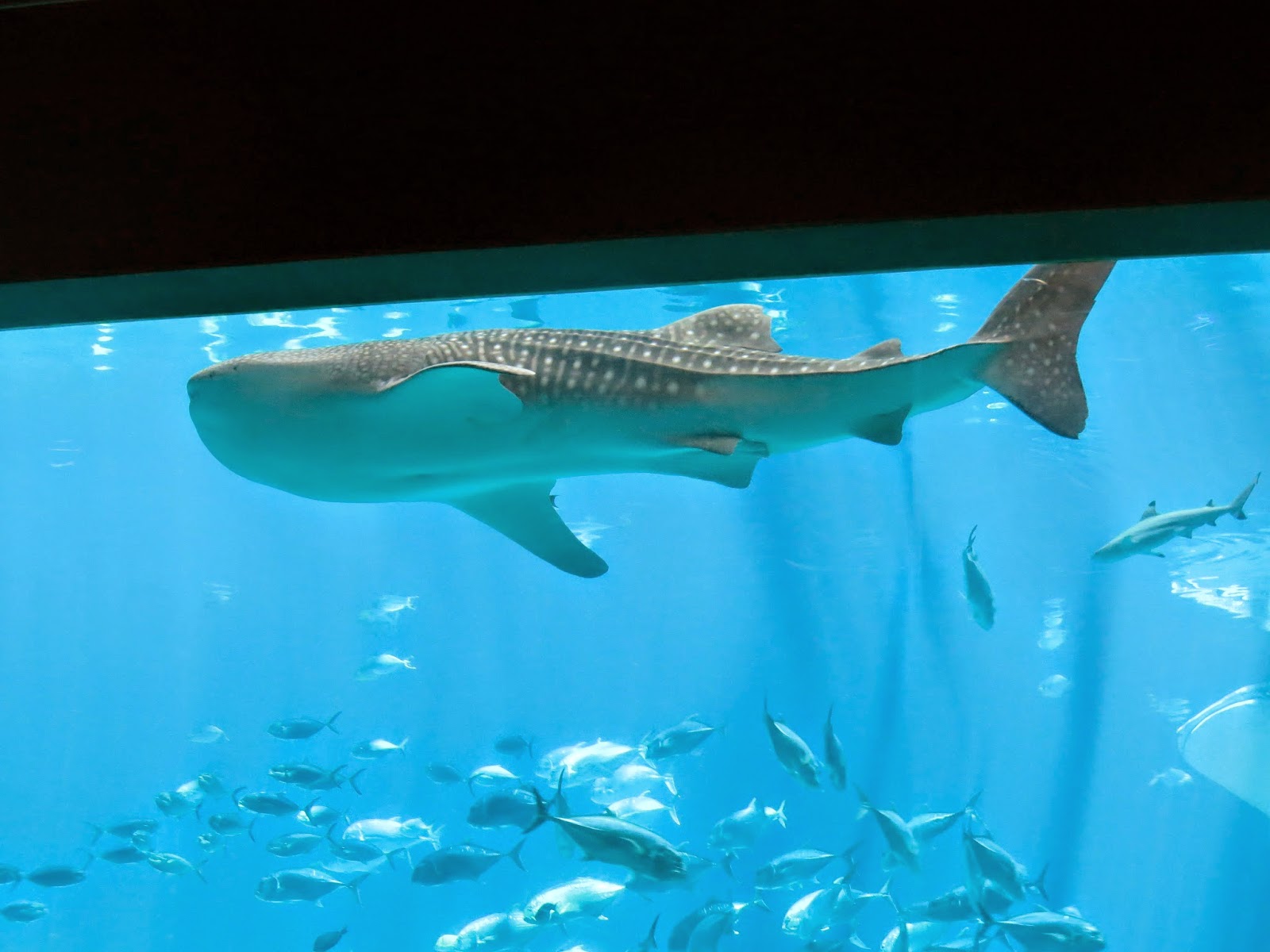 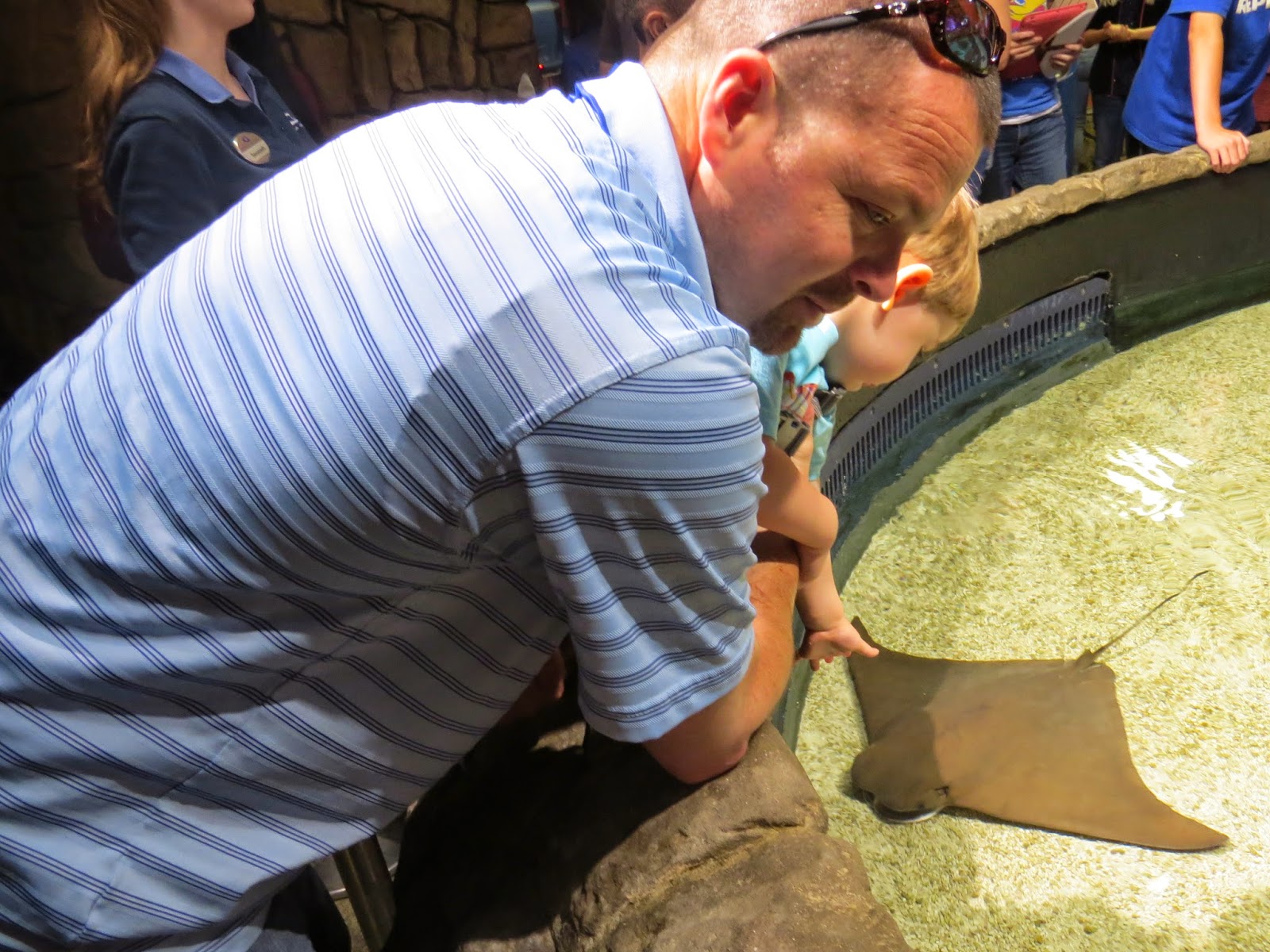 At this point, you get to pet the sting rays!  Evan did it several times.  It was just hard to get them to come to you!  He wasn't scared!  Emma again wanted no part! 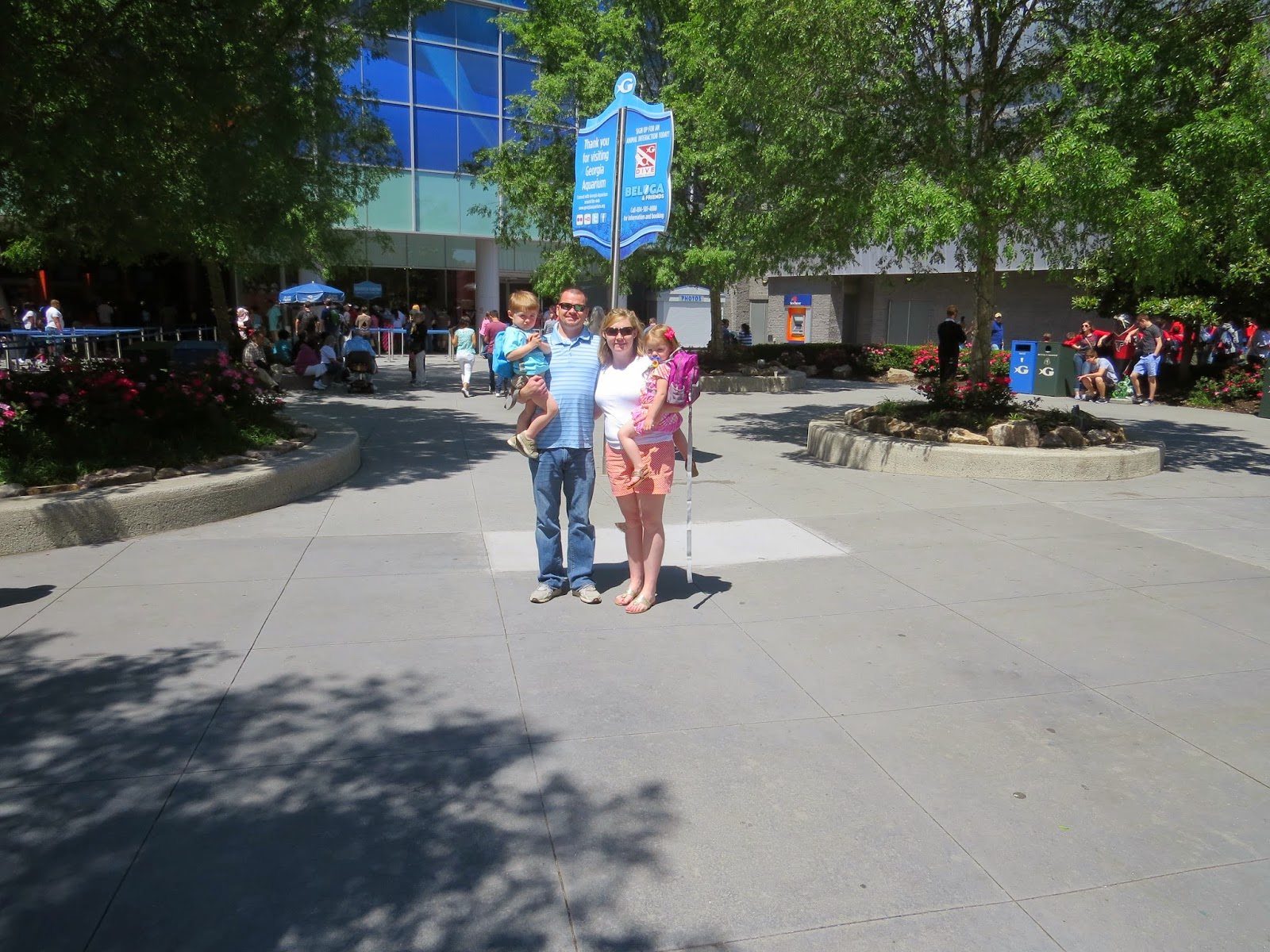 We asked a guy to take our picture before we left and this is what we got.  Other people don't believe in zoom!  Oh well...it was what we asked for.  We got in the car and not 5 minutes later...this is what we saw... 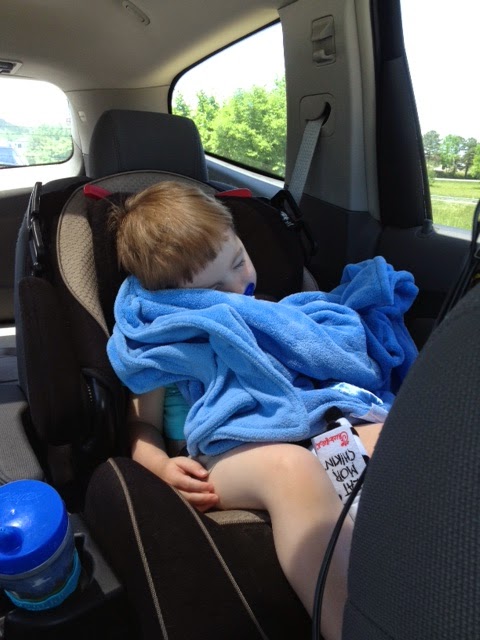 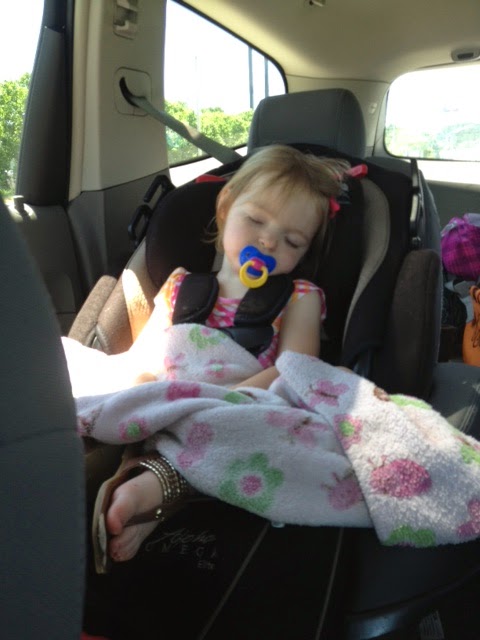 They were knocked out!  We stopped in Commerce for a little shopping and lunch.  We decided to try Five Guys since we have heard so many people talk about this place.  It was good but way to expensive for hamburgers.  Needless to say...Justin said he won't be going back there.  We got home about 4:30 and it was a great trip!  Emma & Evan are still taking about the animals!  What a wonderful family get a away!!