Well, this weekend seems to have been just as busy as last weekend was.  We started our weekend by visiting one of my dad's friends house.  Tony has baby bunnies and my dad has been wanting to take Emma & Evan to see them.  Since we got out of school early Friday and it was so pretty we decided to go.  Only when we got there...these weren't baby bunnies anymore!  They were grown rabbits and have even had babies of their own now.  I didn't realize it had been that long that Daddy has been asking to take them.  Well, they loved them.  They didn't actually get in the pen.  Evan would run to whatever side the bunnies were on and of course they then ran to the other side.  And he followed!  So, now we are considering the baby rabbit for Easter.  I had told Justin no but after seeing those sweet bunnies...I think I have changed my mind!  Hopefully we will have better luck with those than we did the fish! 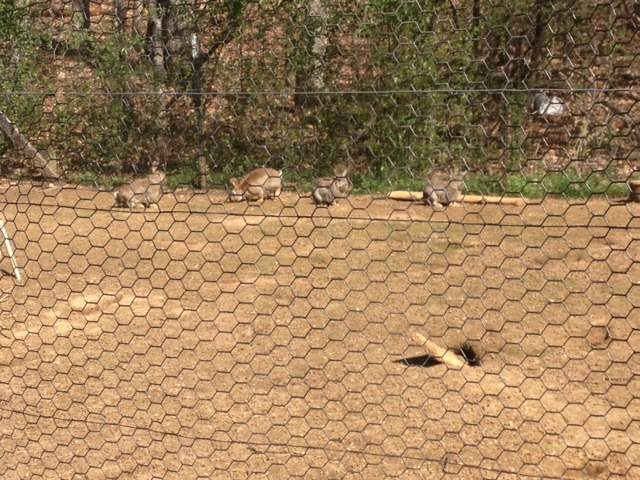 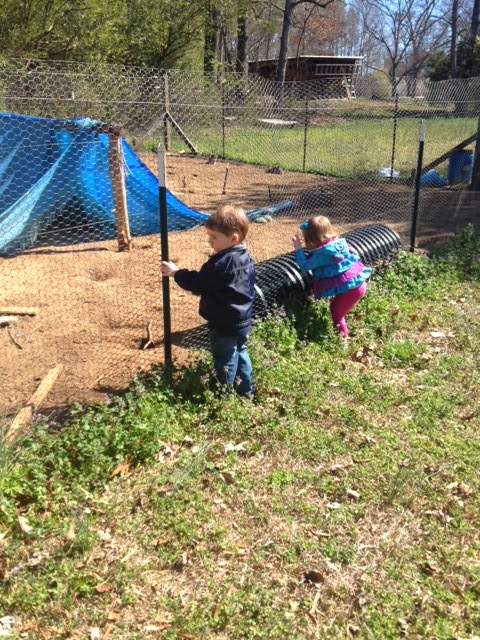 Saturday we spent all day getting ready for the reveal party.  Katie got the bright idea that we would make the cake from scratch!  We did take the cake decorating class.  It took us forever...but it was worth it!  Katie even finally used my stand up mixer.  I had to take a picture to show Justin!  He thought it would never be used! 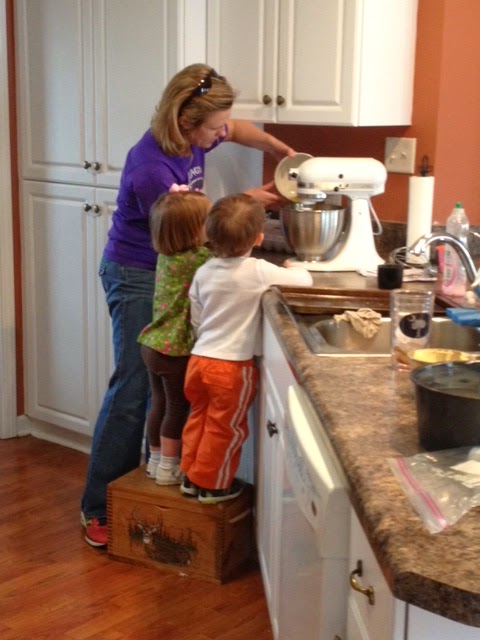 On to the party!  Here are so before pictures of how everything was set up.  We love a party and Katie always does a FANTASTIC job setting things up!! 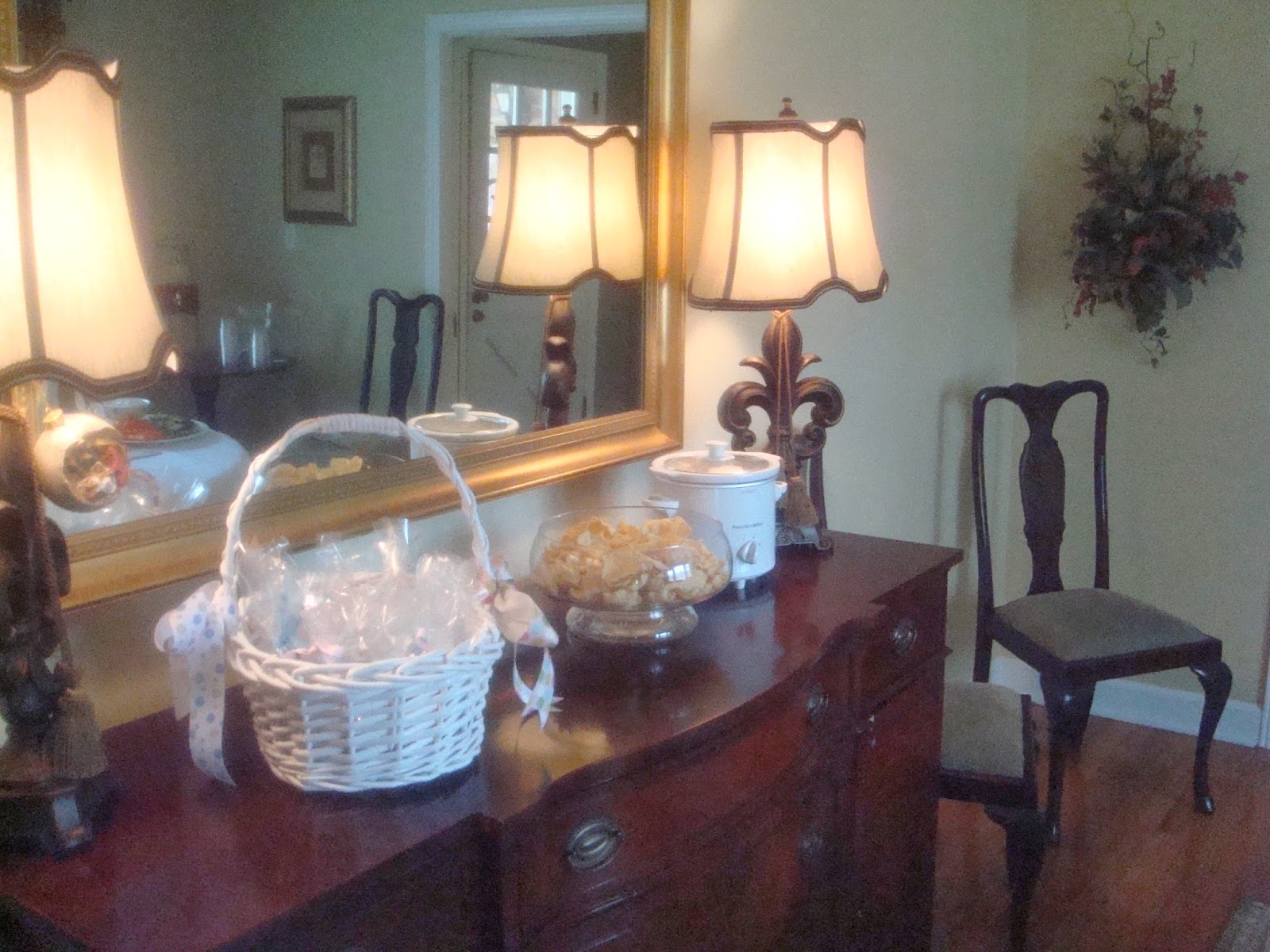 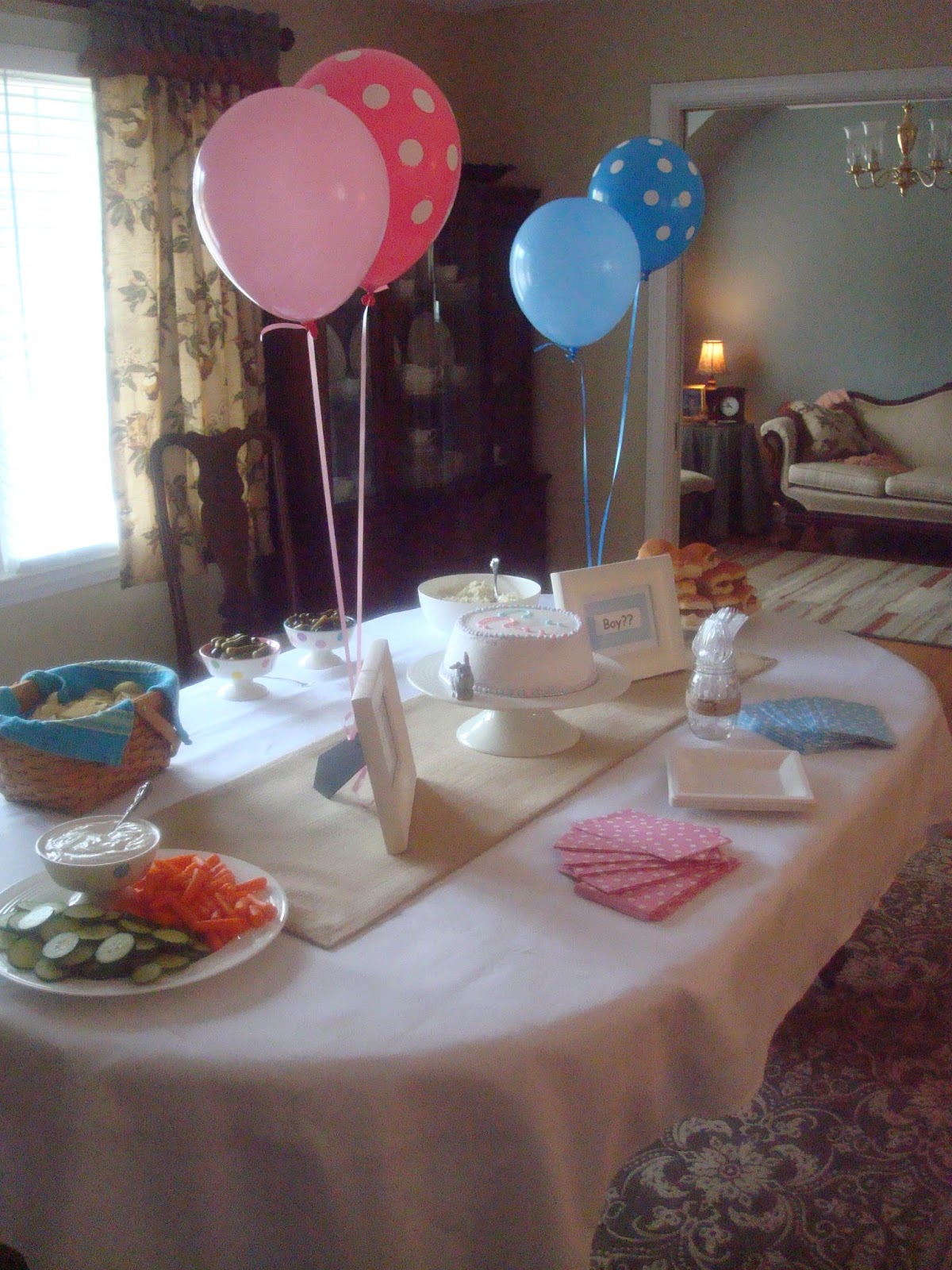 Our goodies bags & dip, and the food table.  We thought it looked good!  I just realized I don't have a close up of the cake, after all that hard work! 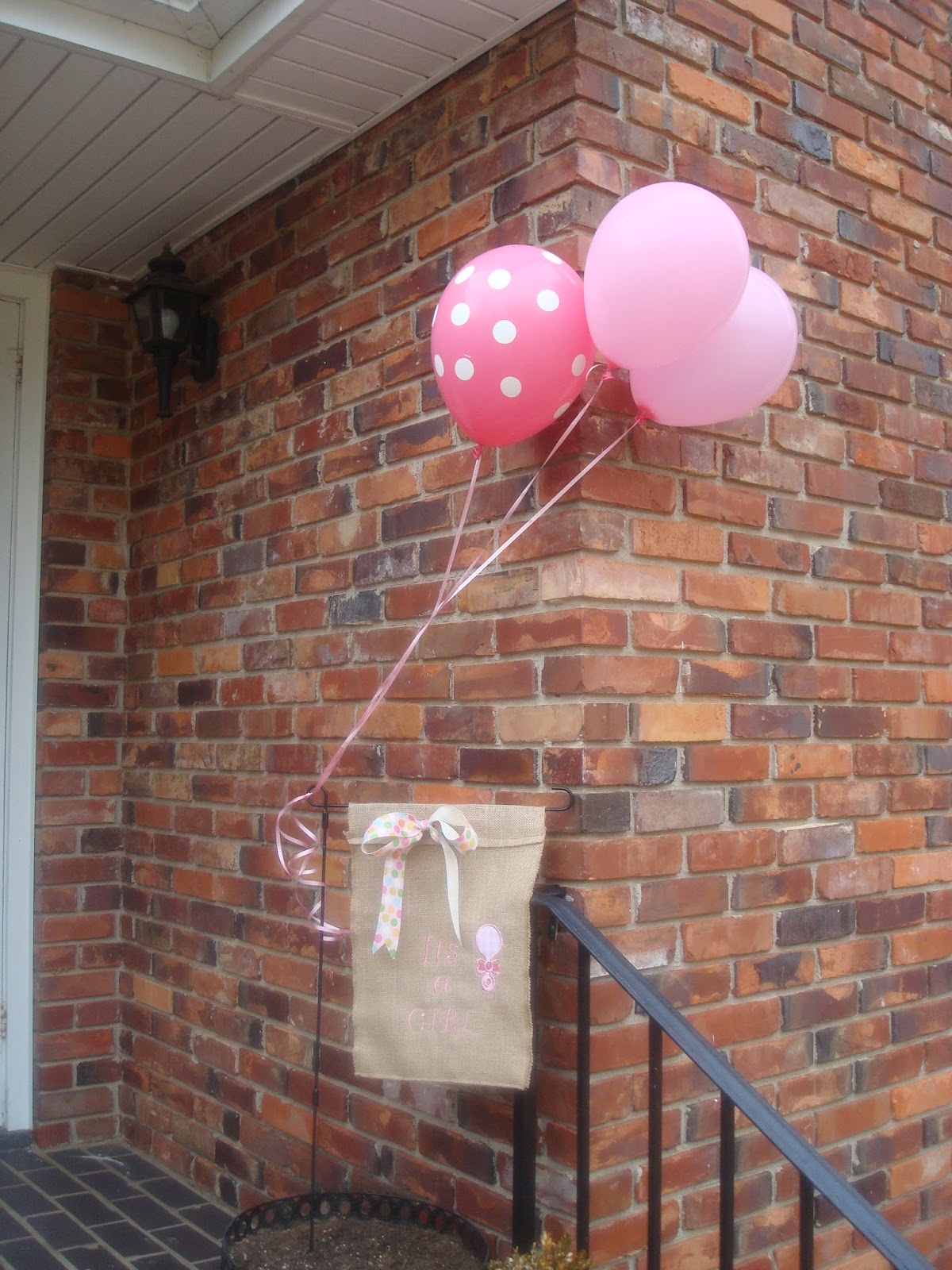 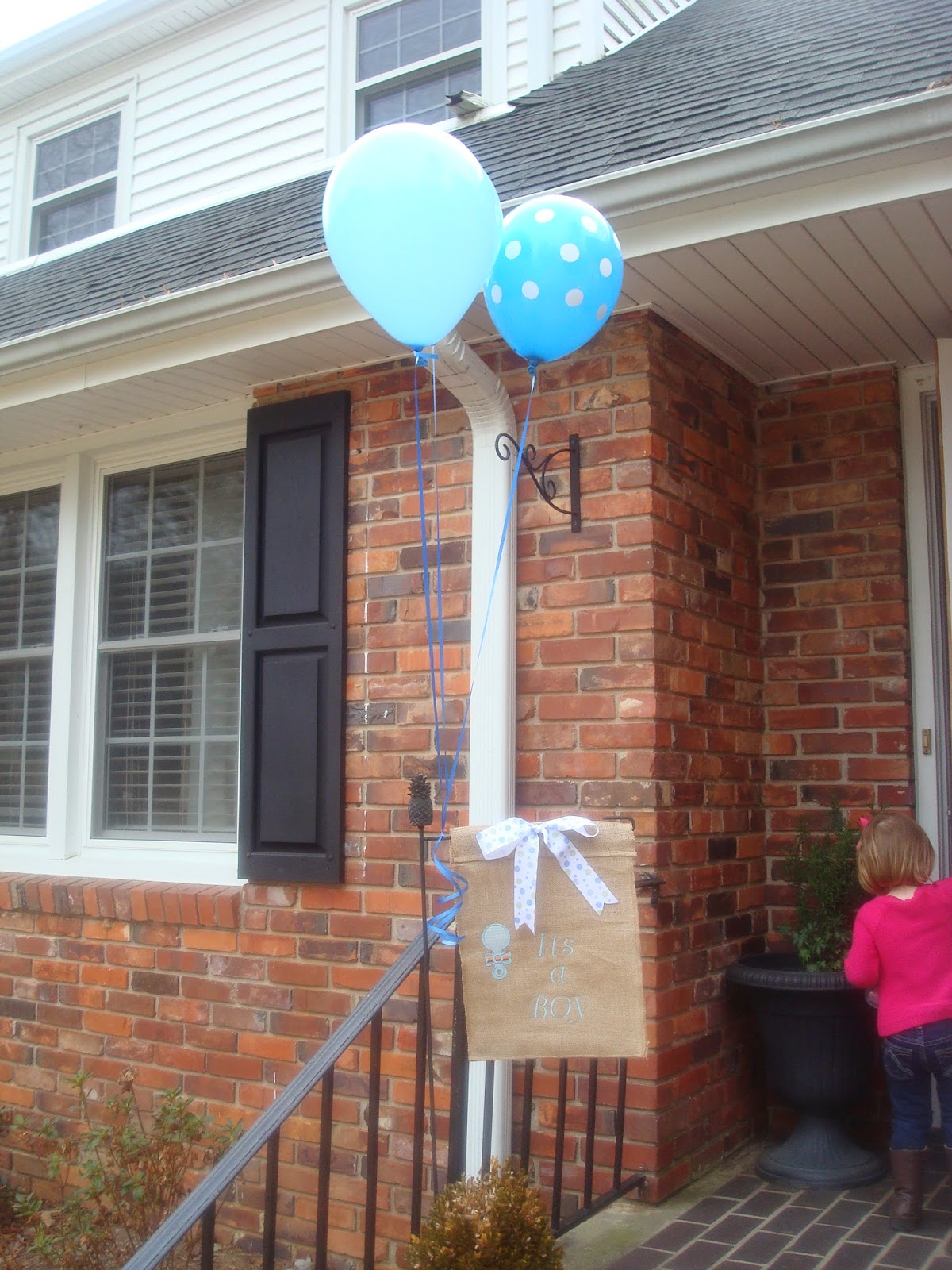 We even decorated the outside with personalized garden flags...made by me!

And of course we took some family pictures while we waitied on the other guest to arrive.  Each family was split half and half between boy and girl!  I think everyone though boy...they were just trying to scare Nick.  Except Emma....she really wanted a girl!! :) 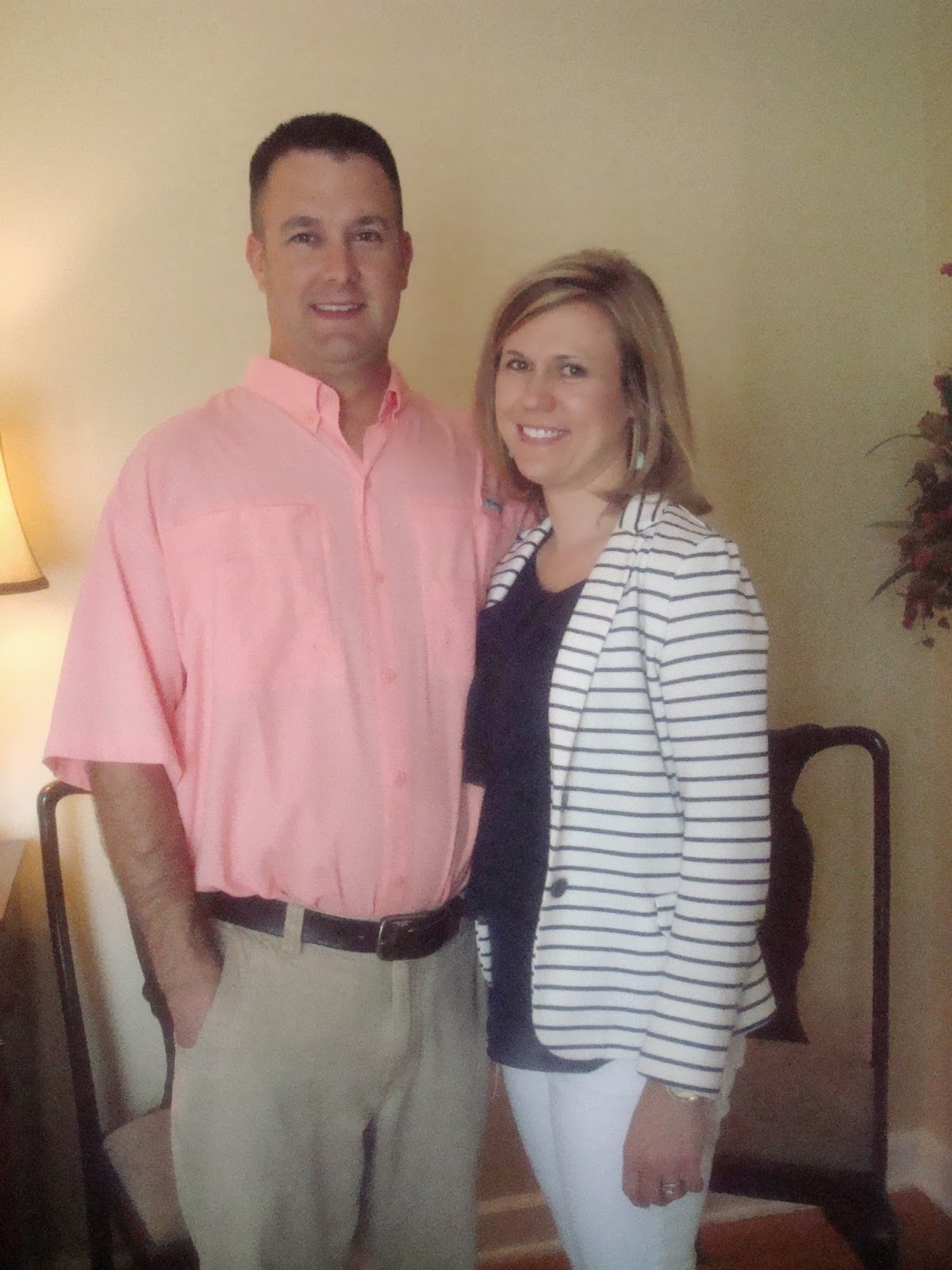 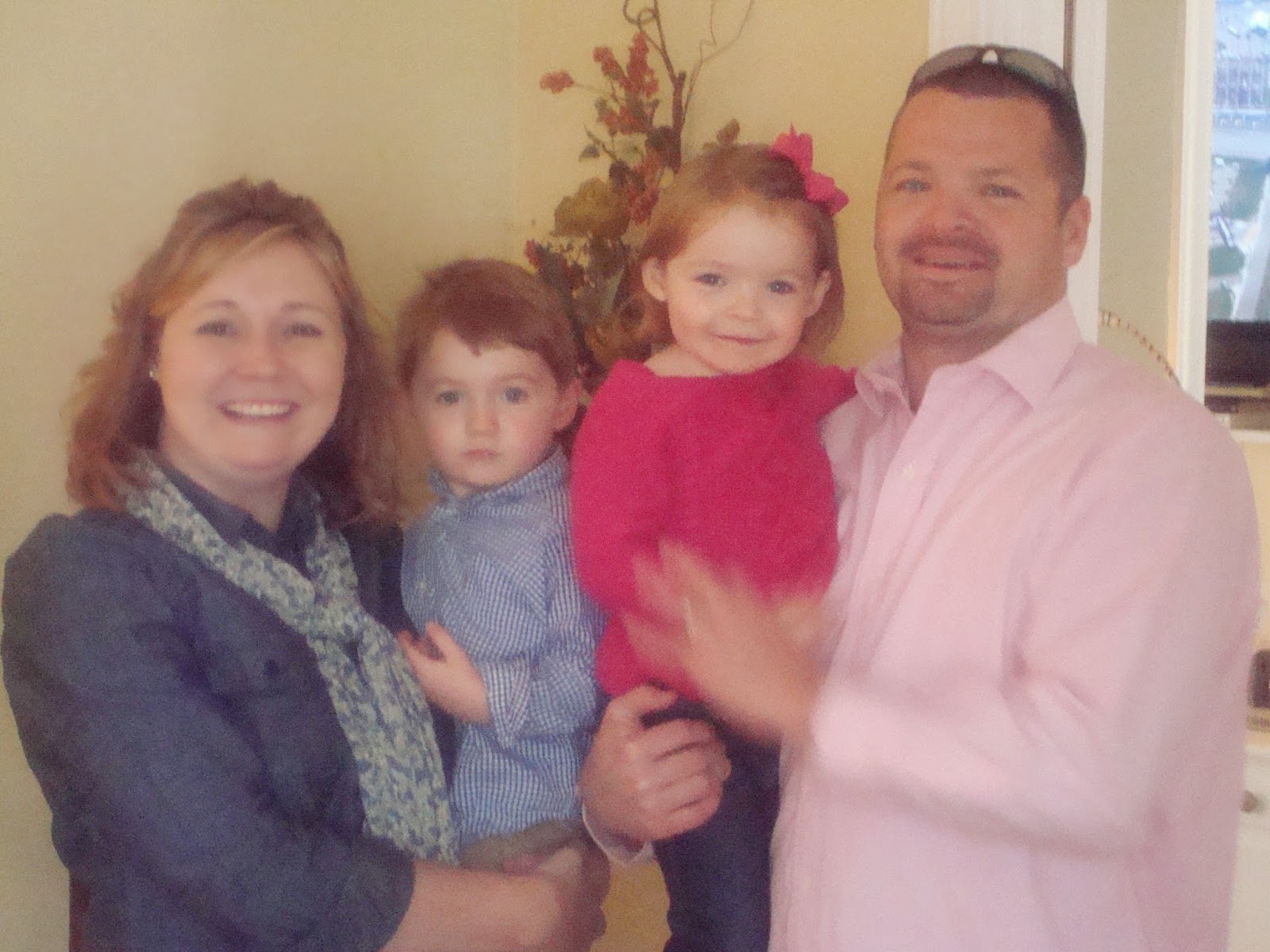 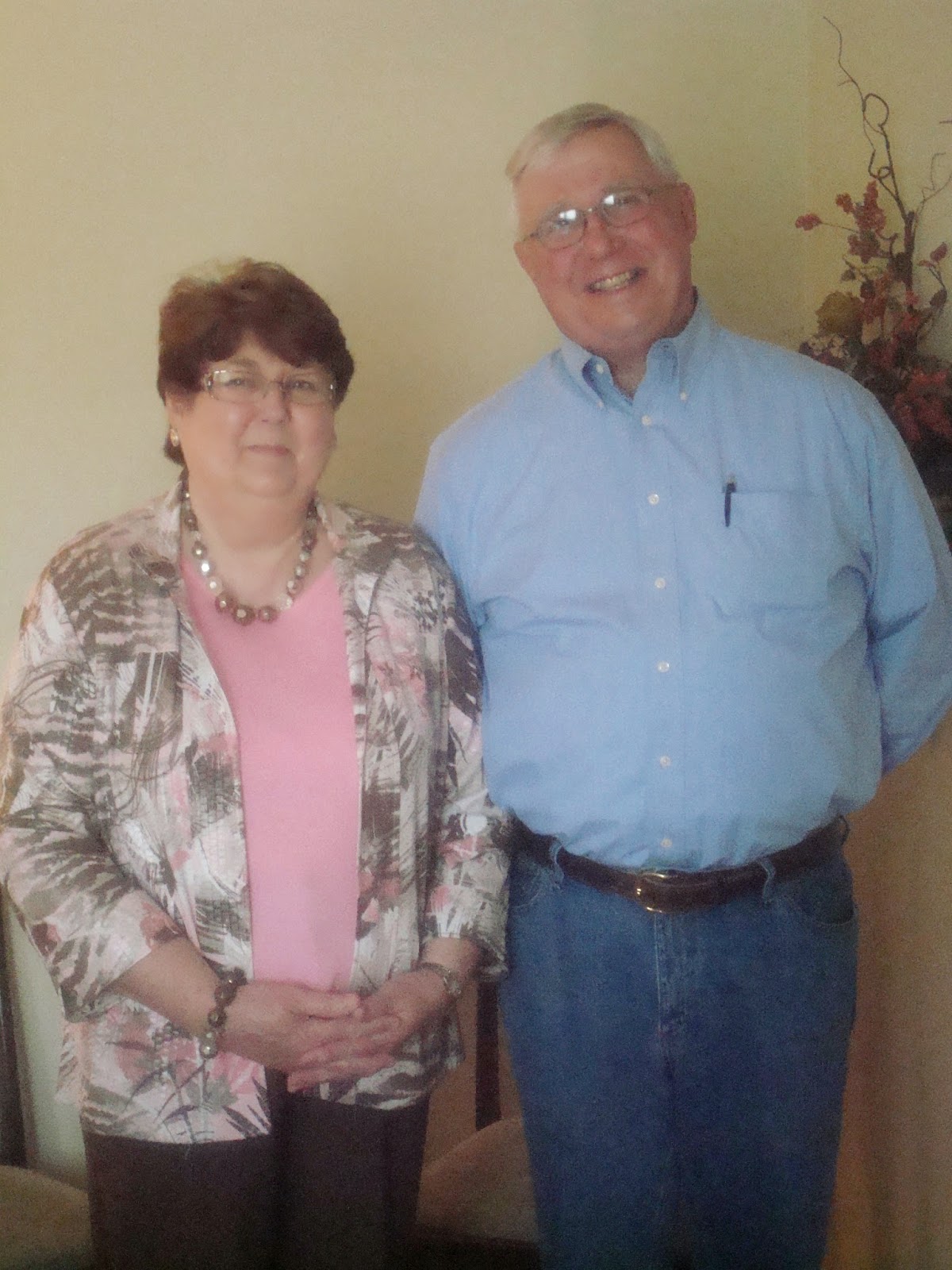 And then the fun began!  We ate and headed outside for the big reveal!  Our original plans were for Alison to blow up the balloons herself.  Nick wasn't even going to know what the baby was.  The ultrasound lady sealed it in an envelope.  Well, Saturday night...Alison decided even she didn't want to know ahead of time.  So, Matt's mom came to the rescue and did it for us!  She delivered the sealed box just minuted before Alison arrived!  That was so much more fun with no one knowing.  Here are the pictures I snapped of the reveal!! 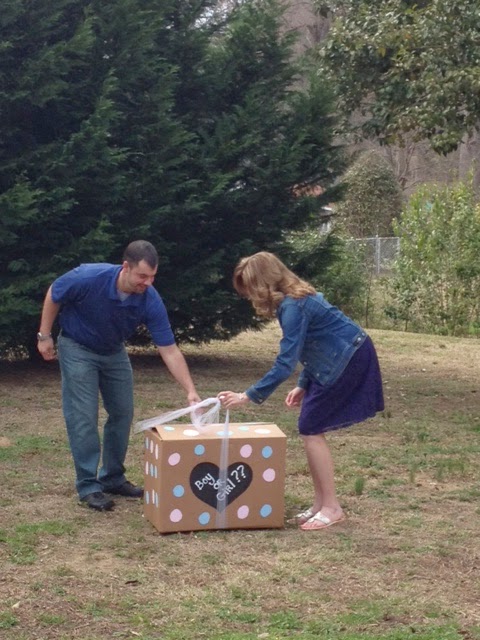 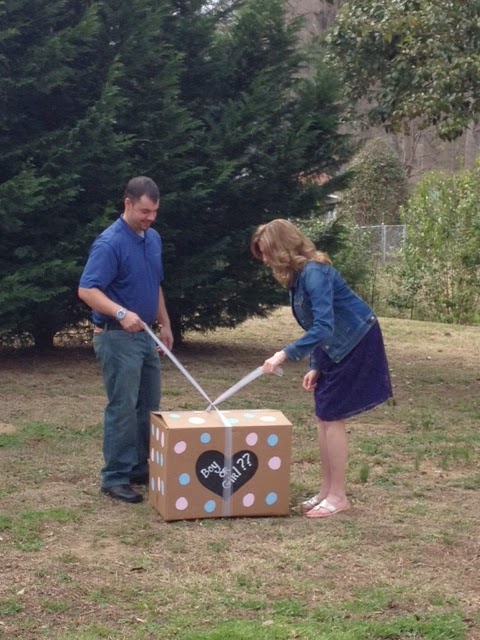 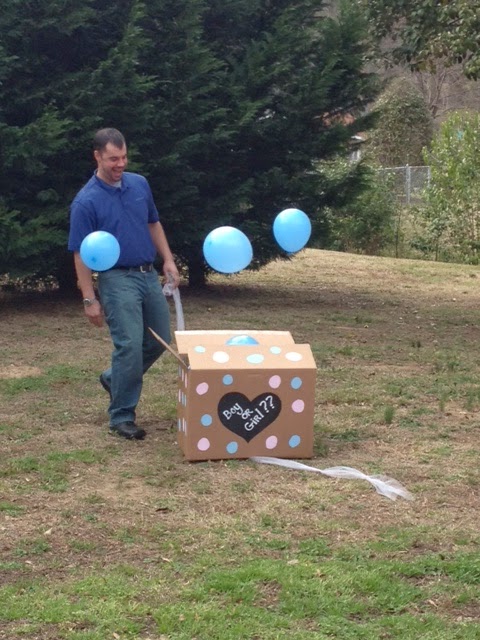 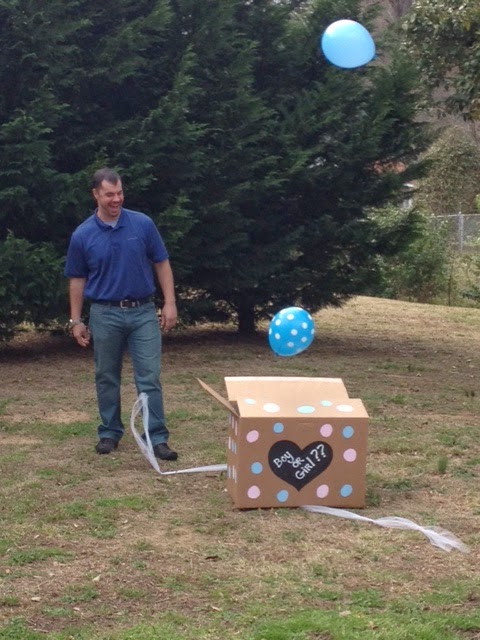 Nick was relieved to say the least!  He was scared it was a girl!! 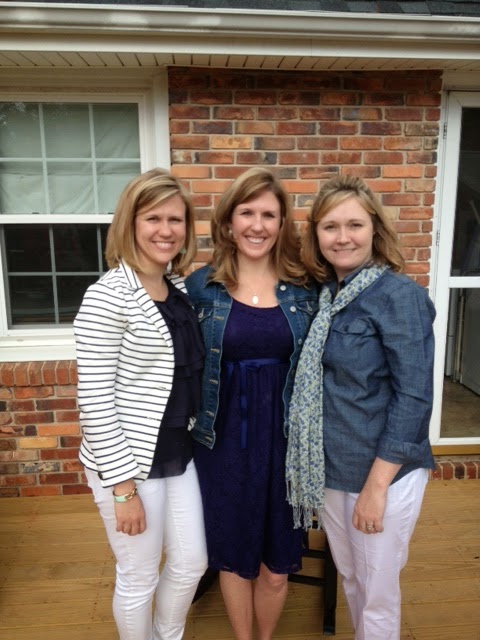 The "Reid" girls knew it was a boy the whole time!! 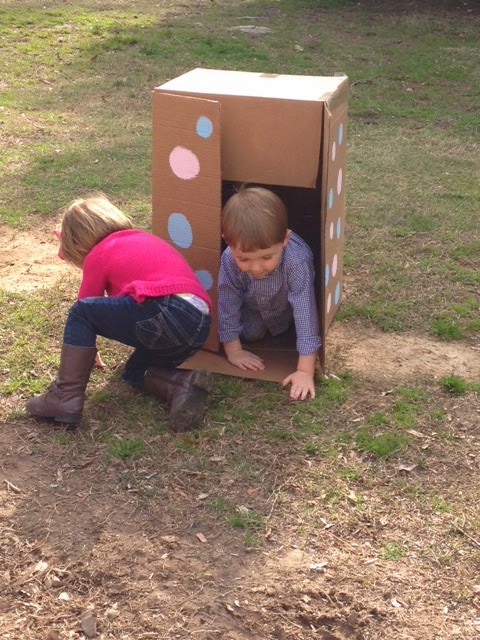 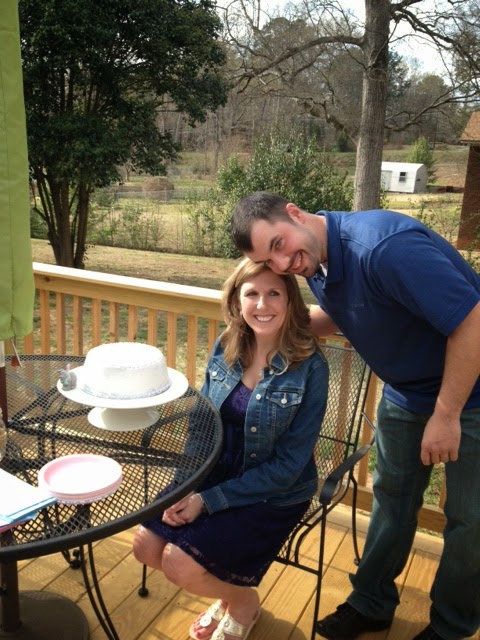 Then the box became a toy and the cake was cut into to celebrate! We had a fun time celebrating the "big reveal".  While all this excitement was going on today...we had some work going on at our house!  My new door is in!  It isn't as big as the old doors were...but it is MUCH more usable and practical!  It still isn't finished but I had to share... 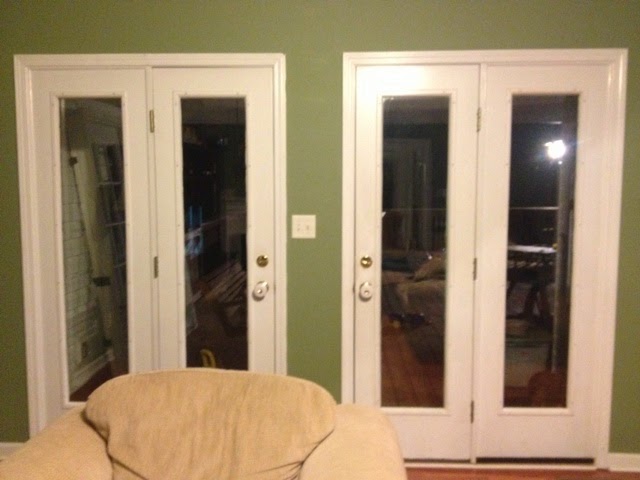 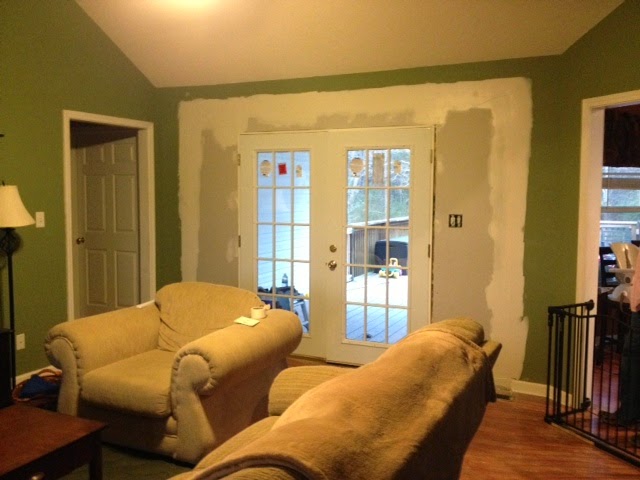 Anyway....that was our exciting weekend!  We aren't going to know what to do now that our life is settling back down!  Have a great week!!