T-ball has started...what an adventure!!

We have officially started t-ball.  Our second practice was rained out and third practice went better than the first one did.  Evan actually played and did what he was supposed to do! 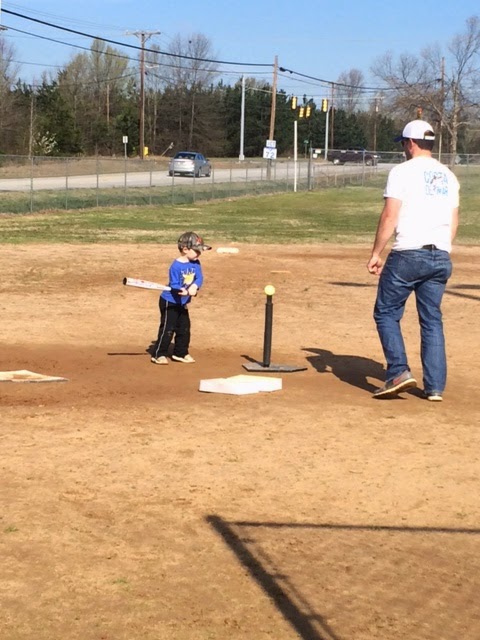 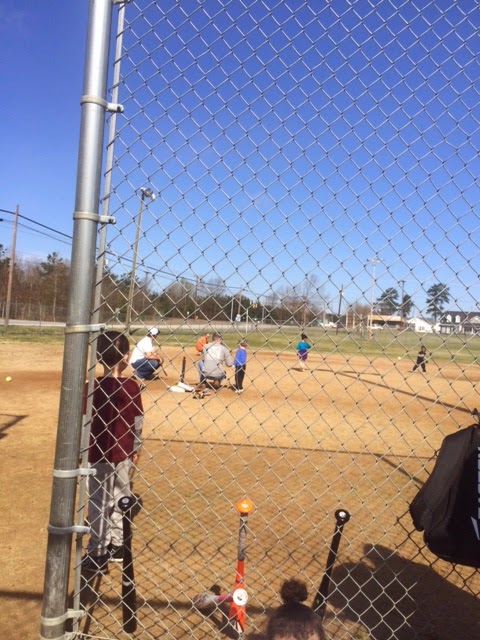 Saturday was his first game.  It did not go well!  Evan wouldn't do anything.  He was all ready Saturday morning and then we got to the game and he did nothing!  All he would say is he was cold and he wanted to go home.  He did hit one time but he didn't want to run the bases or anything else.  But he sure looked cute!!  I told Justin I took care of my part...he just needs to work on his part!  Evan says he wants to keep playing so we will see if the next game goes better!  Here are a couple pictures I took before the game!! 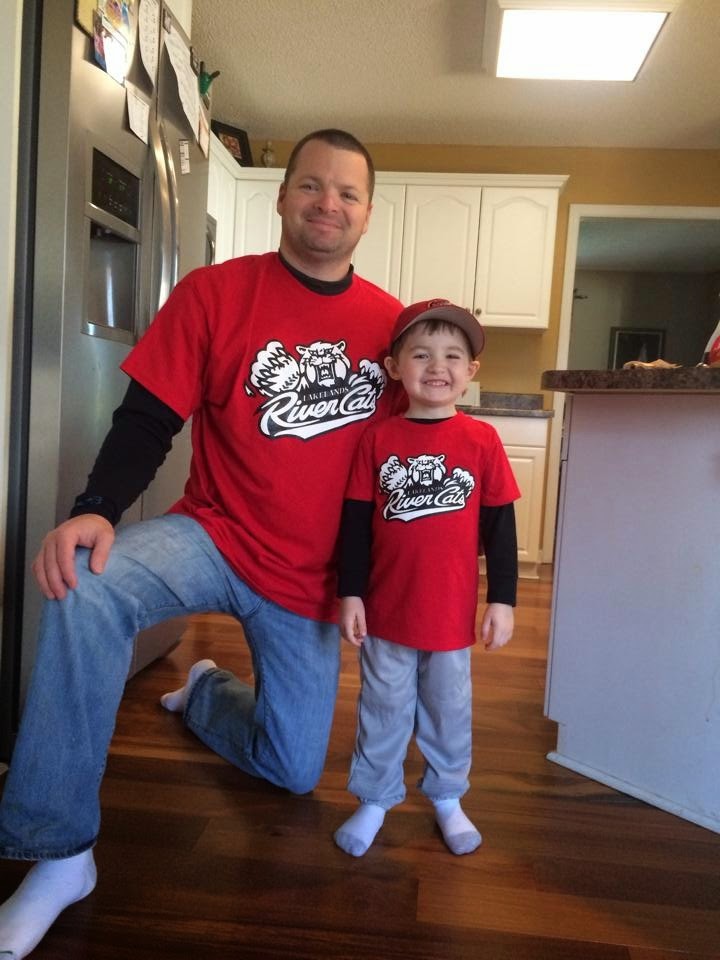 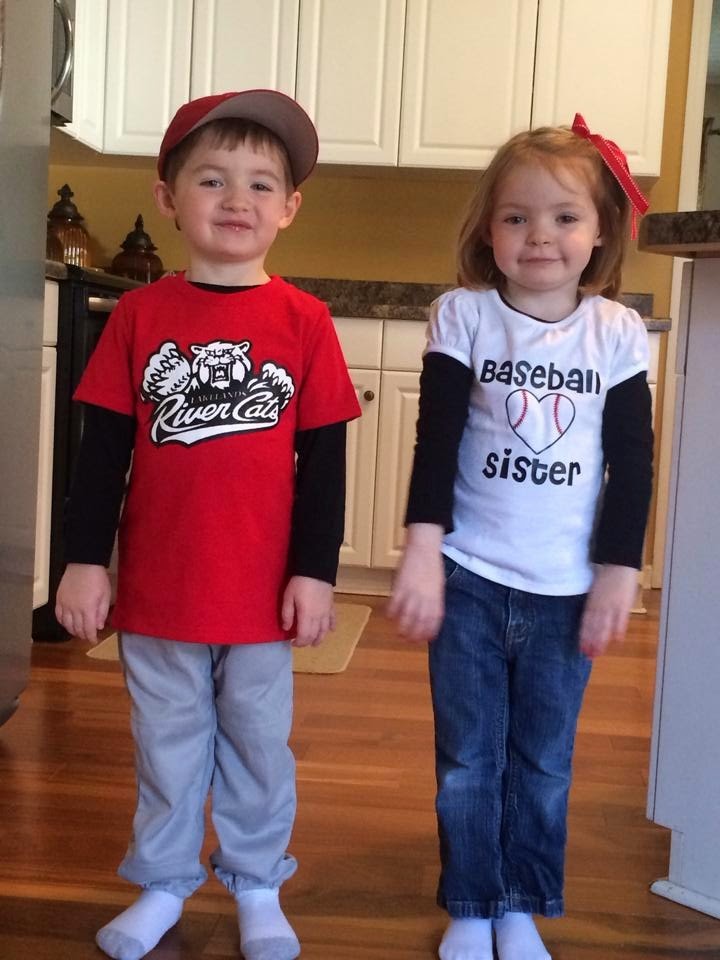 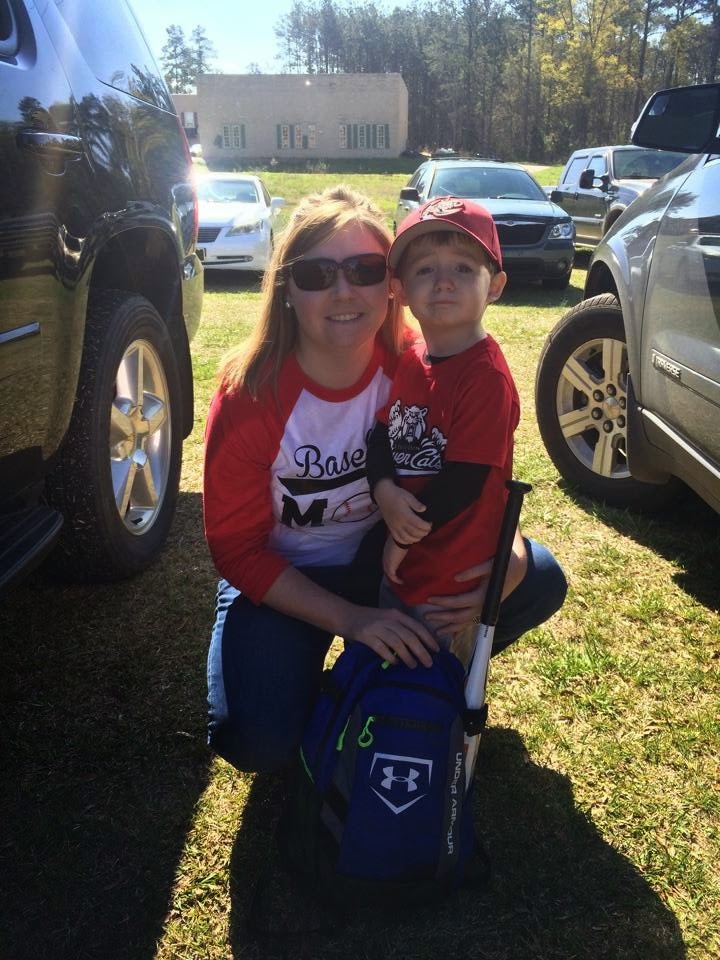 I wanted me a cute shirt to wear and since we have been making a big deal about Evan and all I wanted to do something special for Emma...so I got her a shirt too!!  She was excited to wear her new shirt and support Evan.  It was funny because all along I would tell Emma we were going to be the cheerleaders and Evan would tell us he didn't want us cheering for him.  We could clap but that was all he would allow.  He does not like attention!!  He gets that from his momma!!  Saturday night Lacey Pileggi had a surprise party for Jeremy!  He turned the big 3-0!!  The party was at Ashley Walker's and they had a big turnout!!  Only thing was Jeremy was late to his own surprise party!  He had been in Columbia with Jayden at the Sportsman event going on and then went by Sam & Kitty Stewart's house to shoot bows and they couldn't get him to leave.  It was priceless to see his face when he pulled up though.  I love a good surprise!!  So, we had fun celebrating with them!!  In other Turner news...the guy is coming tomorrow to start on our pool!  With all this rain, they have tried to start three times and had to postpone it.  So, looks like there will be no turning back after 2:00 tomorrow.  With rain coming on Tuesday & Thursday...it looks like they will be pumping water out of this massive hole they are about to dig in our backyard!!  Justin got out there on the bob cat this afternoon and got the last of the deck gone.  He let E&E ride around with him and they loved it. 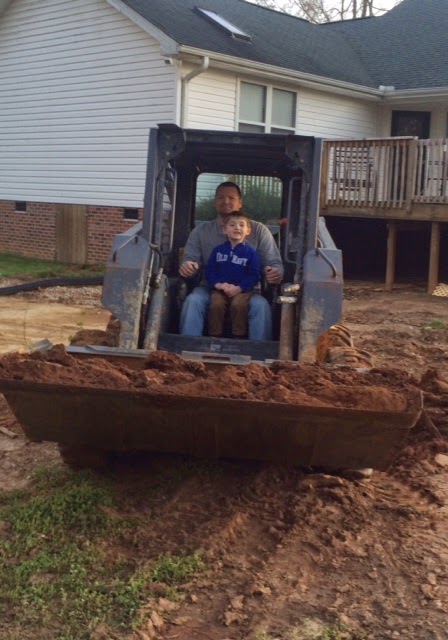 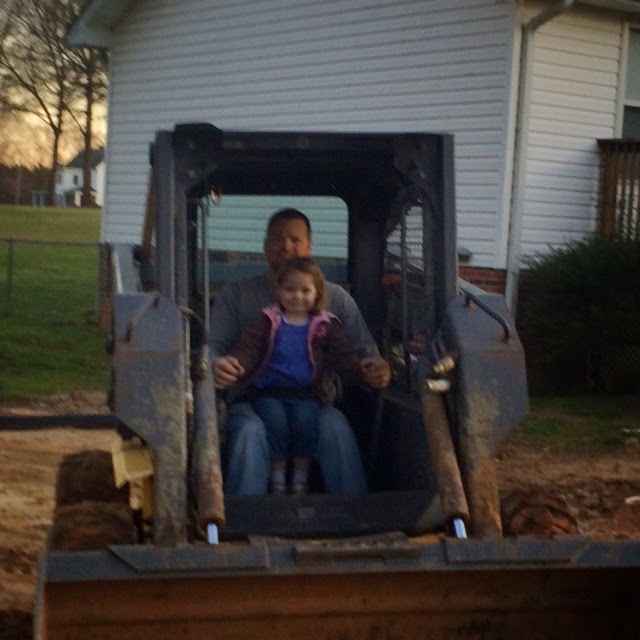 Our yard is going to be a t-total mess for a while.  I have just already accepted that!!  So, stay tuned for more t-ball updates and progress pictures of the pool!
Posted by mreid496 at 8:25 PM