I'm sure you are wondering where I've been in blogging world.  We have still been fighting sickness! I have never in my life see such! I sure hope this warmer weather is here to stay and we can all get better...myself included! I'd rather fight the springtime battle with allergies than all the viruses and flu! So what have we been up to??? Well, the few times that we have actually left the house that didn't involve the doctors office or the hospital, were for some fun and exciting things! Evan started tball this past Saturday. He got up all ready Saturday morning.  He got his glove and was throwing with Justin in the house.  He has actually gotten a lot better at throwing and catching. He will actually turn his glove to try and catch the ball now rather than take the glove off like he had been doing to catch the ball. You have to know how to work Evan. He does NOT like praise or you to make on over him. Wonder who he gets that from?? So, you have to just let him work at his own pace and figure things out for himself. As soon as Justin Turner realized that...life got much easier. So, once we got to the ball field...Evan was frozen to Justin's side and wanted no part of tball. About 15 minutes before practice was over he warmed up and started participating. He hit a few times and ran the bases. I thought about getting my camera out Saturday morning and thought I'd get it later and never thought about it again...so my trusty cellphone pictures are all I have and I only have three of those. So here is our little River Cat at his tball practice. 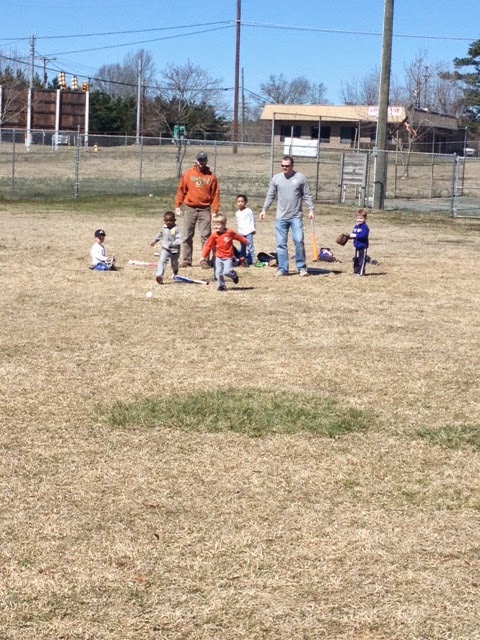 Evan getting his glove ready.  You have to look hard...we were trying to stay out of the way!! 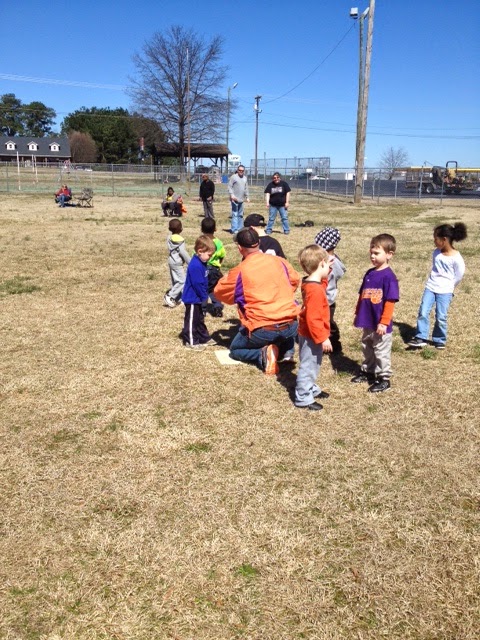 Waiting on his turn to run to 3rd base! 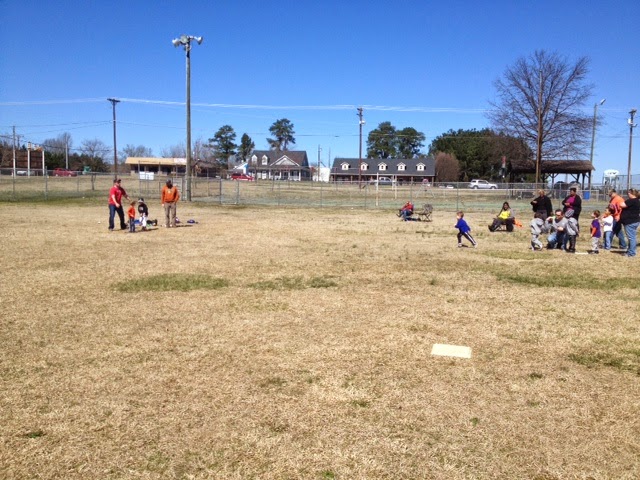 After practice we had lunch and headed to Colby's Monster truck party! A guy they knew let them borrow a truck and ride the kids around in the field beside their house. The kids played and played for over two hours. That on top of tbball practice wore my two out! i tried taking a picture of them riding in the truck and this was the best I could get. 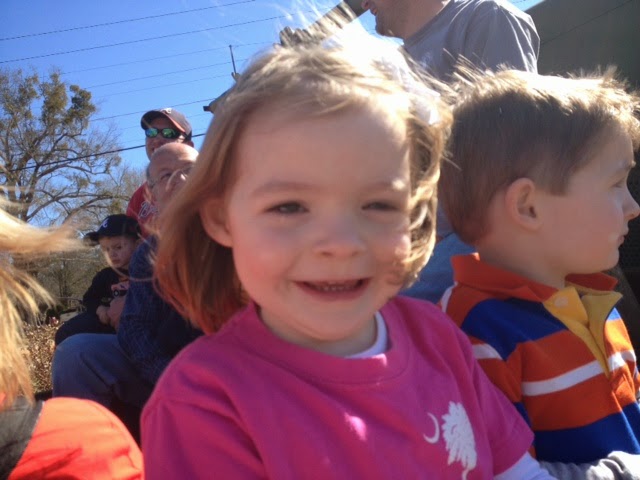 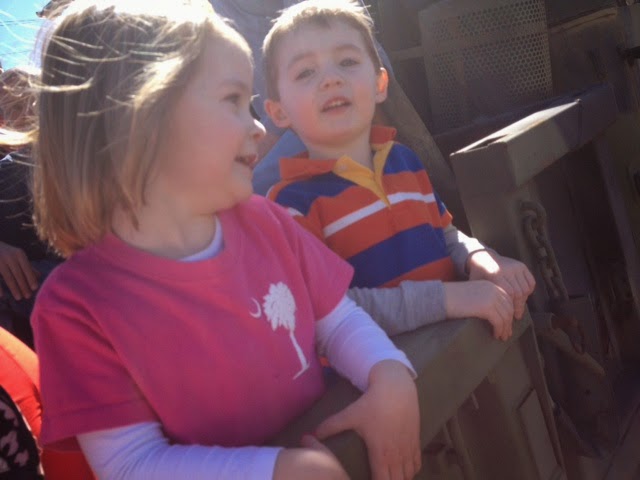 So, here it is Sunday afternoon.  It's actually my moms birthday and we aren't getting to celebrate. My dad has been in the hospital since Friday with a virus and now my mom has it too. I'm just praying hard she doesn't get as sick as my dad did. No worries though...her present will keep until next weekend and we will get to celebrate soon!! Justin has taken Evan on his first fishing trip that involves a boat! I am super nervous about that but Evan was excited. He told me to stay home and he'd bring me a fish back. I sure hope he catches something!! I did snap one picture before they left. 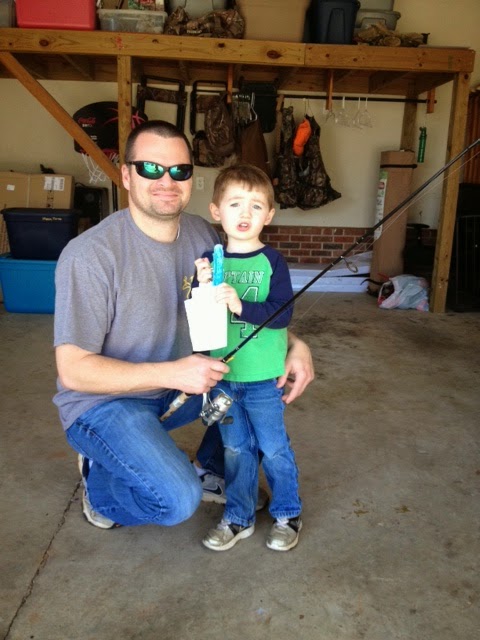 My baby is getting so big!! And my other baby is snoozing away! She asked me to lay down with her this afternoon and even though I know it was a ploy to put off nap time a little longer...it was such a sweet time together this afternoon. I had my phone playing music in the hall as they went to sleep so we could hear it over the monitor.  The house was all quiet and she was laying beside me and in her sweet little voice she started singing along with Laura Story's song "Blessings". I just laid there and cried listening not only to how big my baby sounded singing that song my sing but to hear her sing about Jesus is awesome! On our way to church this morning, about a mile before we got there...Evan realized we were going to church and asked..."Momma are we going to church?" When I said yes...he responded "I love church!" Oh how they make me so proud!! Our Sunday school series right now is Visionary Parenting and it is fabulous!! Today's lesson was on life at home. One thing Rob said was " who we are at home is who we really are". You know so many times we put on fronts in front of others to make ourselves seem perfect and then have a completely different look at home! I really want my attitude to be the same at home and everywhere I go. That leads me to my title "four words that hurt". Are you wondering what those words are??? They are " I want my daddy!" I know it sounds simple but when for so long all Emma and Evan ever wanted was me...those words hurt! I can't even begin to count the nights I sat here holding them both as we wound down from the day or had to carry them both because daddy just wouldn't do. Momma always made everything better and now Daddy is coming into the picture. I said hundreds of times that I just wish they'd just let Justin do something for them but I never really meant it.  Don't get me wrong...I am so glad they love their daddy and more importantly that they have a dad that loves them unconditionally!! So, I am learning to adjust to the fact that I am not always going to be number one to them. I knew it was coming but it just hit me too fast! Now, the reason they want daddy is usually when mommy fusses at them but Evan was sick Friday and cried for Justin! Ouch!! All sick babies want their momma!! Anyway...we are just getting started on this parenting journey and I think I am in for a lot of surprises!! I would trade any of it though!! Hope y'all have a great week!!